It was more than a decade old, and it showed every rough mile that had been put on it. It was approaching 200,000 miles, the body was rusty, and the transmission sounded like metal grinding on metal.

There was a persistent hole along the windshield that proved impossible to patch that routinely allowed water to leak into the car on the passenger side. The solution to keep the floorboard from rotting was to drill a tiny hole in it at the lowest point so that the water would leak out onto the ground. Even better, during the winter months, both the inside and the outside of the windows would be covered in frost.

The body of the car on the front was slightly dented so that you had to use a screwdriver to open the hood. Some of the wiring was faulty, so that the fuses in the car would blow at random times, causing the headlights and the taillights to completely stop working. I kept spare fuses in the glove box along with a flashlight so I could change them if this happened at an inopportune moment.

It was an old junk heap of a car.

I loved it, though. For me, it was the first taste of freedom.

Of course, the car would have only netted me a couple hundred dollars if I tried to sell it. There were times where I was amazed that it ran at all.

Why on earth would I pay extra to have anything but liability insurance on this car? If the insurance company were to just total it and pay out the replacement cost, I would just get a pittance anyway. The other types of insurance added up to enough that I would have been nearly paying for the total loss value of my old beater annually just to maintain collision and comprehensive insurance on it. 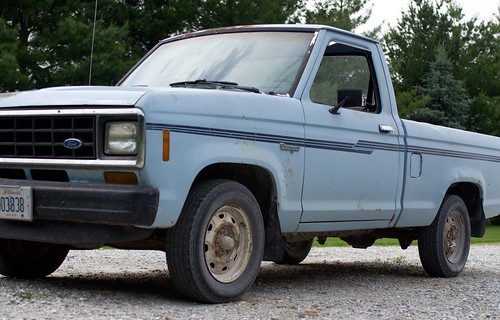 If you’re driving an old car that you know will have to be replaced in the future and you’re doing the responsible thing of saving up for that next purchase, take a serious look at your auto insurance.

How much are you paying for anything beyond liability insurance on your vehicle? How much does that add up to per year? How much would you actually receive in a total loss settlement (usually the value of the car minus the deductible)? How does that amount compare to the value of the old car you’re driving right now?

Make sure you know what you’re actually getting for your insurance before you sign up. If you’d only get several hundred dollars or a thousand or so from a total loss, you should strongly consider dropping everything but liability insurance and start padding your savings account for a replacement car.