How Comprehensive Insurance Saved Me From a ‘Bad Gas’ Nightmare

On Jan, 6 of this year, something crazy happened to us that I’ll never forget. After finishing up a week in Puerto Rico for winter break, we were driving home to Noblesville, Ind., from Chicago O’Hare airport when all hell broke loose.

Our kids were watching movies in the back of the car when my husband stopped off at Paylow gas station in Merrillville, Ind., to fill up. He turned on the pump and got back in the car, but the numbers on the gas tank would barely budge. Where it normally pumps several gallons per minute, the gas was basically dripping into our tank. But, since it was less than five degrees outside and he didn’t want to stop again somewhere else, he finished pumping and we left the station.

Within five minutes of pulling onto the interstate, our car was breaking down on the side of the road. Unfortunately, we were between interstate exits by the time it completely conked out. Worse, we were miles from anything – let alone someone we could ask for help.

Our car became freezing cold in a hurry. We tried calling Allstate Motor Club for help (we’re members), but couldn’t get a human being on the phone. Since we were still two hours from home at this point, we didn’t know a soul who could pick us up or help in a reasonable amount of time.

By the time my oldest daughter started crying, I knew it was time to call for help. So, I called 911.

The county police picked us up off the side of the road, along with our suitcases from vacation, then dropped us off at a local Holiday Inn. While I was embarrassed to call 911 for this “non-emergency,” the friendly police officers said we did the right thing. Because the weather was so cold, we could have frozen to death. Plus, it was completely unsafe to be in a tiny car on the side of the road for too long – especially at night and with our kids.

Once we got to the hotel, we called a tow truck and had our Prius taken to the local Toyota dealership. A full $120 later, our car was at the dealership, but we were still stranded.

Fortunately, my brother came and picked up me and the kids the next morning. My husband, Greg, stayed behind to see what was up with the car. At this point, we had no idea what was wrong – other than our car had broken down and wouldn’t start.

Finding Out We Got ‘Bad Gas’

Since we didn’t have an appointment with the Toyota dealership, it took the entire day for them to inspect our car. But once they started digging in, it only took them a few minutes to figure out what was wrong – bad gas.

Unbeknownst to us, the gas we pumped at the Paylow station in Merrillville was contaminated. The Toyota dealership took samples of the contaminated gas and gave my husband the bad news.

At first, our repairs were limited to draining our tank and cleaning the guts of our car. But after that didn’t work, they found they had to replace the spark plugs as well. They did these repairs over the course of several days, which meant my husband needed a rental car, too. When all was said and done, we had paid over $750 to the Toyota dealership.

Trying to Get Help

When he told them about the problem, they said the oil company – Luke Oil in Merrillville – was to blame. They also acted completely indifferent to our troubles, which wasn’t surprising since my husband only talked to a cashier.

From there, my husband was wise enough to call the county’s Department of Weights and Measures to file a formal complaint. After speaking with a woman in the government office, they asked him to submit our evidence via email. So, that’s exactly what we did.

The next day, I called Luke Oil and left a message. After some back and forth, they could tell us that the gas station owner was to blame – not them. Apparently, a bunch of people who bought gas at Paylow that night had the same troubles – bad gas and breakdowns. But Luke Oil hadn’t delivered contaminated gas; as it turns out, Paylow gas station had some sort of crack in their underground tanks.

At that point, Luke Oil was more helpful than they had to be. Not only did they tell the gas station owner he needed to contact all the drivers who had issues, but they gave me his personal cell phone number. At that point, I figured I would file a claim with his insurance company and get reimbursed… eventually.

Unfortunately, it was all downhill from there. After I didn’t hear from the gas station owner for a few days, I called him. This guy was an absolute lunatic. He sounded drunk, and told me my car issues were my problem. He also said he didn’t have insurance, so he was going to file bankruptcy. Lastly, he accused me of trying to extort him. As he hung up, he screamed, “Suuuuuuuuuuuuuuuuue me!”

It was obvious I wasn’t going to get a bad gas reimbursement from him. He didn’t care about my predicament, how much I spent, or who was at fault. And, according to him, he didn’t have insurance and was filing bankruptcy anyway.

Frustrated, I called my insurance company – Allstate – to see what they had to say. And finally, I got some good news.

Comprehensive Car Insurance to the Rescue

Once I got on the phone with Allstate, my mind was put at ease. Not only did we have full coverage (including liability, collision, uninsured motorist coverage, and personal injury protection) on my husband’s car, but we had comprehensive coverage as well.

Once we got that information, we quickly filed a claim with Allstate. This entailed giving the agent our details and faxing copies of our hotel bill, tow-truck bill, and car repair bill. Since we asked the Toyota dealership to document the issues caused by the bad gasoline at length, we sent that paperwork along as well.

Within a week, Allstate called us back to say they accepted our bad gas reimbursement claim. A few days later, we received a check for around $840 – the cost of our car repairs and tow bill minus our $50 deductible. While our hotel bill wasn’t covered in our claim, I was thrilled to get the bulk of our expenses back.

While I had never heard of people getting bad gasoline before, I quickly learned this kind of thing is common. Apparently, oil companies occasionally run into a situation where the gas they deliver is contaminated with water or residue or some kind. Then there are instances like the one I ran into, where the gas station itself had a leak.

Either way, I learned a lot about this issue along the way – including how many things we did right. While I had no idea how to handle this issue at the time, a little voice in my head told me I should document everything. So our big “wins” here included:

The only real “mistake” we made was that we didn’t save our receipt from the gas station itself. We did document our gas purchase with our credit card bill, however. While our insurance company said they preferred the actual receipt, the credit card bill seemed to suffice.

Here’s the funny thing: When my husband stopped by the gas station one last time, it was completely shut down. A sign on the door said, “Closed for electrical problems,” and all the tanks were closed off. A smaller sign on one of the gas tanks said the station was closed until they could receive approval to reopen from the Dept. of Weights and Measures.

In the end, I wouldn’t have done anything differently. But at least I know now that this can happen, and what to do if it does. If you find yourself in a similar situation, my best advice is to save everything and write it all down. Document each step you take, and don’t back down. Lastly, if you don’t get anywhere with the gas station or oil company, call your insurance company for help.

Have you ever heard of this issue before? Has your car ever broken down because of old or contaminated gasoline? 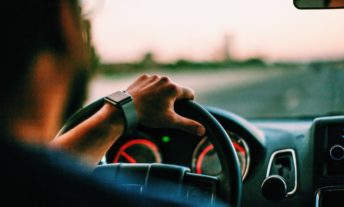 Comparing Geico, Progressive, Allstate, and State Farm: Which Is Best for Car Insurance? 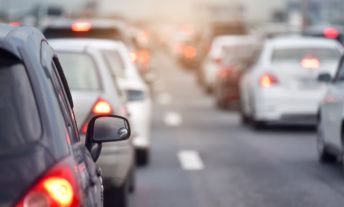