Are Radar Detectors Legal and How Do They Work?

Would you drive above the speed limit if you knew you wouldn’t get caught? For many, investing in a radar detector allows them to do just that — even though we obviously don’t recommend speeding. The cop detector industry is expected to be valued at $20.6 billion by 2023, so as you can imagine, there are many radar detector options on the market.

We take a deep dive into everything you should know about radar detectors, including how they work and if they’re legal.

To understand how radar detectors work, it’s important to first know the difference between devices and the language used around them.

What are radar detectors?

Radar detectors are small devices that drivers install in their cars to detect the presence of radar, which is used by law enforcement to detect the speed of cars. When a radar detector detects radio waves emitted by a radar gun, it will alert the driver. It’s used to warn drivers to adjust their speed if it’s being measured by a police officer nearby.

It’s relative whether radar detectors work. It depends on the type of device you use and the device the law officer is using. As technology advances, there is a push and pull between the radars and the detectors. For example, speed cameras can only be detected by radar detectors that are in the 4-star or 5-star category. Although it’s considered outdated in most of the U.S., some police radar guns still operate using X band radar.

How do radar detectors work?

For radar detectors to work, there needs to be a radar in the vicinity. We’ll walk through how a radar detector works, starting with how it’s triggered — the radar gun.

The police officer points the radar gun at the road they are checking speeds and can determine the speed of every vehicle that passes.

This process happens at lightning speed, so it appears nearly immediate to the police office tracking your speed.

If a police officer pulls up behind you and then turns on their radar gun, the radio detector will not help, since the police officer has already collected your speed.

Avoid a speeding ticket by slowing down before a police officer catches your radar reading.

Radar detectors are nothing new. In fact, they’ve been around since 1968. However, the legislation around them has evolved over the years.

Owning a radar jammer, or a device that interferes with law enforcement radar guns and blocks police from getting an accurate reading, is a whole different story. While there are nine states that have made it illegal to own a radar jammer, there can be harsh repercussions for using one in any state in the U.S.

For some background, The Federal Communications Commission (FCC) has banned the operation, marketing, or sale of any type of jamming equipment due to safety risks. That’s why you don’t see radar jammers in advertisements or stocked on the shelves of retailers.

So, what’s the consequence for getting caught using a radar jammer?

If you get caught using one on a federal interstate, regardless of state, there are harsh penalties — up to a $50,000 fine and/or five years in prison. As for getting caught for using them outside of federal roads, there are 9 states that have made radar jammers illegal: California, Colorado, Illinois, Minnesota, Nebraska, Oklahoma, South Carolina, Tennessee, Virginia and Washington D.C.

A dash- or window-mounted radar detector is secured by suction cups and can be moved from one car to another. This can be a great option for those who want to share the device or transfer it to a rental car temporarily.

Many police agencies have started to replace police officer speed traps with speed cameras, which are a lightweight, easy-to-install and cost effective way to catch speeders. Speed cameras take a picture of your vehicle if you’re driving above the speed limit, ultimately capturing the color, make and model of your vehicle, and license plate. A violation is sent to your home address thereafter.

Speed cameras operate using a low power K band or Ka band. Let’s dive into the difference between each type of band and how it relates to radar detectors.

What is a Ka band?

This is the most modern type of radar band frequency on the market used by law enforcement today. Ka bands operate on radio waves between 33.4 GHz and 36.0 GHz. The high frequencies make it more difficult for radar detectors to detect it unless it’s a highly-rated, newer device. If a radar detector picks up a Ka band, it’s likely law enforcement as it’s unusual for other devices to emit the frequency.

What is a K band?

What is an X band?

X band is the lowest level of radio waves operating between 8.0 GHz and 12 GHz. This type of radio wave is mostly phased out in the U.S., but some rural areas and some states, such as Ohio and New Jersey, are known to have law enforcement still using the X band.

Do your research and consult with an expert before investing in a radar detector if you want it to detect speed cameras.

Are radar detectors worth it?

The best advice we found to avoid getting caught for speeding is: “Don’t speed.” We know, not quite what you’re looking for however, weigh the possibility of getting caught with a radar detector or radar jammer (if you’re in a state where it’s illegal) to decide if it’s worth installing one in your car.

Download our infographic for a snapshot of the mechanics of radar detectors. 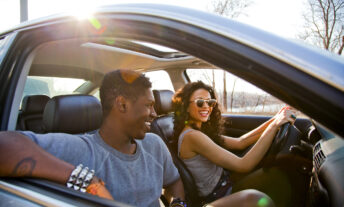