We are an independent, advertising-supported comparison service. Our goal is to help you make smarter financial decisions by providing you with interactive tools and financial calculators, publishing original and objective content, by enabling you to conduct research and compare information for free - so that you can make financial decisions with confidence. The offers that appear on this site are from companies from which TheSimpleDollar.com receives compensation. This compensation may impact how and where products appear on this site including, for example, the order in which they appear. The Simple Dollar does not include all card/financial services companies or all card/financial services offers available in the marketplace. The Simple Dollar has partnerships with issuers including, but not limited to, American Express, Capital One, Chase & Discover.

Planning to file a claim with your auto insurance provider? Here’s what you should know before making the decision to file because your premium rates may increase substantially.

This warning comes courtesy of a joint study between InsuranceQuotes and Quadrant Information Services. According to the data, drivers who make a single auto insurance claim saw their premiums increase on average by 44.1%. The study looked at the impact of claims worth $2,000 or more and compared premium increases in all 50 states and Washington, D.C.

Insurance rate effects after an accident

While the numbers show your rates could surge after an accident regardless of where you live, some states report costlier increases than others. As the InsuranceQuotes study noted, the following five states reported the largest premium increases after a single auto claim worth $2,000 or more:

States with the lowest premium increases after a similar claim included:

Experts who commented on the study blame the wide swings in premium increases on the fact that insurance regulations largely vary by state. In California, for example, voters passed a proposition in 1988 that limited the factors insurance companies could use to set auto rates. Because California insurance premiums from that point forward could only be based on driving record, average miles driven and years of experience, it’s only natural for at-fault claims to cause premiums to burst.

In Maryland, insurance companies can base premiums on factors including gender, age, occupation, credit score and marital status. The state’s broader base of rules for insurance companies may punish unmarried young men with bad credit whether they’re good drivers or not, but it’s likely the reason Maryland reported the lowest after-accident premium surges of any state.

How long will my rate be higher?

Increases in your insurance premium can last as long as three to five years after an at-fault accident if damages to your vehicle exceed over $2,000. Rates vary, with some insurers charging much more than others.

How to lower your rates

While you can’t change the accident after it’s happened, there are a few steps you can take to try to reduce your premium:

[Read: When Should You Downgrade Your Car Insurance?]

Which claims increase your rates the most?

Not surprisingly, the InsuranceQuotes study concludes that bodily injury claims can cause your premiums to spike the most.

“Bodily injury claims are filed whenever a driver causes injuries to individuals as the result of an accident,” notes the press release. “And because they are often so costly, every state except New Hampshire requires drivers to obtain a minimum amount of coverage for these circumstances.”

Comprehensive auto claims resulted in the least significant premium increases overall. Unlike bodily injury claims which can result in significant medical bills, comprehensive claims include instances like getting bad gas in your car, hitting a deer or having a tree fall on your car.

In each of these cases, the costs are usually insignificant. Still, the average premium increase after a comprehensive claim was 2% nationally across the board. Only Nebraska (10.6%), Louisiana (9.7%), Minnesota (7.1%), Wisconsin (6.9%) and Iowa (6.8%) reported increases much higher than average.

What if the accident wasn’t my fault?

If your insurance company doesn’t offer accident forgiveness, whether or not your rates will increase after an accident in which you were not at fault is insurance provider specific. Some providers will not increase your premium if this was your first accident, but if you have several accidents, even if you are not at fault, it could result in an increased premium.

The bottom line is, while you are better off to have a not-at-fault accident, any accident at all may increase your auto insurance rates.

This depends on the insurance provider but with most, you will see a rate decrease after three to five years of no accidents.

If you are involved in an at-fault accident, you will not have a choice to file a claim or not unless the other party in the accident agrees not to file a claim.

However, if it is not an at-fault accident, get an estimate of the cost to repair your vehicle. If it is at or above your auto insurance deductible, find out how much it will affect your annual premium and then determine whether it makes good financial sense to file the claim. If the damage estimate is below the deductible, it will most often be in your advantage to avoid filing a claim.

We recommend filing a police report after any and all auto accidents. This gives you the official record necessary to file a claim and covers your bases in the event a lawsuit is filed by another involved party.

What’s the Average Cost of Car Insurance In the US? 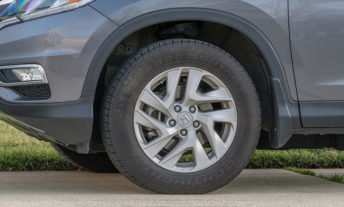 The Best Car Insurance Companies of 2020