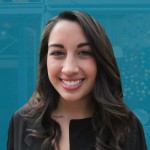 Michigan is known to have the highest auto insurance rates in the nation, but that may soon change. Michigan lawmakers recently changed the state’s no-fault law in hopes of bringing down the cost of auto insurance for drivers, which will take effect on July 1, 2020. Prior to this, there had been no significant changes to Michigan’s auto insurance law since 1973.

By 2018, Michigan auto insurance was ranked fourth in the U.S. for the most expensive premiums and 20% of drivers were driving uninsured, according to Dan Schrock, Jr., senior vice president of sales and field/life operations at the AAA-The Auto Club Group.

Schrock says the high cost was due to Michigan’s unique law of having unlimited lifetime medical benefits for those injured in an auto accident. Michigan is the only state in the nation to require drivers to purchase unlimited medical coverage with their auto insurance policies.

Erin McDonough, executive director of the Insurance Alliance of Michigan, said Michigan has also lacked checks and balances on what medical providers can charge for medical procedures to treat injuries from a car accident, allowing them to charge three to four times more for the same procedure.

“This disparity has made Michigan’s auto no-fault system a welcome mat for fraud and abuse, which costs families hundreds of dollars in additional premiums,” McDonough said.

How will auto insurance in Michigan change?

In July, drivers are going to have to decide on the amount of medical coverage they want to include on their auto insurance policy.

In the past, drivers were forced to purchase unlimited, lifetime benefits, which was a major factor that contributed to the rising cost of auto insurance in Michigan. Starting July 1, 2020, people will be able to choose from five PIP coverage options. A lower coverage amount is cheaper, but your medical expenses will only be paid to the limit you choose if you’re in an accident. According to McDonough, coverage options include:

In addition to more flexible coverage options, Michigan lawmakers are enacting additional reforms that will take effect for residents on July 1, 2020 (except for medical billing, which will take effect in July of 2021).

Under the new law, the default liability limits are up to $250,000 for a person who is hurt or killed in an accident and up to $500,000 for each accident if several people are hurt or killed.

The new law reins in medical providers that are overcharging by enacting a fee schedule to cap how much insurers pay, which takes effect on July 1, 2021.

However, there’s been some confusion on coverage options and whether drivers will end up paying less for car insurance. As a result, the Department of Insurance and Financial Services (DIFS) in Michigan developed an educational website to help drivers navigate the state’s new auto insurance law.

After all these changes, experts say they’re still trying to decipher if the law will overall lower insurance costs for drivers. The answer seems largely dependent on which level of PIP coverage an individual chooses.

The Michigan Catastrophic Claims Association (MCCA) announced last year it will only charge $100 per vehicle for drivers who choose unlimited medical benefits after the law goes into effect. The new fee is 55% less than the $220 yearly fee that Michigan drivers typically pay, according to a government press release.

McDonough said the fee covers the cost of medical bills if a driver gets “catastrophically injured” in a car accident.

“The MCCA oversees the fund, which reimburses auto insurance companies for the cost of medical care when it exceeds a certain amount, which this year is $580,000,” McDonough said. “Drivers could see additional savings depending on the level of medical coverage they choose.”

Erin McDonough is the executive director of the Insurance Alliance of Michigan, an organization representing the majority of auto, home and business insurance companies operating in Michigan. She is a graduate of Central Michigan University with a dual bachelor’s degree in geology and environmental science and obtained a master’s degree in resource policy and behavior from the University of Michigan.

Dan Schrock, Jr. is the senior vice president of sales and field/life operations at the AAA-The Auto Club Group in Michigan. Dan is graduate of the University of Iowa with a bachelor’s degree in economics and completed an insurance executive program at the Wharton School of the University of Pennsylvania.

Alex Gailey is a financial reporter at The Simple Dollar who specializes in banking, deposits, mortgages and personal finance. Her writing has been featured in Yahoo Finance, MSN, Atlanta Business Journal, Charlotte Business Journal, The Boston Globe, and elsewhere.