Nationwide offers vehicle coverage options you won’t find with most insurers, like gap coverage, which insures you for the amount you still owe on your car, rather than its assessed value, as well as new car replacement.

There’s also a total loss deductible waiver, which eliminates your deductible if your car is totaled. Nationwide doesn’t offer much in the way of discounts, but it has a Family plan, which enables all drivers in a household to share discounts. This is a great option to have, especially if you have a teen driver in your household. Nationwide isn’t for those interested in state minimum coverage, though. It requires you to purchase at least $50,000/$100,000 of bodily injury coverage, which is double what most states require.

Nationwide Auto Insurance At a Glance:

Customers haven’t been thrilled with the service they’ve received from Nationwide and several have taken legal action against the company for failing to pay out claims or covering up evidence of faulty repairs. Consumers have also complained that Nationwide does not use manufacturer parts when repairing vehicles, instead opting for cheaper aftermarket parts. If this is a concern for you, you may want to go with a company that is known for its customer service, like State Farm.

We’ve all heard the jingle, “Nationwide is on your side.” It promises quality coverage and efficient claims handling at a price that fits easily into your budget. Its agents are standing by 24/7 to assist you in choosing a policy or filing a claim.

Sort of. Nationwide offers excellent vehicle coverage options you won’t find with most insurers. Its gap coverage pays the difference between the actual value of the vehicle and the remaining balance on your loan if it is totaled in a crash. And its total loss deductible waiver means you won’t have to pay a deductible in that situation either.

Nationwide’s rates are slightly above average, and there are few discounts available to help you cut costs. It’s not a good choice for those interested in state minimum coverage because it doesn’t offer limits this low. Nationwide came out nearly $200 more expensive than my cheapest option, Progressive, but that was due in part to Nationwide making me choose bodily injury liability coverage that was double the state minimums. You may be able to get a better deal, but you’ll have to get a quote to find out.

If you are looking to insure multiple drivers in a household – especially if one of them is a teen driver – you’ll love Nationwide’s Family plan. This enables all drivers to share discounts. So, for example, if you get a multi-policy discount for insuring your home and auto through Nationwide, your teen driver will also receive the benefit of that discount. This is a rare offering that you won’t find elsewhere, and it may help make Nationwide’s rates more affordable.

Customer service is where Nationwide really struggles. In the latest J.D. Power auto insurance customer satisfaction survey, Nationwide scored below the regional average in eight out of 11 regions, receiving the lowest score of any company in three of those regions. Price was the biggest factor behind these low ratings, but claims handling also played a role. Nationwide has found itself at the center of several lawsuits in recent years for failing to pay out claims and concealing evidence about faulty repairs. If this is a concern for you, you may want to choose another company, like Geico.

It’s impossible to predict how much your auto insurance will cost you without getting a quote. Insurance companies look at a variety of factors when determining your premiums, including your age, driving record and address. Every company weighs these factors differently, which is why quotes vary from one company to the next.

Before making a purchase, you should get quotes from several companies and compare them, but don’t make a decision based on price alone. Make sure you choose a company that’s financially stable and take a look at its customer satisfaction ratings. Good customer service can do a lot to lessen the headache of filing a claim, so it may be worth paying a little extra for this.

All states require drivers to carry auto insurance, and driving without it will eventually cost you a lot more than an insurance premium. If you’re looking to save on your auto insurance, try these tips instead:

Progressive: Progressive is a good choice if you’re looking to get a low rate. It doesn’t have as many discounts as some of the other companies on this list, but its premiums are usually pretty affordable to begin with. Like Nationwide, Progressive offers gap coverage, which is a nice option to have if you still have a loan or lease on your car. Customer satisfaction ratings were a little better than Nationwide’s, but still slightly below average.

State Farm: State Farm is one of the best in the industry in terms of customer satisfaction and its rates are reasonable. It doesn’t offer as much in the way of discounts or optional coverages as the other companies listed here, but if you’re looking for a standard auto insurance policy and efficient claims handling, State Farm is hard to beat.

Allstate: Allstate offers several unique rewards for safe drivers, including its Safe Driving Bonus Check, which will return up to 5% of your annual premium if you don’t file any claims. It’s also the only company on this list to offer a claim satisfaction guarantee, which gives you a refund if you’re dissatisfied with the way your claim was handled. Allstate has the most savings opportunities of any company on this list, but despite that, its rates are among the most expensive, so it’s not the best fit if your budget is tight.

Geico: Geico is known for its low rates and wide variety of discounts, so it’s a good choice if your main concern is a low premium. It is also the only company on this list to offer mechanical breakdown coverage, which pays for certain repairs that aren’t covered by your collision or comprehensive insurance. In terms of customer service, reviews were mixed, but Geico consistently scored better than Nationwide and Progressive.

What Others Are Saying

Nationwide offers some unique options that are hard to find elsewhere, like gap coverage, a total loss deductible waiver and its Family plan. However, its rates tend to be above average and customers have reported dissatisfaction with the way claims are handled. If this concerns you, you may want to explore some other options, like Geico or State Farm. 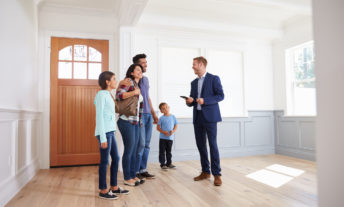 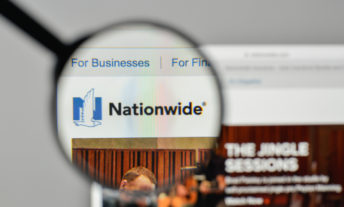 You can read more about each factor and the details of each score in our auto insurance methodology. Use our ratings and editorial recommendations as you shop for the best auto insurance that fits your coverage needs.

Car insurance rates: We used insurance rates from Quadrant Information Services. This includes analyzing thousands of rates from all 50 states that were publicly sourced from 2019 insurer filings. Rates are based on a 30-year-old male or female that had a clean driving record. Full Coverage premiums assumed a $500 collision and comprehensive deductible, and we looked at those who had both good and poor credit. These rates should be used to inform your car insurance shopping process, but your own quote may differ.

Why do some brands have different SimpleScores on different pages?

To ensure the SimpleScore is as helpful and accurate as possible, we developed unique criteria for every category we compare at The Simple Dollar. Since most brands offer a variety of financial solutions, their products and services will score differently depending on what we’re scoring on a given page.
However, it’s also possible for the same product from the same brand to have multiple SimpleScores. For instance, if we compare State Farm’s home insurance according to our criteria for the best home insurance, it scores a 3.8 out of 5. But when we compare State Farm according to the criteria for the best auto insurance, it scores higher, since the features the company offers can vary by the type of insurance.

We looked at the number of discounts each company offers — more discounts mean a higher score.

We awarded higher scores to the companies that have the most coverage options.

We awarded higher scores to lenders with the most channels for customer support.

We leveraged the J.D. Power 2019 Auto Insurance Satisfaction Study℠ to see how customers rated their experience with each company. (If a company wasn’t included in J.D. Power’s study, we skipped this aspect and averaged the four remaining aspect scores.)

We looked at the level of accessibility of each company –– the more resources they have the higher their score.