Caught Driving With No Car Insurance? Here’s What It’ll Cost You

While the financials around vehicle ownership often stretch to near excruciating levels, the obligations remain firm. And while the temptation to cut expenses by driving without car insurance eases immediate money constraints, the long-term consequences of the decision reach titanic levels.

Still, the existence of uninsured motorist coverage is proof that not all drivers opt for adequate insurance. As of 2015, about one in eight drivers was uninsured, according to the Insurance Research Council (IRC). It’s also worth noting that not every state has the same percentage of uninsured drivers. Florida topped the list in 2015 with 26.7 percent of drivers going without insurance, while Maine saw only 4.5 percent of its drivers opting out of the legally required insurance.

Decide to skip car insurance, and you could wind up paying far more in damages, fines, and fees than you would for your monthly insurance premium.

Getting into an accident with no car insurance

The worst-case scenario is getting into an accident without car insurance. An at-fault, uninsured driver could be found liable for costs, including property damage, medical bills, and more. There’s also the possibility that the driver will sue you for damages, which could lead to the seizure of your assets to cover costs, in the event that you don’t have the money to pay.

[ More: What Is Collision Insurance and Is It Worth It? ]

All of this is in addition to the costs of paying for your own potential medical bills and property damage, including repairing or replacing your car. All told, you could be on the hook for tens of thousands of dollars or more — and that’s on top of any fines you might have to pay simply for getting caught driving without the legally mandated auto insurance coverage.

Getting caught driving with no car insurance

Like mandatory minimum auto liability insurance laws, fines and other repercussions for driving without required insurance vary from state to state. If you have a driver’s license but don’t own a car of your own, consider non-owner car insurance options.

[ Related: The Minimum Car Insurance for Each State ]

In short, opting to go without the level of auto insurance that your state legally requires could cost you thousands of dollars in fees, fines, traffic tickets, future insurance premiums, and damages and healthcare costs … and that’s if no one sues you.

For contrast, the average cost of auto insurance in the U.S. was $815 per year in 2012, according to the National Association of Insurance Commissioners. That’s less than $70 per month — a lot cheaper than going without and getting caught, even if you don’t get into an accident.

Penalties for driving without insurance per state

If you are an undocumented immigrant

[ Read: The Cost of Traffic Tickets to Your Car Insurance ]

These states allow undocumented immigrants to obtain a driver’s license:

The District of Columbia also applies rules that allow undocumented immigrants to obtain a driver’s license.

Getting caught driving with no car insurance will cost you, no matter what. While it may seem that car insurance is an unnecessary expense, the unexpected accident or fender bender can arrive and find you in more financial trouble than usual. Driving with car insurance is important, and there are cheap car insurance companies that can insure you and your vehicle for the bare minimum — which is outlined by each state. 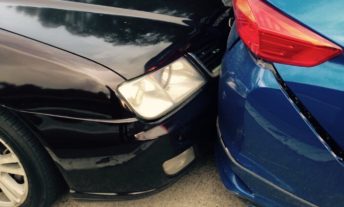 What Is Uninsured Motorist Coverage (and Do I Need It)?