Reduce Your Impact With Our Car Emissions Guide and Calculator

What kind of impact do you have on the environment? According to the U.S. Environmental Protection Agency (EPA), a typical passenger vehicle emits 4.6 metric tons of carbon dioxide per year. One ton is equivalent to a balloon that’s about 30 feet in diameter, so if you were to visualize the metric tons emitted per person per year, picture a balloon 138 feet in diameter.

Why are car emissions detrimental to people and the environment?

The U.S. Energy Information Administration (EIA) reported that 28% of the U.S. energy consumption in 2018 was for transporting people and goods. That shows just how important and prevalent transportation is to daily life in the U.S. However, with 81% of energy in the U.S. derived from fossil fuels, transportation is majorly polluting our air. That’s where environmental and health concerns come in.

Exactly what it sounds like, acid rain is any form of precipitation that has acidic components. This can happen when vehicles emit sulfur dioxide (SO2) and nitrogen oxides (NOx), that are then transported by wind to mix with water before falling to the ground through precipitation. Acid rain is harmful to the environment because it can dissolve nutrients that plants need to be healthy and be deadly to aquatic life. Acid rain can also create miniscule particles that can get into your lungs, which can cause health problems or agitate existing ones.

Have you ever been behind a vehicle that created a huge puff of grey smoke? Now imagine that multiplied by the millions. Air pollution from vehicles can contribute to haze, which lowers visibility in cities and beyond. Car emissions can produce small particles that when hit by the sunlight, reduce clarity. These air pollutants can largely affect human health too. They can cause skin and eye irritation, respiratory problems and heighten pre-existing medical conditions. Air pollution has been linked to cancer, asthma, stroke, heart disease, diabetes, obesity and changes linked to dementia.

We’ve heard it time and time again: We can’t ignore climate change. Yet, gas-powered vehicles contribute to the rise of the Earth’s temperature. Gasoline and diesel release greenhouse gases into the atmosphere. This warms the Earth’s atmosphere, ultimately changing the climate, which we’re already starting to experience.

Eutrophication describes a process when an increased amount of nutrients hits estuaries and coastal waters. The nutrient increase comes from a number of sources, but air pollution is a contributing factor. The increase of air pollution from vehicles can in turn, result in loss of species, grow other species, change habitats and more.

What contaminants are in car emissions?

Contaminants from car emissions are a massive contributor to air pollution. Here are some of the major substances that are being released into the atmosphere from gas-powered vehicles.

Although much of car emissions are released into the atmosphere unseen, they don’t cause any less damage. In recent years, federal and state governments have been tackling reducing the emission of these contaminants with laws and regulations.

How are car emissions regulated?

Attempts to reduce car emissions is nothing new for the U.S. In fact, The Clean Air Act (CAA), established in 1970, is a comprehensive federal law that regulates air emissions from stationary and mobile sources. The law requires the Environmental Protection Agency (EPA) to regulate pollutants and pushes local and state governments to develop their own plans.

More recently, the EPA and the National Highway Traffic Safety Administration (NHTSA) established standards for greenhouse gas emissions and fuel economy for car manufacturers to follow. These standards restrict the emissions of the contaminants we mention above: CO, HC, NOx and PM. In conjunction with the standards set for manufacturers, the EPA and NHTSA made it easier for car buyers to understand fuel economy, fuel costs and the environmental impacts of every new car with a fuel economy label.

States have introduced their own regulations, too. California is known to be the strictest state on car emissions, complete with mandatory smog inspections. The program identifies cars with excess emissions and requires owners to get their cars repaired if they don’t pass.

Electric vehicles (EV) and hybrid vehicles (HEV) produce much less emissions than conventional vehicles since their energy is sourced from electricity. Although EVs produce zero direct tailpipe emissions, emissions can be produced if the battery’s electrical power is originally sourced from a power plant.

How can you reduce your car emissions?

The U.S. is on its way to cleaner air through the laws and regulations set by local, state and federal governments. By enforcing standards for manufacturers, introducing incentive programs for electric and hybrid vehicles, and educating communities on achieving cleaner air and slowing down global warming, we can reduce car emissions. Follow our tips for reducing your car emissions below.

It’s important to understand your car’s emissions so you know how much pollutants you’re producing. As we mentioned before, those pollutants are detrimental to your health and the environment so learning how to reduce them is key. 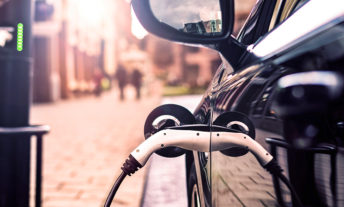 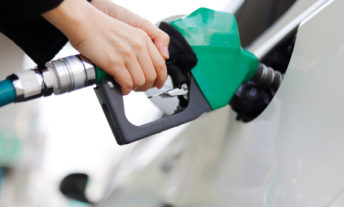