We often don’t consider the reliability of a car when it’s running properly. Instead, we just expect our car to continue working, and the more it does, the less we think about the possibility of a breakdown.

If your car has a history of breaking down, perhaps you are a little more cognizant of what constitutes a reliable vehicle. Does your car start smoothly or sputter? Does your engine overheat? How many miles has your car traveled without an issue?

Your answer to these questions may impact your perception of how reliable your own make and model is, but we wanted to take a more analytical approach.

What cars are most reliable, and does our perception of reliability have a basis in reality or is it conjecture? At The Simple Dollar, we wanted to answer this question, so we surveyed Americans about the countries they believe manufacture the most reliable cars and compared these responses to the 2019 U.S. Vehicle Dependability Study from J.D. Power.

Even though 54% of Americans believe Toyota and Honda are the most reliable car brands, both being Japanese-made vehicles, the majority (40%) of respondents still believe cars made in America are most reliable.

Which car brand do you most associate with reliability?

We asked Americans which individual car brands they believe are most reliable, we included 6 top-selling brands in America including Mercedes-Benz, Volvo, Chevy, Toyota, Honda and Ford. Here are the brands perceived by Americans to be the most reliable:

32% of Americans think Toyota makes the most reliable cars

Toyota is often heralded for its efficiencies in manufacturing, including just-in-time inventory management and the empowerment of assembly line workers to make real-time decisions. It also has some of the most popular cars in the U.S. with 25% of the top 20 selling vehicles in 2018 manufactured by Toyota.

The top 20 makes and models of 2018 sold a combined 6.9 million vehicles. Toyota’s Rav4, Camry, Corolla, Tacoma, and Highlander models, comprised more than 1.5 million of these vehicles. This means the combined unit sales from Toyota accounts for 22% of the top-selling cars in the U.S.

22% of Americans believe Honda manufacturing is the most reliable

With 22% of Americans perceiving Honda to make the most reliable vehicles, it’s no wonder that Honda sold more than 1.4 million vehicles to Americans in 2018. Honda’s market share in the top 20 selling vehicles of 2018 is slightly less impressive at 15%. Their top-selling vehicles include the CR-V, Civic and Accord, which sold a combined 995,844 cars in 2018.

Only 16% of Americans associate Ford with reliability

Given the F-series pickup truck was the top-selling vehicle in 2018, with more than 900,000 trucks sold, it’s interesting that only 16% of Americans believe Ford manufactures the most reliable vehicles.

What countries actually manufacture the most reliable cars?

Given the industry baseline of issues per 100 vehicles, we analyzed the country of origin for each brand to determine the countries manufacturing vehicles with the most reliable cars compared to those with the least.

We discovered that most Americans believe cars made in the U.S. are more reliable than those manufactured in other countries, however according to J.D. Power’s dependability study, this is not true. In fact, more U.S. car brands fall below the industry standard of problems per 100 vehicles than above industry standard. When asked about individual car brands, Toyota and Honda were cited by Americans as the most reliable. According to J.D. Power, Germany manufactures the most reliable vehicles.

Google Surveys was used to pose two questions to the general American population between October 7th and 9th, 2019. 2,000 Americans were surveyed about the countries they believe manufacture the most reliable vehicles and the individual brands they believe to be most reliable. 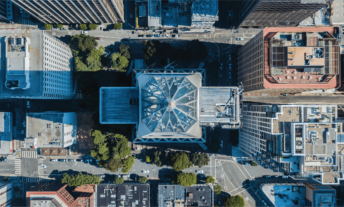 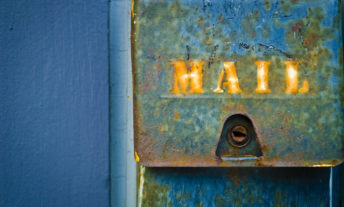