In recent years, people all across the country have shifted their attention to the dangers of texting and driving.

This shift in public discourse may not be surprising. The latest data on the dangers of distracted driving show that in 2017 a staggering 401 fatal crashes were reported to have involved distraction by cell phone use.

What’s more, crashes involving cell-phone related activity accounted for 14% of all distraction-related fatal crashes across the country in that year, resulting in 434 deaths.

Over 80% of drivers polled in 2016 believed that distracted driving was a much larger problem than in 2013 and that the problem is only increasing.

These 60+ texting and driving statistics will help you understand the current landscape, and what you can do to make the road a safer place.

Statistics on Texting and Driving By Generation 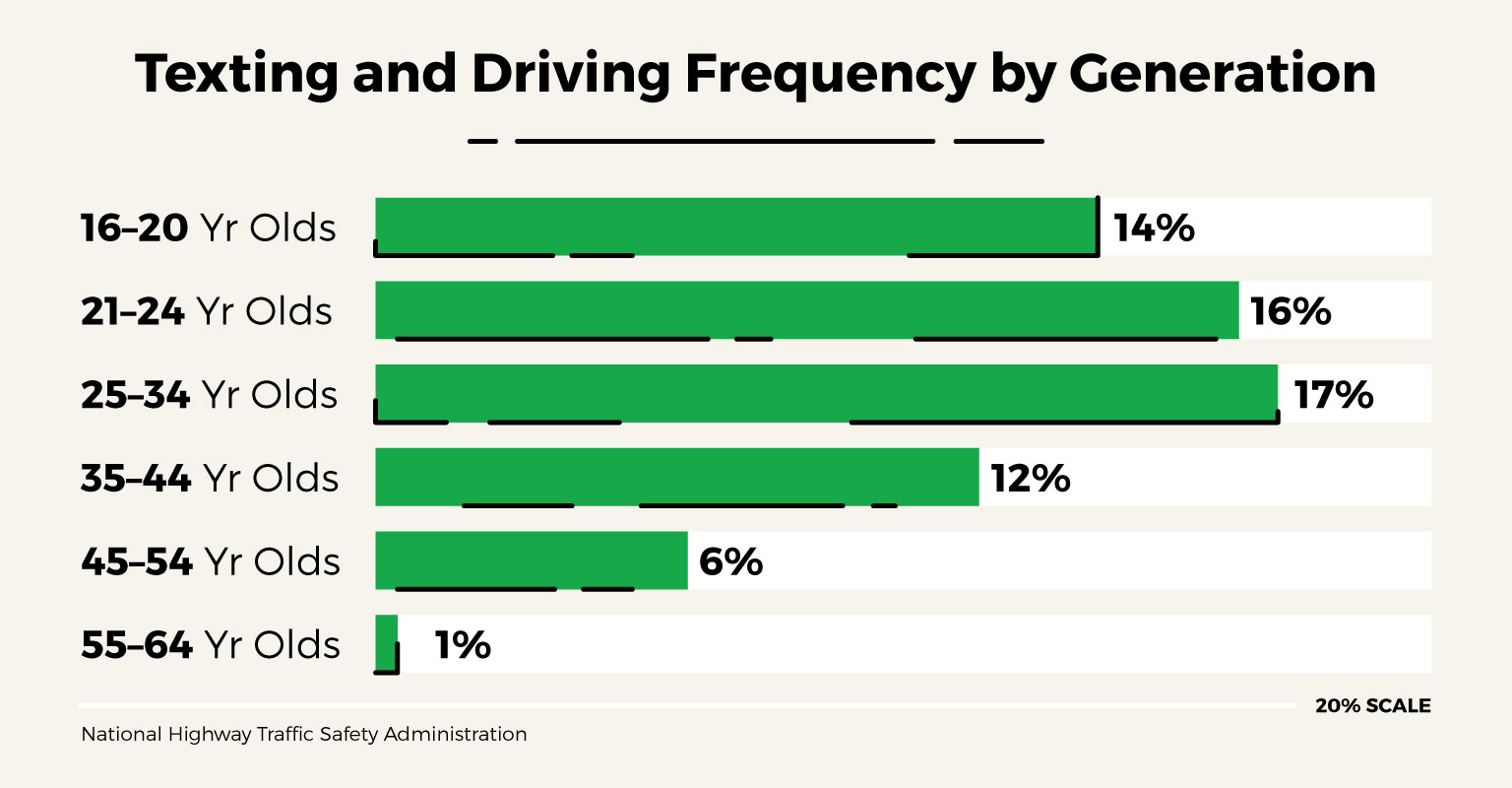 Of all the drivers involved in fatal crashes caused by cell phone distraction, drivers under 30 years old account for those most likely to be using a cell phone at the time of the incident.

In a 2016 study by the AAA Foundation for Traffic Safety, data indicated that compared to all drivers, those between ages 19 to 24 were:

The same study also indicated that 88% of young millennials engaged in at least one risky behavior (texting while driving, red-light running, and speeding) while driving in the last 30 days, which earn millennials the top spot as the worst behaved drivers in the United States.

As you can see, young adults are some of the worst offenders when it comes to distracted driving: 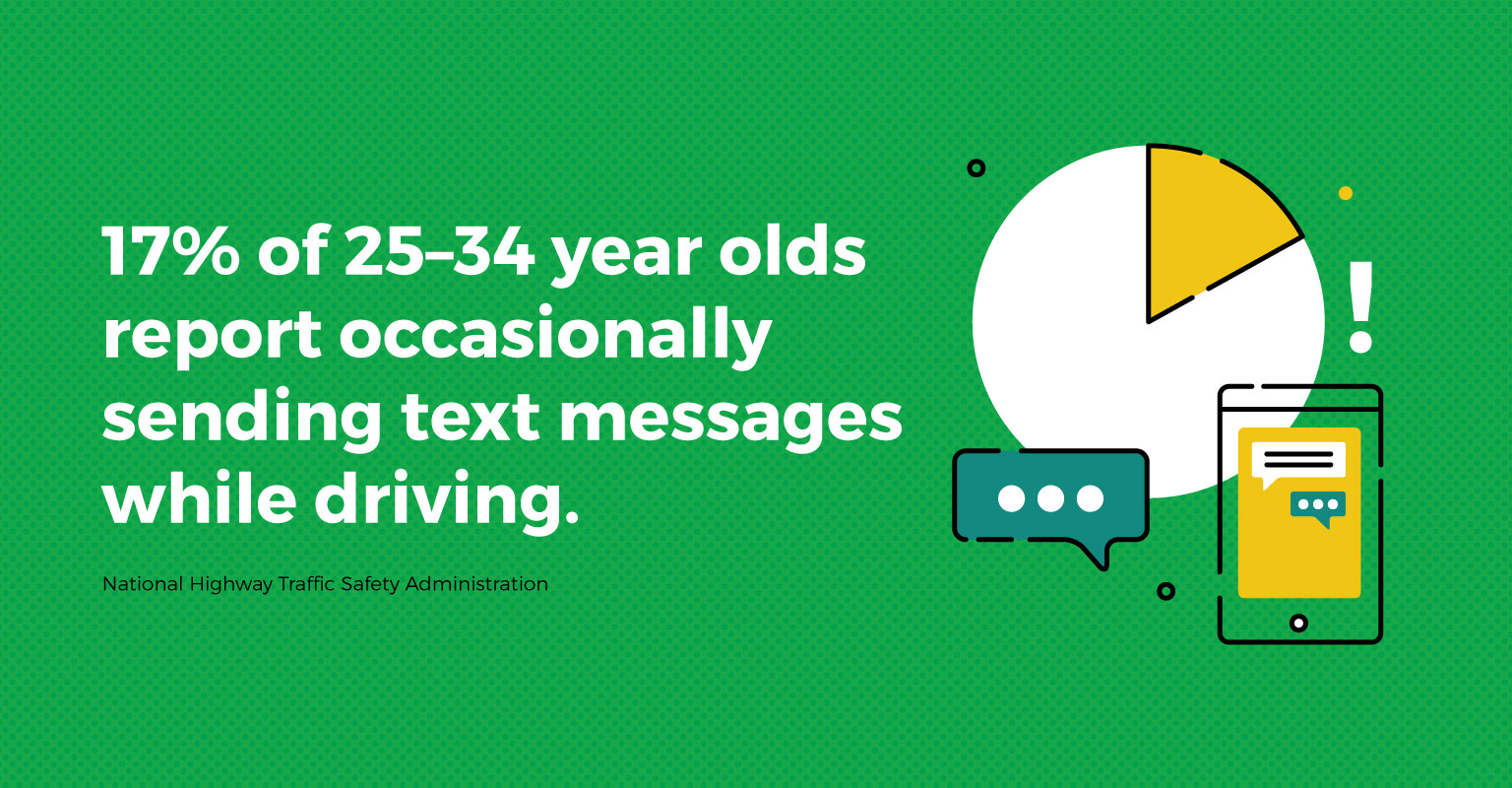 Statistics on Teens Texting and Driving

Teen drivers are the fourth most prevalent age group to use cell phones while driving.

In 2017, the National Highway Traffic Safety Administration reported that:

Texting and Driving Statistics by Gender

Looking at texting and driving through a gendered lens unearths some interesting findings on the differences between male and female distracted driving habits. In 2015, data indicated the following:

Reasons That People Text and Drive

There are a number of reasons that prompt people to engage in distracted driving on the road. Work-related messages are more likely to prompt drivers to text and drive, over personal or social messages. These are the most popular motivators:

When it comes to how people rate their driving abilities, reports indicate that drivers are overconfident in their ability to text and drive, though it makes them nervous when others do:

Situations That Prevent Drivers From Texting and Driving

Data indicates that drivers are less likely to text and drive if: 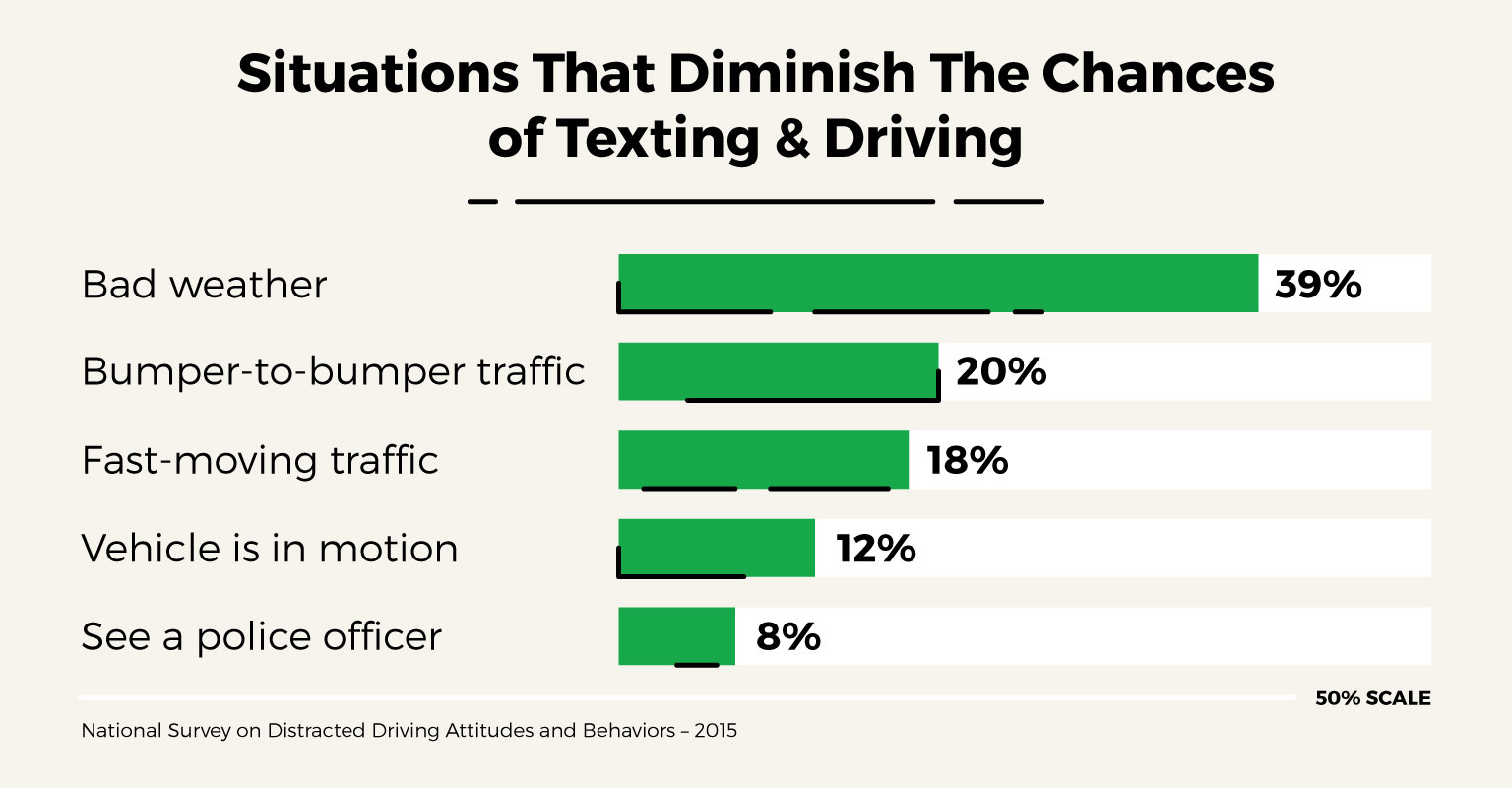 Today, 48 states, the District of Columbia, Puerto Rico, Guam, and the U.S. Virgin Islands all have a ban on texting when driving. However, distracted driving laws and enforcement vary from state to state.

Take a look at the table below to get a detailed breakdown of distracted driving laws across the United States.

Primary enforcement means that a police officer is allowed to stop and ticket a driver when the officer observes a violation of the law (like texting and driving).

Secondary enforcement means that the officer cannot stop and ticket a driver unless they engage in that offense and an additional violation (like texting and driving while also speeding).

While the majority of states across the country have enacted regulations aimed at distracted driving, the overall awareness of these laws varies across drivers:

The Dangers of Distracted Driving 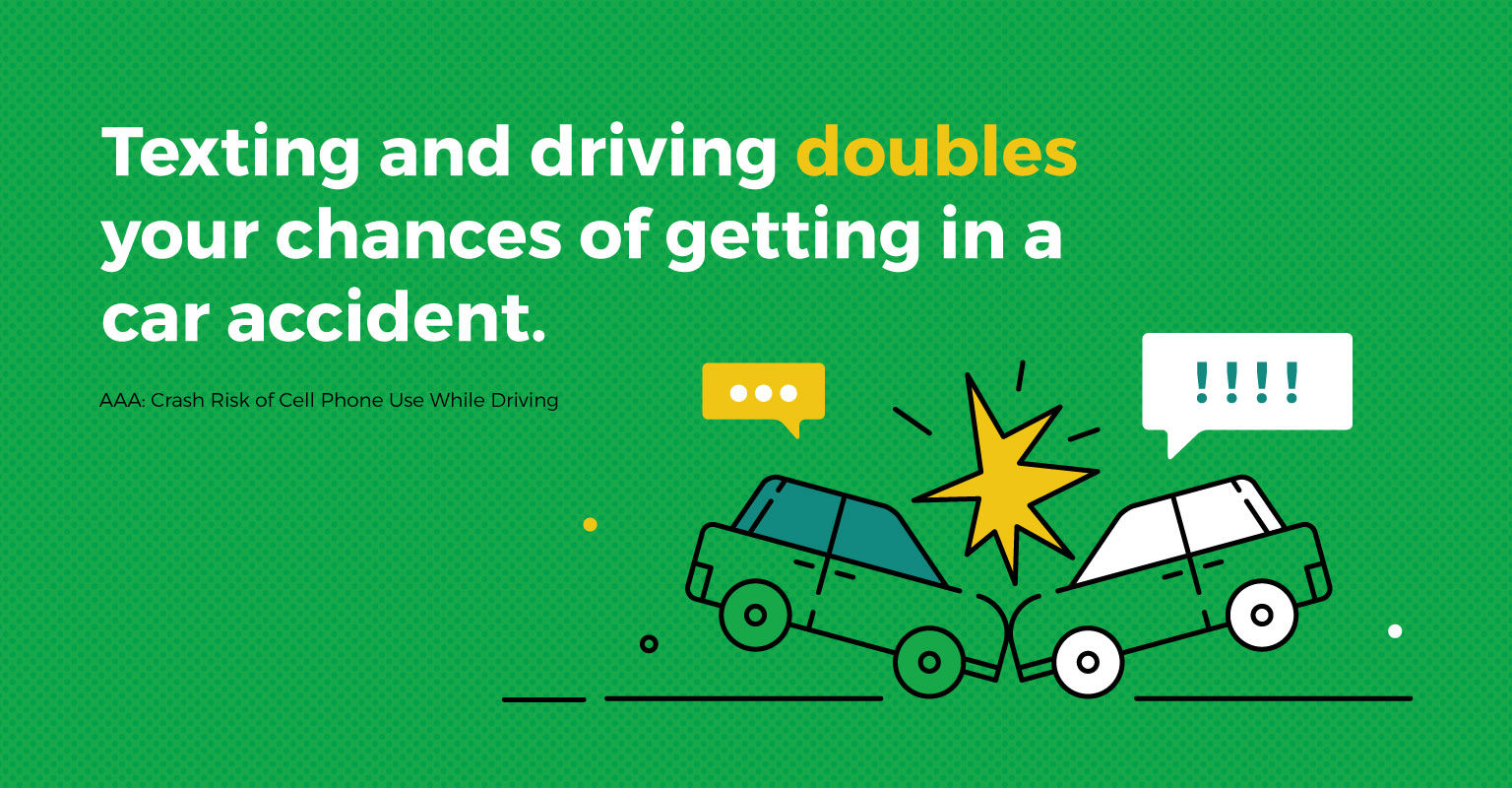 The effects of distracted driving, especially texting and driving, are severe and irreversible.

A 2018 study published by the AAA Foundation for Traffic Safety found that:

Moreover, in 2017, the National Highway Traffic Safety Administration found that:

Texting and driving is a huge issue, but texting isn’t the only form of distraction on the road. Distracted driving refers to any activity that sidetracks your attention from driving.

Activities that lead to distracted driving come in a multitude of forms and include:

Every day, approximately 9 people are killed and over 1,000 injured due to distracted driving.

Distracted driving is such a huge issue that there are companies dedicated to monitoring your phone usage while driving. Companies like Zendrive analyze driving behavior and use a combination of data capture and pattern analysis to determine if a driver is engaging in safe or risky behaviors at a given time or place.

The best way to avoid the pitfalls of texting and driving is simple: avoid it completely.

Tips for Preventing Texting and Driving

If you’re looking to break your dangerous habit of texting and driving, consider these practical tips:

The dangers of texting and driving should not be taken lightly. Every time a driver switches their focus from driving safely on the road to their cell phone, they increase their likelihood of being involved in (or the cause of) a fatal car crash.

Arm yourself with the tips above to curb your own texting and driving habits and remember the information you learned today the next time you reach for your phone or hear that fateful message ping the next time you’re driving.