From the Lincoln Futura in Adam West’s 1966 Batman television series to the militarized “Tumbler” in 2008’s The Dark Knight, the Batmobile has gone through more makes and models than we could possibly count. Robert Pattinson’s take on Bruce Wayne — in 2020’s The Batman directed by Matt Reeves — will drive a late-’60s muscle car that looks a lot like a Dodge Charger.

But how much would Batman pay for car insurance?

One thing is certain: Bruce Wayne would pay a much higher car insurance premium than the average American. But to determine exactly how much it might cost to insure the Batmobile, we asked a few experts.

As Casey Brewer, AAIS Product Manager, points out, we’ll need to assume that Batman is using the Batmobile for “personal reasons.” While he’s buddies with Commissioner Gordon, he’s not on the city’s payroll, so ownership and maintenance of the vehicle would fall under a personal auto policy.

“The good news is that the latest version of the Batmobile appears to be a 4-wheel, private passenger auto designed for use on public roads, within acceptable gross vehicle weight limitations, so it would actually qualify to be insured as an auto,” Brewer says.

There have been different takes on Batman’s age over the years. Evidence points to him being around 30 in the upcoming movie — which is good news for him on the insurance front. Men under 25 tend to pay the highest rates for car insurance; these rates stabilize when they hit their 30s.

Young drivers are perceived as a higher risk because they have less driving experience. While Batman poses plenty of risks, his age alone does not.

From Catwoman to Talia al Ghul, Batman has had many love interests, none of which stuck. So the Dark Knight remains a bachelor, which will cost him a higher insurance premium.

To insurers, the financial stability and safe driving habits of married life translate to a lower risk of filing a claim. Because of this, married couples do, on average, pay less for their car insurance. We know Billionaire Bruce Wayne is financially stable, but his marital status will hurt him.

If Gotham City were a safe place to live, Batman would have nothing to do. Home to a whole gaggle of notorious villains like The Joker, Penguin, and Two-Face, Gotham City presents a considerable risk of filing a premium.

[ Read: What Is My State’s Minimum Coverage For Car Insurance? ]

Where you live has a huge impact on your car insurance rate. There is no doubt insurers would hike up his rate after one look at Gotham’s crime rate.

The Batmobile is no family minivan. “The throwback 60’s muscle car styling reeks of high-performance capabilities. But it’s the bells and whistles that will ultimately affect the price the most,” says Brewer.  “Even with a higher deductible, which can lower the cost, there is still a value of several hundred thousand dollars (conservatively) in custom equipment loaded on that vehicle.”

That’s right. Our draped vigilante would have a tough time finding any replacement parts around town. The Batmobile’s uniqueness makes it undoubtedly cool — but it can drive his insurance rate up.

Brewer adds, “If any of the cameras, sensors, or other equipment necessary to make those systems work are damaged, it takes a skilled technician and specialized equipment to make those repairs and properly calibrate everything so it functions properly.”

We’re not saying Batman is a bad driver. In all likelihood, he could skillfully avoid a minor fender bender. But as Brewer put it, “I’d be more concerned with his propensity to be a very aggressive (and sometimes downright reckless) driver, an unfortunate by-product of his crime-fighting. Let’s face it; Batman is not shy about causing bodily injury and property damage, and a lot of it, with the Batmobile.”

To be clear, the insurance company would not be on the hook for the intentional damage he causes with any of the flashy Batmobile weapons. That said, the exposure from accidental collateral damage is still there. His driving record will hike his premium up the most, and continue to do so after getting in more accidents in the name of justice.

Brewer suggests “for simplicity, we’ll assume the regulatory requirements of Gotham City allow Batman to reject certain coverages (e.g. uninsured motorist coverage or personal injury protection), and he’s only going to purchase the minimum amounts of liability coverage and include physical damage coverage just to protect his investment in the Batmobile.”

With this estimate, we’re also assuming he isn’t interested in carrying additional coverages like roadside assistance or accident forgiveness. He’s a stubborn billionaire, so he probably isn’t shying away from paying out of pocket.

According to the Insurance Information Institute, the average personal auto premium –– including liability, comprehensive, and collision coverages –– was only $1,004 in 2017.

If Batman’s lucky enough to obtain personal auto coverage, and not seek coverage in a specialty market or move to an expensive commercial auto policy, adds Brewer, “he should be able to get a policy premium somewhere south of $10,000 per year.”

“At least, until that first multi-million dollar accident.”

We’ve priced Batman’s insurance premium around $10,000. Given the Batmobile’s price, the scarcity of specialized parts and his reckless driving that could likely put him at fault, his premium will skyrocket after his first accident. On average, drivers see a 44.1% increase after filing a single claim; we should expect the same for Gotham’s infamous detective. So we should think of this $10,000 as a baseline starting point.

Casey leads the development and maintenance of the AAIS auto programs, relying on more than 20 years of experience in the P&C industry. Casey earned his CPCU designation in 2011. Before joining AAIS in 2014, Casey was a staff underwriter for USAA and has held auto product management positions for GAINSCO, National Unity, and Unitrin since starting his insurance career at GEICO. 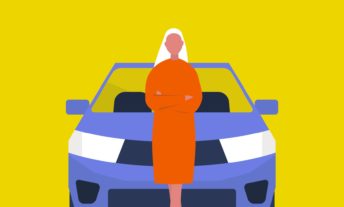 9 Things You Didn’t Know About Car Insurance (But Should) 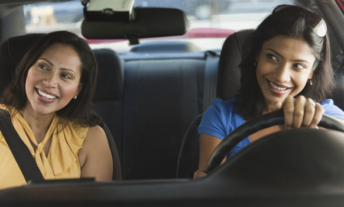 How to Switch Car Insurance Companies