When you get into a car accident, your insurance company will reimburse you for the damages as quickly as possible. But if you didn’t cause the crash, they work with the other driver’s insurance company to recoup the payout. This process is called subrogation, and while drivers don’t usually get involved, it’s helpful to understand the process in case you ever have to sign a waiver of subrogation.

Subrogation is a legal process that is used in various types of insurance claims, including auto, home and health insurance. Essentially, it’s the legal right for an insurance company to reimburse a policyholder for a loss and seek repayment from the third party that is responsible for the damages.

The process of subrogation makes it easier for policyholders to get a settlement after a major loss. With subrogation, the insurance company assumes the financial burden of the policyholder and tries to get the payout from the party or company that is at-fault. Subrogation is a common process, although many drivers aren’t aware of it.

How does subrogation work?

Subrogation is a somewhat complicated term that is easier to understand using common examples. Here is a situation that many drivers have experienced:

Let’s say you get into an accident and your vehicle is badly damaged. You pay your deductible and the insurance company reimburses you for the remaining cost of repairs. But if your insurance company determines that you didn’t cause the accident, they will try to get the at-fault driver’s insurance company to reimburse them for the cost of your claim.

In this case, you don’t have the legal right to file an insurance claim, get the reimbursement and seek a payout from the insurance company responsible for the damages. That’s why your insurance company takes over and subrogation allows them to do that on your behalf.

What should I expect from a subrogation claim?

The amount of time a subrogation claim will take depends on a number of factors. If it’s clear that you were not at-fault, there is little evidence to argue over and the claim may be settled within a few weeks.

However, insurance claims aren’t always straightforward. If it’s not immediately clear who caused the accident, a subrogation claim could go on for months or even years. The third-party insurance company will try to avoid a payout, which means the fight will continue until a decision is made.

During a subrogation claim, the insurance companies involved may conclude that both drivers were partially responsible for the accident. In that case, the payout would get divided appropriately based on the amount of fault each driver assumes. If you were found to be 30% at-fault and the other driver was 70% at-fault, your insurance company could only recoup 70% of the claim cost, minus your deductible.

Are there benefits to subrogation?

As a policyholder, the main benefit of subrogation is that it removes you from the legal action involved in getting a payout from the third party company. Your insurance provider assumes the burden, so there’s no work involved on your end.

If there is clear evidence showing that you didn’t cause an accident, your insurance company will likely file a subrogation claim with confidence that they’ll recoup the payment with little hassle. In that case, you could get a claim payout faster, which will get you back on the road more quickly.

Can I get a subrogation waiver?

A subrogation waiver is used if you want to deny your insurance provider’s legal right to go after the third party insurance company that is responsible for your damages. Typically, a waiver is used when the at-fault driver wants to settle with you directly, rather than go to court. Additionally, a waiver may be necessary in order to get payment from the other driver’s insurance company.

If your insurance company notifies you that they wish to file a subrogation claim, you can ask about the rules around subrogation waivers. If you do sign a waiver, make sure you understand the implications and associated fees. 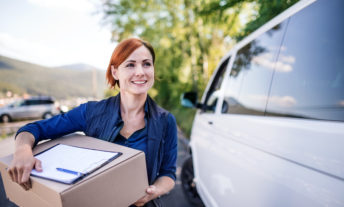 Delivery Driver Auto Insurance: What You Need to Know 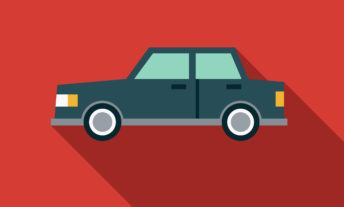