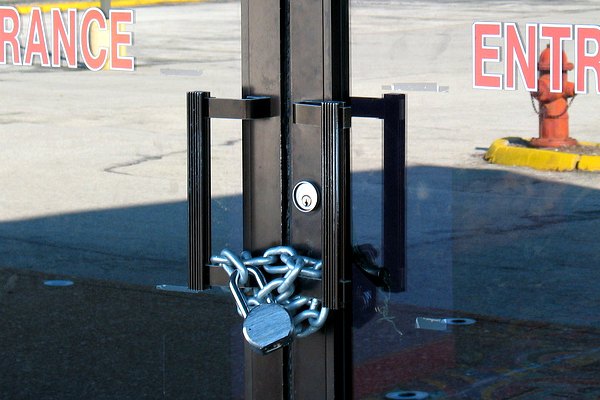 Are you protected if your insurance company shuts its doors? Photo: Matthew Hurst

What do you do when you’ve entrusted a company to insure your most valuable possessions — your car, your home, your life — and that company goes belly-up just when you need them most? Of course, no one expects the company holding their policy to go bankrupt. But still, every once in a while, it happens.

When you buy insurance of any kind, you’re entering into a contract that spells out the responsibilities of both you and the insurance company. Both of you accept as a matter of good faith that you are able to meet your contractual obligations.

For the policyholder, that means that you have truthfully answered all of the application questions and have the intention and ability to pay the premiums. Conversely, you expect that the insurance company has the resources to meet current and future claims, including your own potential claims.

All 50 states, the District of Columbia, and Puerto Rico have protections in place that will help to soften the financial blow to policyholders when insurers fail. However, before we look at those, we should take some sage advice from Benjamin Franklin, who said, “An ounce of prevention is worth a pound of cure.”

In this case, that means understanding how to choose an insurer that is stable and likely to be around for the long haul.

Just like a lender will check your credit report and credit score before deciding whether to loan you money, you should check an insurer’s financial rating. There are several firms that rate insurance companies, including Standard and Poor’s, Moody’s, Fitch, and A.M. Best.

They all use a scale that is similar to the letter grades you got in school, just a little more expansive. The grades range from A++ or AAA at the top down to F at the bottom. The closer an insurer is to the top of the scale the more financially secure you can assume them to be.

What’s in the News

Checking the news by searching for the name of an insurance company along with phrases such as “financial trouble,” “claims,” or “problems” will often reveal potential issues that have not worked their way onto balance sheets and therefore are not reflected in financial ratings.

Along with negative news stories, dramatic drops in stock prices can be a leading indicator that something is wrong. Insurance stock and bond values point to what investors think of a company’s current direction.

The way an insurance company treats its customers is another indication of how stable it is. After all, a company with consistently poor customer satisfaction is not going to enjoy customer loyalty — and that’s not healthy in a price-driven business where profits come from keeping good customers satisfied.

Poor customer service, including slow payments of claims and a record of disputes about slow and low payments, can indicate that a company may be over its head and is doing whatever it can to reduce costs. Look for trends in customer satisfaction beyond just a single bad report or period. If things are sliding downhill, there may be forces at work that warrant your steering clear.

Insurance is regulated almost entirely at the state level, which is why not all insurers are available in all states. While state regulations may vary somewhat from one to another, they are all pretty robust.

A difference between conservative accounting practices and aggressive accounting practices is the way they treat competing or contradictory assumptions. That means, in the simplest terms, that the conservative approach to bookkeeping will overestimate the negatives and underestimate the positives in order to err on the side of caution and present the safest financial model.

Where insurers are concerned, that can mean regulators will not allow them to consider certain assets as being available to pay claims. The result is that they are then compelled to have more cash on hand.

Much of an insurance company’s profit is derived from investments that are made using policyholder premiums that are not immediately needed to cover overhead and pay current claims. Regulations govern not only how much of those excess premium dollars must be held as cash to pay unexpected claims, but how the money can be invested. This is done to limit the risk of loss. Regulators may also apply higher set-asides for riskier transactions, further protecting the company from losses.

Last but not least, insurance companies are not only required to submit to regulatory reviews, they must also submit to annual audits performed by outside auditing firms. Regulators also reserve the right to increase the frequency of reviews to a quarterly or even monthly basis if a company is deemed to be at risk of failure.

The intention is to reduce the risk of failure by increasing oversight. In the event regulators find that policyholder interests are at risk, they have the legal authority to order corrective actions in an effort prevent or mitigate the impact of insolvency.

Perhaps it’s over your morning coffee that you hear a story about your life insurance company — it’s having some financial problems and may be in danger of failure.

Your heart starts to race: If something happens to you at the same time they go belly-up, your family will be in big trouble. Before you reach for the phone to call and cancel your policy, take a few deep breaths and think things through before you act.

First, acting on rumors, even from television or newspaper reports, is probably not in your best interest. Canceling your policy or stopping premium payments is the worst thing you can do at this moment. Either action will leave you uninsured, therefore fulfilling your worst nightmare with your own hand.

Research the insurer’s financial condition a little more thoroughly, including checking with your state’s department of insurance. You may want to check available rates and your own insurability with other providers at this point as well. However, it is important to remember that even if your insurer becomes insolvent, that doesn’t mean your policies are worthless.

The Stages of Insurance Company Death

It’s easy to point a finger and say the word bankruptcy, but that does not always mean the same thing when it comes to insurance companies. Even when an insurance company files for bankruptcy protection or is declared insolvent by state regulators, it is not completely dead.

There are different stages of death — as Billy Crystal’s character Miracle Max in “The Princess Bride” said, “There’s a big difference between mostly dead and all dead.” The same is true for insurance companies. Not every demise is equal or absolute.

Potentially fatal financial ills of insurance companies, including those that are irreversibly dying, are overseen by the state insurance commissioner and courts. Even a declaration of bankruptcy is not a sign that all is lost.

Often times insurance companies, like other businesses, will seek the protection of bankruptcy, so that they have time to reorganize their operations without being forced to liquidate assets in order to immediately satisfy creditors. During reorganization, insurers will sometimes sell policies to other insurers, which for policyholders can mean little more than just sending their same premium payment to a different company.

Insurance companies that become insolvent and enter bankruptcy can face one of three types of receivership. Receivership is where either a court or regulatory agency places the custodial care of the company in the hands of a third party.

Depending on the situation, the receiver can assume full day-to-day management of the company or simply provide oversight and approval of actions of the existing management. There are three basic types of receivership:

Conservation: This is the least harsh of the three options, during which the state will work with the insurance company to ensure that day-to-day operations continue uninterrupted while a permanent solution is found. After a solution has been settled upon and the company is back on firm financial footing, the receiver returns full control to the company. In the event the solution fails, one of the following two options will come into play.

Rehabilitation: This can be in conjunction with a Chapter 11 bankruptcy filing or not, but the state (through a receiver) will take over full operational control of the insurance company, including all assets, in order to guide the company back to being solvent.

Liquidation: Usually in conjunction with a Chapter 7 bankruptcy, insurance companies in this condition are beyond repair. The state will attempt to find financially stable insurers to assume all or some of the insolvent company’s policies. For policies that have not been sold to another insurer, the state will develop a plan to liquidate the company’s assets and, in conjunction with guaranty funds, honor claims and return cash values and unused premiums to policyholders.

In most states there are two types of guaranty association: one that covers life and health insurance, and another that covers property and casualty, which includes auto and homeowners insurance. The association’s members are accessed a membership fee based on the amount they would be required to pay for all covered claims.

Guaranty associations do not operate in place of the insurance company and seldom reimburse the full face value of policies. Their purpose is to mitigate the losses of policyholders, not to make them whole.

Guaranty limits vary from state to state; they will pay certain claims and return accumulated cash value and unused premiums. Most state guaranty associations will pay at least the following amounts:

It is important to check with your state guaranty association for the actual limits on your policies. If a claim is made that is in excess of the guaranty association’s limits, a claim may be made against the remaining assets of the failed insurance company to be paid on a prorated basis once the assets are fully liquidated.

The same rules apply to your responsibilities, even when an insurance company is in financial trouble. That means that if you stop paying your premium, you are subject to cancellation and may also lose the ability to file a guaranty claim against the failed company. So don’t panic when you hear your insurer might be in financial trouble; continue making payments while you research your options.