Here’s Why US Prescription Drug Prices Are so High

A recent Gallup survey found that 75% of respondents saw lowering prescription medications’ cost as a key issue in the election that influenced how they voted. And it’s no surprise — prescription drug prices in the U.S are amongst the highest when compared to other countries.

The Trump administration’s attempt to take action on lowering drug prices by “putting America first” is now in the past — and was unlikely to take form as it didn’t address the issue of sky-high prescription drug prices and lacked legal pathways. Will President-elect Joe Biden, take action? Although it’s too early to tell, here’s a rundown of the issue and steps consumers can take to lower the cost of prescription drugs.

We spend more per capita on medicines than other nations

The average American spends about $1,200 a year on prescription medication. Switzerland and Germany are the next closest at $894 and $884 a year. More than four billion prescriptions were filled in the United States in 2019. There’s a lot of demand, but that doesn’t explain why drug prices are so much higher here than in other countries.

Data from The Commonwealth Fund’s 2016 International Health Policy survey suggest prescription medication use in the U.S. is on the high end, but the difference may not be statistically significant. However, it’s important to keep in mind that millions of Americans suffer from heart disease. This chronic condition is the leading cause of death in the United States. The drugs used to treat heart disease can be expensive, with some medications costing upwards of $400 a month. The same scenario plays out when you look at other leading causes of death in the U.S., like diabetes.

Average drug costs in the US

Demand may play a role in the cost of prescription medications in the United States, but there’s more to the story. The U.S., unlike other countries, doesn’t negotiate drug prices. The Food and Drug Administration (USDA) is concerned with whether a medicine is safe and effective but doesn’t look at the potential cost to consumers.

Research and development should also be factored in overall cost, but that argument tends to lose its strength when one compares the cost of the same drug in the U.S and other countries. For instance, the arthritis drug Humira costs nearly $3,000 in the U.S. and a little over $1,000 in the United Kingdom.

The U.K. does negotiate drug prices, and it’s safe to assume that research and development costs are a one-time thing. Once a medication is developed, it doesn’t need to be redeveloped for use in another country, and marketing costs alone don’t explain the disparity.

Competition can help bring prices down. Generally speaking, a medication gets cheaper when other companies are allowed to produce generic versions. In 2017 generic medications saved U.S. consumers nearly $9 billion. Here are some examples of what prices look like when there is competition and when there isn’t.

How can an average consumer beat the prices?

Prescription drugs can be expensive, and Biden has promised to reduce drug costs and allow Medicare to negotiate drug prices. Although he has support from Congress to pass legislation, it could take time to see a strong policy take form, as COVID-19 remains the dominating subject in American politics. So, what steps can consumers take to keep costs down while the administration decides to take action?

Ask for a generic

We talked about how much cheaper generics are compared to their name brand counterparts. If your doctor prescribes you a name brand and a generic is available, ask for the more affordable option. Generics have been shown to be just as effective as name brands.

[ Read: Here’s How You Can Pay Less For Prescriptions ]

This may sound a bit surprising, but a drug’s price may vary from pharmacy to pharmacy. “There are layers of middlemen that come between the pharmacy and the customer buying the medication — and each middleman layer adds to the price,” said Nouhavandi. “The total markup added to a medication can be as high as 4,000%.” Call the pharmacies in your area and get quotes. You can also download an app like GoodRx and RxSaver, which include both costs and coupons.

Talk to your doctor about changing either the dose of the medication you’re taking or the supply you get with each refill. Some drugs come in larger doses and can be split up. Getting a larger or smaller refill amount can reduce the amount you pay each time or can stretch out the time between when you need to get that medication again. Nouhavandi recommends going with a 90-day supply.

“This tip is helpful for anyone on maintenance medications, such as those used to treat chronic conditions like high blood pressure, high cholesterol, anxiety, depression and Type 2 diabetes,” she said. “Instead of having to worry about getting a refill every month, it is much more affordable and convenient to buy a three-month supply.”

The cost of prescription drugs continues to climb in the United States. This increase is due to several factors, including demand, the costs associated with research and development and the fact that the U.S. doesn’t negotiate drug prices. Consumers can save money by switching from brand name to generic medications when available, shopping around for the best price, changing dosage or supply, or enrolling in a patient assistance program. 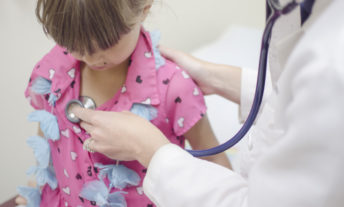 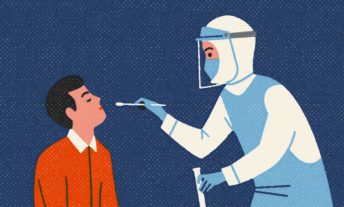