What Are Americans Doing to Destroy Their Homes?

There is a checklist of items that homeowners run through to protect their homes, such as installing security, insuring against natural disasters, fires or flooding, installing smoke detectors and more. However, many overlook the regular maintenance that a home requires, which can introduce major issues down the line.

When was the last time you cleaned the gutters? That’s just one of the many questions we asked Americans to learn more about how well homeowners maintain their properties. We found that people are unknowingly destroying their homes by disregarding regular maintenance and, in some cases, actively causing harm through what they put down the drain, ignoring leaks and more. Let’s jump into how home maintenance is being disregarded throughout the U.S. and what you can do to be a proactive homeowner.

Aside from improving the curb appeal, a home requires maintenance externally to protect itself against the weather elements and avoid slow progressing damage like mold or rot. We found that there is a lack of knowledge surrounding what can happen if you avoid maintaining a property.

Did you know that experts say you should clean your gutters at least 3-4 per year?

Cleaning gutters is a task that many people don’t want to do, but avoiding it can have major consequences. When a gutter is clogged, it can cause water to seep through the cracks in your roof and fascia, the board behind the gutter. This water can ultimately create damage to the foundation that’s complicated to repair, or even worse, irreversible.

If you avoid cleaning your gutters, it can result in roof leaks, insect infestations, basement leaks and landscape damage.

When was the last time you inspected your roof? 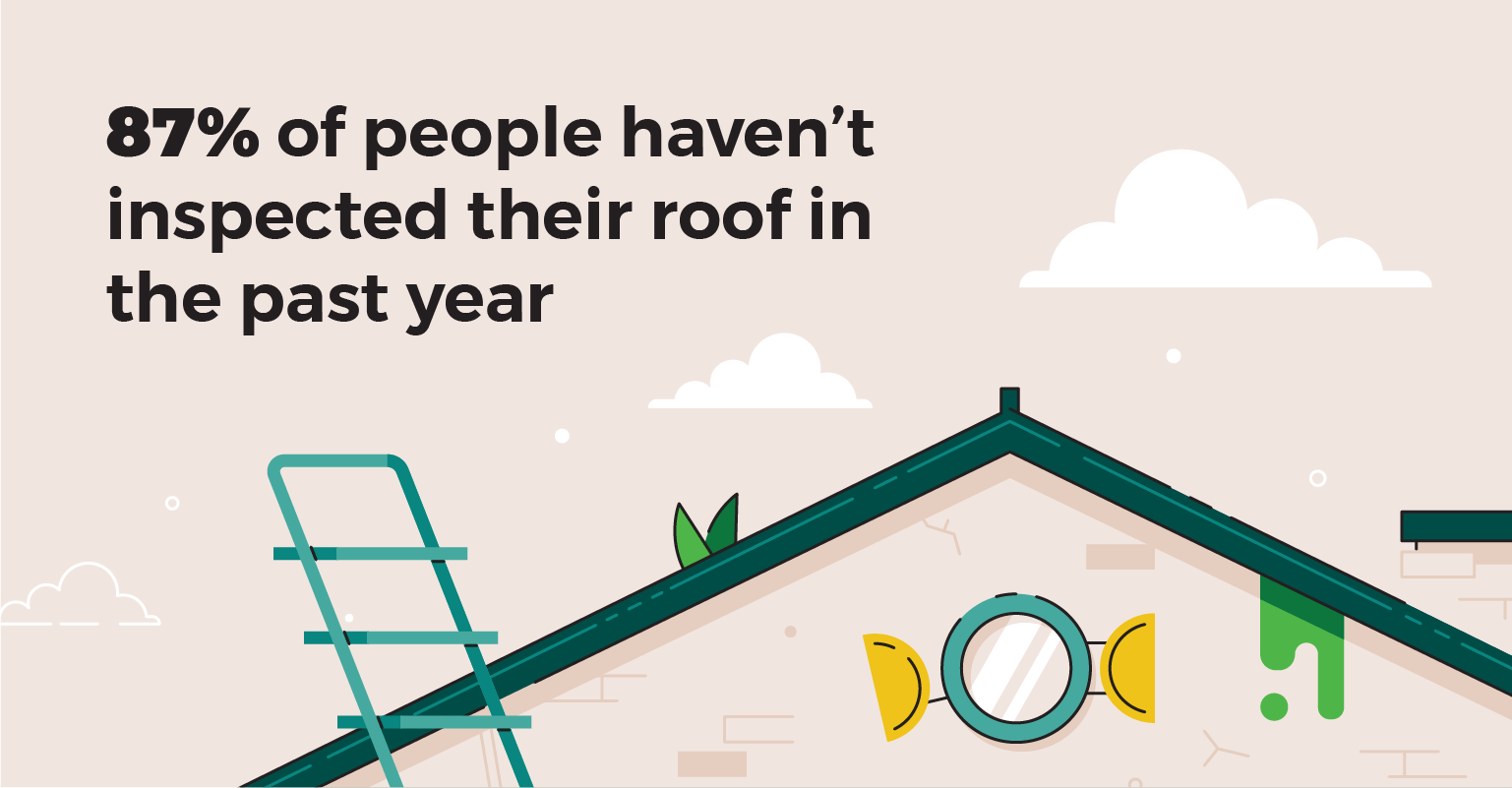 The National Roofing Contractors Association recommends that you self-check your roof at least twice per year in addition to professional inspections, but most Americans don’t follow through.

It’s important to check if you have missing or warped shingles to avoid being put at risk of weather damage. You’ll also want to look out for any mold, rot or algae given it’s a telltale sign that there could be leakage or water damage.

Pressure washing eliminates mold and mildew, but only 14.5% of Americans do it

The exterior of your home is exposed to everything from extreme weather, harsh pollutants, insects, animals and more. Over the course of a few years, it’s common to have a build up of mold, mildew and dirt.

Many recommend that you pressure wash home at least once per year if you can see the grime built up, but there’s a larger debate around if pressure washing your home can cause harm. Since commercial pressure washers can be strong enough to destroy all types of materials, even concrete, it’s important to be careful with the strength of the water and the age and condition of the siding on your home to prevent such damages.

In the end, allowing grime to sit on your home for an extended length of time can ultimately cause permanent damage.

Did you know that you could save 5-10% on your energy bill annually if you weatherstrip your windows or doors?

Not only does checking the seals on your windows save money, but it will help keep out drafts, insects and moisture. It’s recommended that once per year you check your caulking and either fill in the gaps if it’s in good condition or replace it entirely with new caulking.

Sometimes it’s not easy to spot mold, but there are ways to prevent it in the first place. When we asked Americans questions related to standing water, leakage, opening windows to the elements and more, a majority said that they take precautions to avoid allowing unwanted water from damaging their home, but 38% don’t take any precautions.

How important is ventilation in bathrooms?

There’s a reason why installing a vent fan is a building code requirement for bathrooms, but that doesn’t mean that everyone uses it. 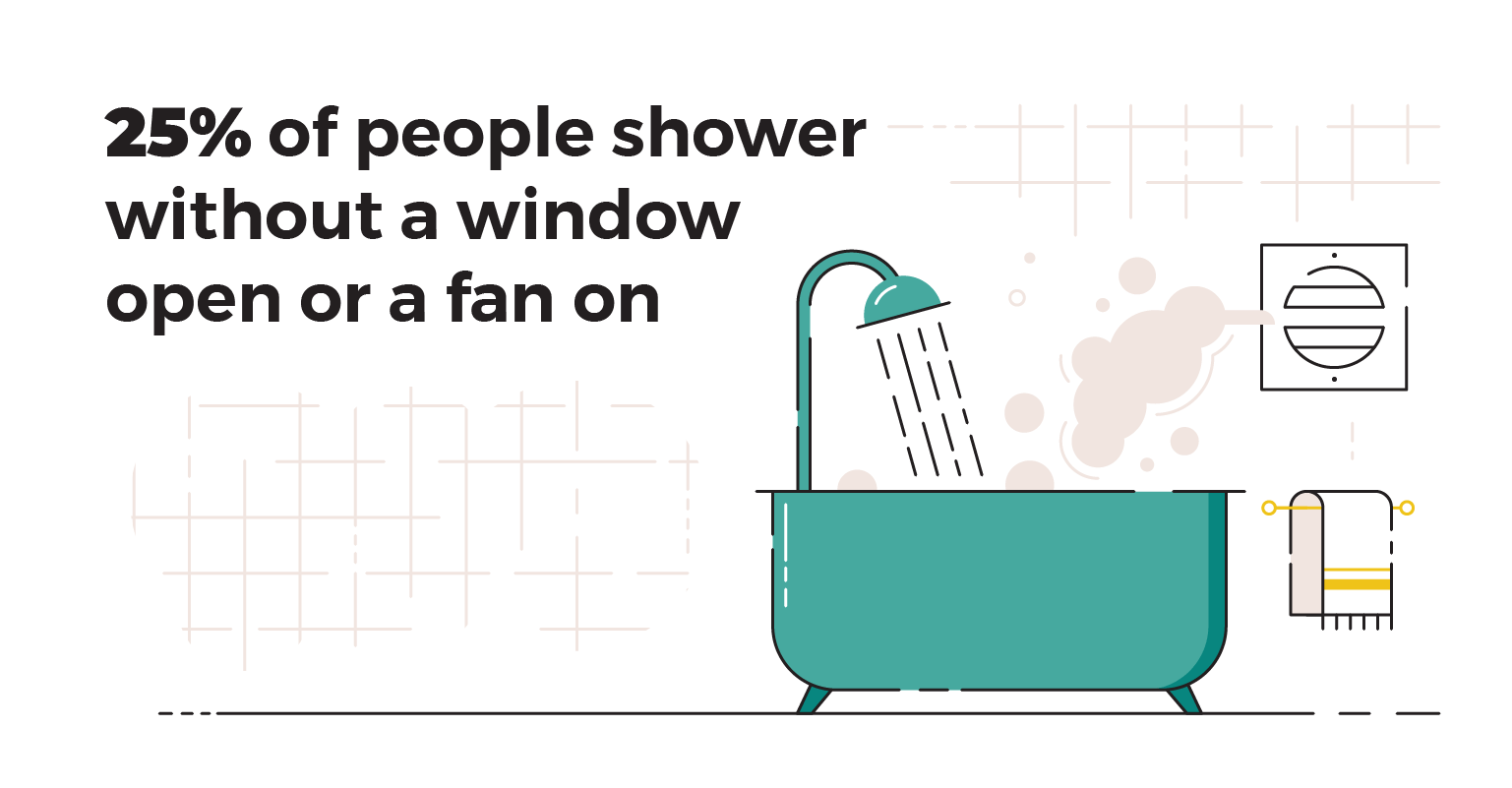 Ventilation is important in bathrooms to remove warm moisture from the air from showering or bathing. Otherwise there is a heightened possibility of damage to the walls, ceiling, insulation, fixtures, not to mention imminent threat to the structural support of your home due to mold and rot.

When showering, you should always turn on the vent fan or open a window to make sure that moisture isn’t being built up in the bathroom.

Although you can’t always predict when it will rain, open windows can lead to water damage in your home. A good rule of thumb is to close your windows when you leave the house to avoid unwanted leakage.

What can you put down the drain? 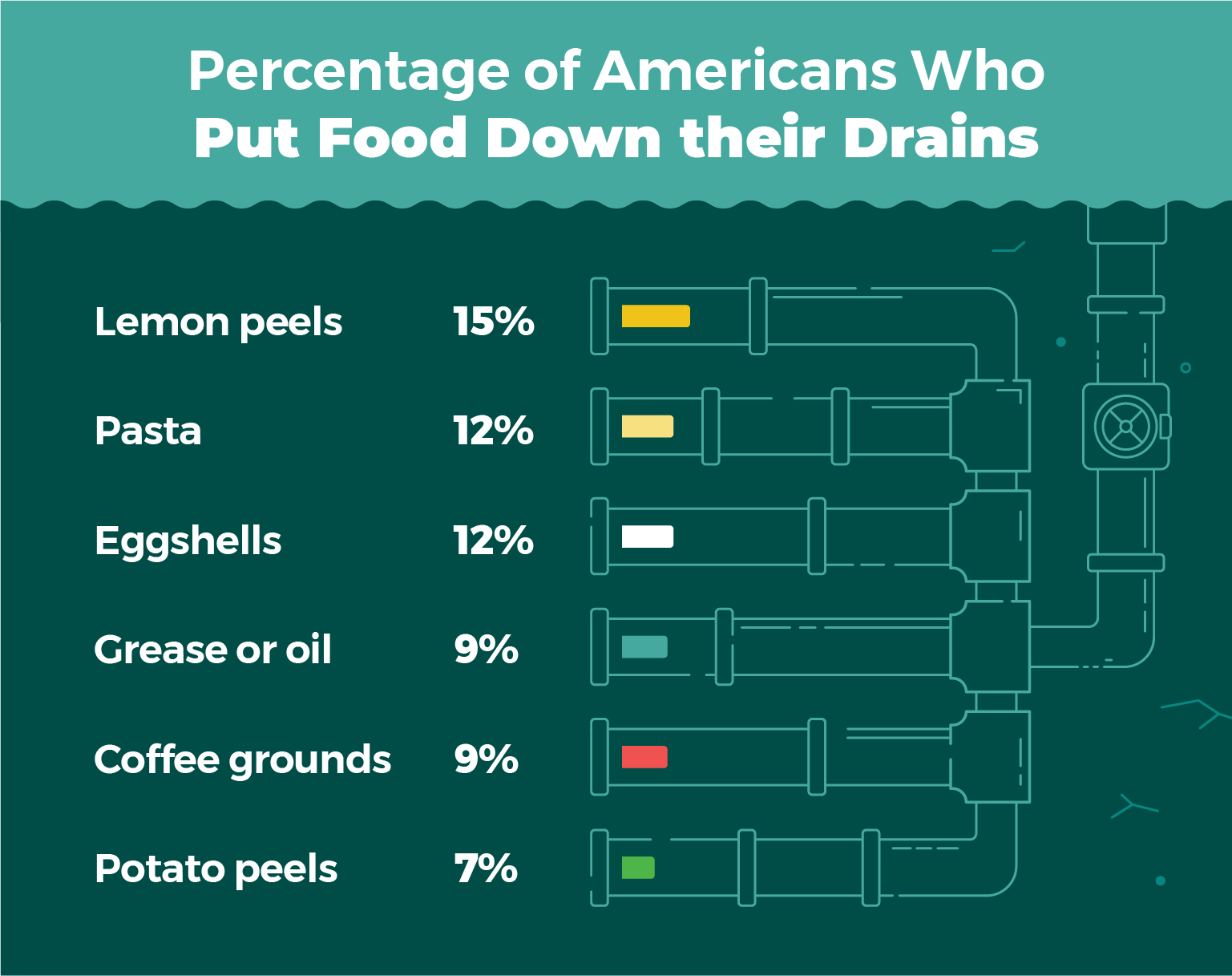 That said, nearly 1 in 10 of people do put some food items down the drain, the most popular being lemon peels (15%).

The age old trick for naturally deodorizing your garbage disposal is by putting lemon peels down the drain. Sure, it may replace the smell of your kitchen with a fresh lemon scent, but plumbers say it may be causing more harm than good if it clogs the drain.

It’s no surprise if you’ve heard time and time again not to put grease or oil down the drain, and it’s for good reason. Grease and oil accumulates on the side of pipes eventually clogging the drain, but that doesn’t stop 9% of people to do it anyways.

Believe it or not, nothing should be put down the drain as it is detrimental to your pipes.

The Simple Dollar conducted an online survey of 1,000 Americans aged 18 and older to learn what they do to destroy their homes. The survey consisted of 3 questions fielded December 2019 using Google Surveys.

Enter your ZIP code below and be sure to click at least 2-3 companies to find the very best rate.

Latest from Trent
Mailbag: Questions About Credit Card Destruction, NBA Viewing, Faucet Replacement, Hand Lotions and More!
Saving Money Now to Buy Time in the Future
How To Navigate Taxes as a Freelance Worker
Read more from Trent
Featured on: