Handling Insurance on an Old or Historic Home

Insuring an older or even historic home is a profoundly annoying task up to the point that you need that insurance.

I live on a two-acre farm that dates back to 1851 and still includes a chicken coop, goat shed, potting shed, potato shed, smokehouse, outhouse, well house, detached garage, and 5,000-square-foot German-style barn. It is one of Oregon’s original homestead farms and is just blocks from where pioneer Joseph Meek first settled in 1841. It sits on just two acres of the original 640, but it is both an Oregon and national historic site.

It is also very fragile. On April 7, 2017, a storm came through the area with sustained winds of 60 miles per hour or more. That wind got into a small opening along the southwest corner of the barn and peeled a section of the barn’s western wall right off. It took siding, windows, and beams, but it was also strong enough to push one of the barn’s corner beams right off of its concrete support, exposing a whole lot of rot beneath. Immediately after seeing the damage, I called out insurers at USAA.

Four years earlier, that company was not all that keen on insuring us. My wife is part of a military family, and she tried to get a mortgage through USAA, only to be told at the last minute that the company wouldn’t insure a farm. However, since her family had used them for homeowners insurance for decades, we asked them for similar considerations.

They sent an inspector to the property and had no problem insuring the home itself. The outbuildings, however, gave them some concern. They demanded we apply new paint to the goat shed and smokehouse to prevent water damage. They also wanted us to re-shingle the roof of the potato shed, which was in desperate need of repair. Finally, they asked us to build a fence around a set of stairs that led to a basement dug beneath the house in the early 2000s, saying they wanted us covered in case “some neighbor kid” came onto the property and fell into the stairwell. We obliged, sent pictures, and received word that they’d cover the house and all the outbuildings.

This was not necessarily a given. A friend in Quincy, Mass., had gone to USAA for insurance on his 1920 Colonial home, but was denied when the Texas-based company read the inspector’s report that found old knob-and-tube wiring. My friend later went with a New England-based company that was unfazed by that particular feature.

But USAA did right by us and sat in the background during five years of relative silence on the farm as we paid roughly $1,500 a year in premiums. After the windstorm, however, they recommended we find a contractor who would be familiar with the kind of property we were repairing. We’d just spoken with the Restore Oregon historic preservation group and had brought them on a tour of the barn a few months before. After I called them in a panic, they recommended five different companies and individuals for the job. Of those, just one — Arciform in Portland — was available to do the work.

They came out to have a look and told us their recommendations for fixing the corner post, a sill beam running across the front of the barn, the wall supports, siding, windows, and flooring that had been damaged by the storm. By April 17, USAA had an inspector out to our property and, by April 28, we received $5,000 to shore up the exposed barn and work up plans.

But just having an insurer by your side when fixing a building like this isn’t enough. There was constant communication through phone calls and through USAA’s claim site clarifying how much we had to work with from our outbuilding coverage ($53,300), what other coverage was available to us ($15,990 in multipurpose “home protector” coverage and debris removal costs), and what we could and couldn’t do. Arciform sourced lumber from a mill in Montana to match original saw patterns, attempted to use nails, bolts, and hardware similar to what was used on the barn (though the original square nails were hard to come by), and trenched out the ground around the barn to expose supports long covered by gathered soil.

The first payment, however, didn’t arrive until July. Unfortunately, because a payment of that size has to be mailed to the mortgage company first, endorsed, and then sent back to the contractor on the mortgage company’s timetable, we weren’t able to get onto Arciform’s schedule until fall. Even then the mortgage company demanded an inspection at the job’s halfway point before the first half of funds could be released, then again when work was 90 percent complete. We complied, and work reached the 90 percent mark in late November. We called in for our last inspection, it was performed and submitted, but a worker at the mortgage company in Cleveland flagged it for having lumber that didn’t look like the rest of the barn. After the inspector informed him that we could never paint the barn to look like milk paint and more than a century of weathering, he finally released the full payment to Arciform.

On January 8 of this year, USAA sent the project’s final payment. The mortgage company approved it and Arciform received its last payment. There was enough left over for Arciform to install a downslope dry well in front of the barn to collect drainage and ensure that water damage would never exacerbate damage from a windstorm again. It took roughly 10 months to get the barn back on its feet, and that was with a supportive insurer and the right personnel in place.

It could have been far worse with none of the above. We’re still with USAA today, but the experience gave me some insight into what my wife and I likely should’ve been looking for in an insurer and in coverage:

Tips for insurance an older home

When my parents visited for Christmas, my stepfather went for a walk around the neighborhood and got lost. He flagged down a police car and described our farm to the officers. The officer driving the squad car told him to relay a message: That he was glad we saved the barn and that he and his family have driven by it regularly for decades. After my parents left, we received a Christmas card from neighbors a few blocks away thanking us for rebuilding the barn and telling us how many family photos they’d taken in front of it over the years.

While not every older home has that kind of support from the surrounding community, they all require at least a modicum of emotional attachment from the owner to make all of the maintenance and upkeep worthwhile. You’re insuring your home and perhaps that of your family, but you’re also insuring that your home’s legacy continues to the next owner. That’s something worth considering when you decide just how to insure that old house. 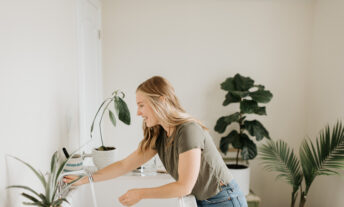 The Best Homeowners Insurance Companies of 2021 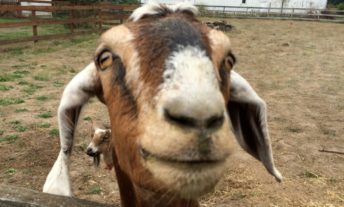 Our House Came With Two Goats — and They’re Heartbreaking Helpers