Americans fear climate change will increase natural disasters, but 1 in 3 don’t believe their home is at risk

We’ve heard it time and time again — climate change will determine the fate of our future and of generations to come. And, it’s no secret that we’ve witnessed an increase in natural disasters not only in our lifetime, but in the past few years.

Remember the 2018 California wildfires that destroyed over 1.6 million acres and 23,314 buildings? Or, Hurricane Harvey in 2017, which damaged over 135,000 homes? That’s not to mention the devastation that natural disasters have caused worldwide.

The Simple Dollar conducted an online survey of more than 2,700 Americans aged 18 and older to learn more about if they feel threatened by climate change and if they’re insured in the chance that a natural disaster occurs in their community. The survey consisted of 3 questions fielded September 19, 2019 using Google Surveys.

In our analysis, we found that 15% of Americans do not insure their homes while 30% don’t even know if they have home insurance.

Climate change and its effect on natural disasters

First, let’s dive into how climate change is tied to natural disasters.

Climate change refers to the long-term change in the earth’s weather patterns and temperatures, which could take place over the course of a few decades to millions of years. It’s one of the biggest threats that our world faces, but scientists say it can be slowed down through widespread sustainable actions.

The change in global surface temperatures fuels more droughts and increases the intensity and frequency of storms. Americans have witnessed that in just the past few decades. The National Centers for Environmental Information (NCEI) reported that over the past 39 years, the U.S. has sustained 250 weather and climate disasters with the cost of damages reaching over $1.7 trillion.

Compare this to only 50% of men who are concerned about climate change. Why is it that women are more in tune with the effects of climate change?

There’s no clear cut answer, but some argue it’s due to the fact that women are child-bearers, are less self-interested than men, women make the consumer decisions and that environmentalism is a feminine trait.

How fearful are Americans of climate change affecting their property?

You heard it right, natural disasters have caused trillions of dollars in damage in the U.S. since 1980. However, not all Americans think that it could affect them in the future.

Only 47% of Americans have purchased rental or home insurance to cover them in the event of a natural disaster, while 30% don’t know if they are insured. We noticed that age plays a big part in these findings. Older age groups are more cautious than younger when it comes to insuring their property.

It’s surprising that the 18-24 year old age group is not as concerned over home insurance with 55% of this group not knowing if they are insured, given Gen Z is buying homes. Yet, surprisingly, nearly 1 in 3 Americans up to the age of 44 didn’t know if they were insured either.

We found it particularly surprising this many Americans don’t know if they have home insurance given that in the event of a fire, storm, vandalism or more, the homeowner is responsible for replacing and repairing the damage. That risk for such a large financial responsibility can be crippling in the event of a catastrophic disaster.

The U.S. is expansive, spanning several million square miles of wildly different climates and landscapes. From arid deserts to damp tropical regions, every area in the U.S. comes with its own risk for different types of natural disasters. Expectedly, some regions of the U.S. are more familiar with the risk of natural disasters than others.

If you speak to someone in Kansas, they know the procedure for protecting themselves from a tornado. In California, swap that with reacting to an earthquake, or in Florida with hurricane preparedness. Given the prevalence of natural disasters in some states more than others, it’s understandable that some may protect their homes better in these areas.

We found it most surprising that the midwest has the highest amount of people who don’t know if they have home insurance considering their proximity to tornado valley and the risk involved with living in that area.

How to protect your home against a natural disaster

One of the most obvious ways to protect yourself against a natural disaster is with home insurance. However, not all home insurance is the same. It’s important to look into the finer details before selecting an option that will suit your property and needs.

Unlike car insurance, it’s optional to have home insurance, but most lenders require homeowners insurance if you finance your home with them. Although it’s not required by law, it is essential to avoid the traumatic financial responsibility of covering your home in the chance of a natural disaster.

Basic policies don’t cover all damages from a natural disaster, so it’s important that you review your policy extensively and protect your home against the possibility of natural disasters that are prevalent or possible in your area.

When it comes to evaluating your home insurance policy, look out for these items that will cover your home against common problems and natural disasters:

Dwelling coverage: Dwelling coverage is the most standard home insurance offered, although what it includes varies state-by-state. Typically policies offer the following: fire and smoke damage, lightning strikes, windstorms, hail, explosion, vandalism, theft, damage from snow or ice, falling objects and damage from an aircraft or a vehicle. It will help you rebuild your home in the event of a total loss up to your policy limit.

Optional coverages: When it comes to protecting your home against natural disasters, many fall under optional coverage. For example, insurance for floods, earthquakes, water backup of sewer, and unattached structures on your property is often separate from typical home insurance policies. It’s important to research what optional coverage makes sense for you to invest in based on where you live. 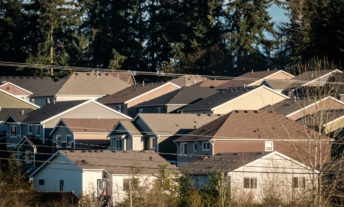 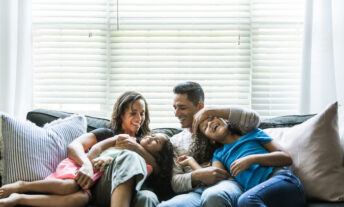 The Best Home Insurance Companies of 2021