The West Coast Wildfires Are a Home Insurance Crisis

The West Coast is burning and insurers are fleeing. Since February the Western half of the U.S. has been facing a record-breaking wildfire season. In California, wildfires have now burned over 4 million acres — double the destruction that the 2018 wildfires caused.

So far, 8,400 buildings have been destroyed in California. Replacing them, even with insurance, will be a costly and complicated process. Homeowners insurance in California is becoming increasingly volatile as insurers either pull out of the market or skyrocket premiums.

Why are insurers fleeing the California market?

Many insurers have pulled out of the market since the 2018 California wildfires cost insurers an estimated $13 billion. Since they can’t charge premiums high enough to earn an underwriting profit, it doesn’t make sense for an insurer to provide coverage for a high-risk home they know will be destroyed.

According to the Wall Street Journal, insurers chose not to renew 167,570 home insurance policies in California in 2018, up exponentially from previous years. As 2020 surpasses past years in wildfire damages, insurance losses are sure to follow. And with fewer insurers in the market, premiums are higher with those still underwriting.

What does that mean for homeowners?

Renewal rates have spiked for Californian homeowners who live in areas at risk of wildfire. Jade Plummer, an insurance broker at Unity One Insurance in San Clemente told us that she’s witnessed some premiums jump from $3,000 a year to $40,000 a year for renewal. Facing mounting insurance costs and losing access to private insurance can be a frustrating scenario for homeowners — especially as wildfire-prone areas expand.

“In high-risk markets or areas where the home value is high, consumers may be forced to pay costly premiums due to limited regulatory protections,” says Mike Gulla, Director of Underwriting at Hippo. If it becomes difficult to acquire affordable private insurance for homes, then buyers can’t get a mortgage to purchase in those areas. And that trickles down to California homeowners struggling to find buyers if they’re looking to move or sell.

Suddenly, homes in fire hazard areas are basically uninsurable and add up to an extremely volatile housing market. It’s not completely hopeless though. “Losing private insurance takes away the options from the consumer. A lot of the time, homeowners in a fire area only have one option,” says Plummer.

He refers to the California FAIR Plan which offers last-resort coverage for wildfires — supplemented with a more standard policy for liability and other damages. Plummer suggests the program works best if combined with a Difference In Condition (DIC) policy.

Yet, the worry can still be there for the consumer, Plummer adds. “I think it does make homes harder to sell and buy, as consumers buy so many things online now and don’t know a good broker. They think, well, my rates are acceptable today but what about next year, will it get worse?”

What are California legislators doing about it?

California officials face a dilemma — they can let insurers raise premium rates, or cap them and see insurers leave the market. Neither option is great for the homeowner.

David Cusick, Chief Strategy Officer of House Method, told us that, “Officials don’t have much bargaining power here. They can regulate insurance rates, but they can’t stop companies from declining to provide coverage, as has happened to hundreds of thousands of homeowners in the past few years.”

In December of 2019, Ricardo Lara, the California Insurance Commissioner, issued a one-year ban on insurers from dropping homeowners in areas that had experienced wildfires in recent years. That ban expires this December, just a couple months after the worst wildfire season California has ever seen, and it can’t be renewed

In an upcoming hearing with insurers, Lara plans to ask homeowners and communities to implement standards for reducing wildfire risk and implore insurers to reduce premiums for homes that meet those standards. His final bullet reads, “requiring that insurance companies seek adequate and justifiable rates to protect the solvency of the market.”

According to Janet Ruiz, the Director of Strategic Communication with the Insurance Information Institute (iii) key improvements to the state regulatory systems could allow companies to write insurance in high-risk wildfire areas — as well as use models that reflect current climate conditions rather than looking at the past 20-year history of losses.

What can you do about it as a homeowner?

If you live in a hazardous zone, you’ll need to be proactive about your coverage. Shop around, look for supplemental policies and prepare your home to reduce risk.

Plummer recommends working with a broker if you’re having a hard time finding coverage, “Insurance brokers represent many companies, not just one. The process will be much shorter and if you have a good broker, no matter what area you’re in, your house will be able to get insured.”

By implementing some fire-resistant practices for your home, you may be able to reduce premium rates. Ruiz offered some ideas.

“Flammable debris may include pine needles, wood mulch, firewood and wooden outdoor furniture. Install materials that are specifically resistant to fire where you can and keep your lawn and surrounding areas watered.”

It’s a distressing time for West Coast homeowners as wildfire season rages with record-breaking impact. The cost to insure high-risk homes has both increased premiums and led to fewer insurers willing to underwrite in the market. The California legislature has made steps to attempt to mitigate this, but each homeowner will have to be proactive about their coverage. 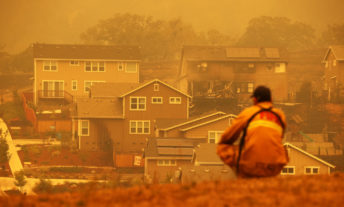 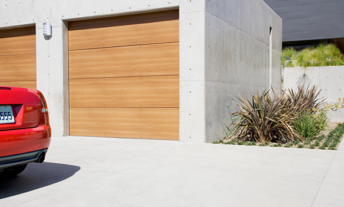