Even under the best of circumstances, addressing something as important as life insurance is less than fun. But understanding if and when life insurance payouts are taxable, and what measures can be taken to help avoid paying Uncle Sam, is an essential part of sound financial planning.

If that sounds intimidating, read on for some key advice from life insurance and certified financial planning experts.

Use this calculator to compare quotes from multiple life insurance companies.

By and large, the proceeds from life insurance are not taxed. This is because life insurance payouts are not included in the recipient’s gross income and therefore do not need to be reported to the IRS.

In addition, life insurance premiums are typically paid with after-tax dollars, so proceeds from such policies are exempt from further taxation.

The exception to this general taxation rule arises with individuals who have extremely large estates, which will be explained later. But for the time being, it’s important to note that for spouses, no matter what the estate size, payouts are excluded from taxes.

There are, however, some basic pitfalls to be aware of, according to David Hryck, a New York City tax advisor, lawyer, and personal finance expert who is a partner at Reed Smith.

For instance, life insurance proceeds will be taxed if they’re paid in installments instead of a lump sum. The interest paid on installments would be taxed at ordinary income rates, according to Hryck.

When life insurance is taxable

In the world of life insurance planning, there’s a common and highly complex trap known as a tax triangle, according to Penn Mutual’s Victor.

For example, in the case of an employer-owned life insurance policy (first party) that covers an employee of the company (second party) and pays out to that employee’s spouse (third party), the death benefit received by the beneficiary may be subject to income tax.

In some cases, the beneficiaries of wealthy individuals whose estates are in excess of a certain dollar value, may also find themselves paying taxes to the state and/or the federal government on life insurance proceeds, says Chris Kimball, an independent financial planner in Washington.

“For wealthy individuals, without proper planning, a large part of their life insurance death benefits might end up going to their favorite uncle – Uncle Sam,” says Kimball.

Here’s why: The federal government allows a wealthy individual to transfer up to $5.45 million to his or her heirs, without paying federal estate taxes. However, if someone has a life insurance policy with a death benefit of $3 million, for example, that too could be included as part of his or her estate.

“So for someone who is worth a couple million dollars, when they die, their beneficiaries probably won’t pay any federal estate taxes. But if he or she also has life insurance that puts the estate value over the top of that $5.45 million threshold, then there will be taxes to be paid,” explains Kimball. “In addition to the federal government, various states may also have their own, separate, estate taxes.”

Often high-net-worth individuals get around this inconvenience by establishing an Irrevocable Life Insurance Trust, or ILIT.

The ILIT is a trust that owns the policy, and therefore the value is generally not considered part of the individual’s estate. And upon death, the insurance proceeds go to the intended beneficiaries, not the government.

However, if an in-force policy is put into an ILIT less than three years before the individual’s death, it could be subject to the estate tax.

Additionally, taxes could be a factor if the owner puts more money into a permanent life insurance policy than was originally stated or allowed in the contract. This overage in funds turns the cash value of the life insurance policy into a Modified Endowment Contract, which is taxed as an investment vehicle.

“If a policy can hold $100,000 and you put in $150,000, then the cash value amount will be taxed as if it were an investment vehicle,” explains Anthony Bowers, a senior associate with Revolution Financial Management in Valencia, Calif.

Nearly all experts agree that proper planning when it comes to life insurance is essential, no matter how young you are and no matter what your overall net worth may be.

A thoughtfully established policy can provide for loved ones in your absence — replacing lost income, and also helping to cover any remaining liabilities or expenses associated with the deceased individual.

“I tell everyone that they need to have a life insurance policy,” says Bowers. “Because at the end of the day, there are things you’re leaving behind that your family is going to have to deal with.” 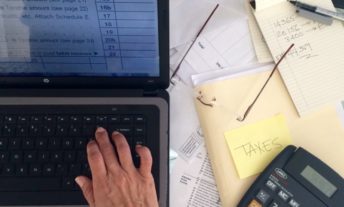 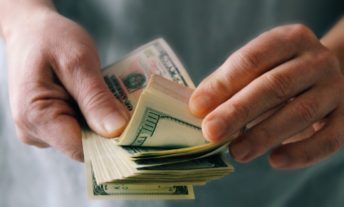 Cash Value and Life Insurance: How to Pull Money Out of Your Policy