When Do You Need Life Insurance?

When I graduated from college, a thoughtful relative of mine gave me a letter she had typed out on her computer. It was about twenty pages of material that she had typed out over the course of a number of years, and she printed out a version of it for every relative of hers who graduated from college or trade school or high school, given at the point where it was clear that they were about to enter the workforce.

Save money on life insurance with our simple comparison tool.

The letter mostly contained a ton of different practical life advice and suggestions about how to navigate life as an adult. I don’t have it any more – it was wiped out when my apartment flooded at some point in the mid-2000s – but I do remember much of the advice.

One piece of advice that I remember stewing over was the suggestion to get life insurance. She said to get a big thirty year policy that would cover me through the years when I would be raising kids and to get it young so the premiums were cheap. It’s really good advice, but I didn’t really internalize it and never bothered to get a policy.

Instead, I waited around until my firstborn was a couple of years old and then I got a 20 year policy, which would cover the loss of my income during the period when we would have kids at home.

In the end, that’s the key answer to whether or not you need a life insurance policy. Is anyone else depending on your income in order to maintain their quality of life? If you disappeared, would the void of a lack of income create hardship in the lives of people that you love? If the answer is no, then you (probably) don’t need life insurance. If the answer is yes, then you should probably get a policy.

Let’s look at a few specifics.

First of all, if you’re single with no plans to be in a long-term relationship and no plans for children, a life insurance policy is probably not a very high priority. You almost definitely have financial priorities in your life that greatly supersede a life insurance policy, so take care of those things. Things like debt repayment and retirement savings take a much higher priority here.

On the other end of the spectrum is people with children, who should have some significant form of term life insurance to help provide for those children should an unfortunate event happen. The term of that policy should last into the adulthood of your children so that if something happens to you at any point during their growing years, they’ll be financially taken care of. It is a very good idea to couple this action with a clearly-stated will that identifies who is to become the guardian of your children in the event of your untimely death. This is a decision we wrestled with greatly, but when we made our decision, it was clear that it was the right decision, and it’s one that we wanted to spell out in legally binding terms.

The challenge comes with situations that are in the middle, and you’re likely to get a lot of contradictory advice. Here are some principles I recommend.

If you don’t have any life insurance and have at least some realistic chance of having a child in the next ten years, you should get a thirty year term policy now rather than later. The reason is simple: getting such a policy now, when you’re in relatively good health and as young as you’ll ever be, lowers the overall risk of the policy and thus lowers the cost of it. In general, a 30 year term policy starting today will cost less in total than a 20 year term policy starting in ten years, simply because of the risk of medical issues cropping up in those intervening ten years.

If you are in a long term relationship with someone and your partner would be financially unstable without your income but children are not planned or expected, consider a shorter term policy. You’ll want to be sure to cover the years in which you expect that your partner would be in financial difficulty without your income, and the benefit for that policy should be enough to make up for that financial shortfall in your partner’s life.

Another valuable principle to follow: as soon as you realize that your situation has changed and you’re now in a situation where life insurance is important, get a policy now rather than later. The reason is that the younger you are, the less expensive term life insurance will be, plus you run the risk of experiencing a loss of life or a serious health issue between now and when you get the policy. The sooner you get it, the better.

The truth is that life insurance is about having a good grasp as to where you’re trying to go with your life as well as having a sense of responsibility for those choices. I am financially responsible for my children because we made the decision to bring them into this world and they’re not capable yet of earning an income of their own, thus I need to do all I can to help shepherd them to that point. I am also financially responsible for my wife, to an extent – she’s quite capable of earning a solid income on her own, but there would be financial impact if my income were to suddenly disappear, and my financial planning needs to take that into account.

What should you buy if you determine that you need life insurance? My general recommendation is to get a term policy with a term long enough to cover the period in your life where you have dependents whose lives would be very adversely affected by losing your income and a benefit large enough to replace your income for ten years. As for who to buy from, the market changes frequently, so I’ll point you to The Simple Dollar’s guide to life insurance companies for help in your decision. In general, I recommend shopping around amongst well-established and reputable insurance providers before choosing a policy, and I would make sure to look at providers who cater to specific groups you might be a part of, such as veterans or teachers or members of a particular faith.

Save money on life insurance with our simple comparison tool.

A final note: having a healthy life insurance policy that will take care of my wife and children is a notable stress reliever. It takes care of that worry that many people who have long-term partners and also many people who have children have, that if something were to happen to them it would have a catastrophic impact on their family. There’s nothing you can do that will replace your presence, but this is a part of the equation that you can control, and it’s one that, when you do take care of it, brings genuine peace of mind.

If you’re in a situation where a life insurance policy does make sense, it is a very responsible use of a surprisingly small amount of money, and making that move will bring you some peace of mind as well. 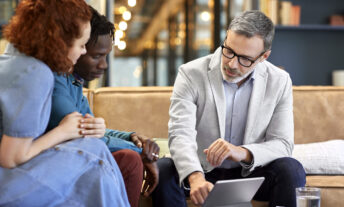 The Best Term Life Insurance for 2020 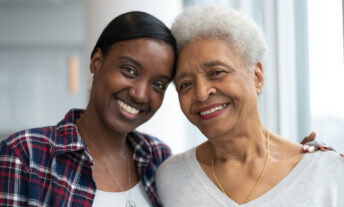 The Best Whole Life Insurance for 2021