Would Life Insurance Cover Zombies? We Asked the Experts.

Zombies have been a fan favorite for horror enthusiasts for decades. From Night of the Living Dead to The Walking Dead, the zombie apocalypse is always a fascinating scenario to analyze. But, one thing that’s never addressed in the movies is life insurance —  for zombies and survivors alike. So we talked to the experts to see if returning to life in a less than ideal state, would be covered under a typical life insurance policy.

We’re operating on a few assumptions: first, life insurance companies are still operating during a possible zombie apocalypse. Second, you have the ability to pay a premium each month to keep your policy active — while scaring people away.

The short answer is no. Zombies are not covered.

As it stands, a zombie would likely not be covered under traditional life insurance policies.

“Setting aside the breakdown in society that would surely accompany a zombie apocalypse, I think a life insurance company would be hard-pressed to determine if someone who is a zombie is living or dead,” says Ben Birken, CFP®, Woodward Financial Advisors.

Birken adds that since life insurance only pays out at death, insurance companies would be more than likely to claim that “the undead don’t qualify and wouldn’t pay the claim.”

Since a zombie’s life expectancy is hard to pin down and they have a whole slew of preexisting conditions — dependence on brains and the potential to lose limbs randomly — insuring zombies would be difficult. Not to mention costly. And since zombies can’t hold down a job, a zombie wouldn’t be able to afford a policy anyway. So it really wouldn’t be profitable for companies to make such a risky investment.

Another added road bump is collecting the insurance money. There would be nothing stopping someone from naming themselves as the beneficiary during the apocalypse and collecting the money once they die, which would not be sustainable for companies. So once you become a zombie, you’re dead — at least as far as your insurance company is concerned.

You can still protect your family before your inevitable demise

If you’re facing a zombie apocalypse, and face danger, the last thing you want to do is to leave your family with your debt and associated costs. So if you see signs of a resurrection of the dead or your neighbor trying to eat your brain — you should set up your life insurance policy as soon as possible.

Ideally, you would want to do it before the issue really hit the news because premiums will skyrocket once zombies are roaming the streets. Undeniably, providing you are a zombie will be difficult for your family, but we will assume it won’t be impossible. (They did lead zombies around on leashes in The Walking Dead, after all.)

Jack Dolan, VP of Public Affairs at the American Council of Life Insurers (ACLI), suggests that you meet with a financial adviser before the apocalypse to ensure your family is covered.

“Whether it’s a zombie apocalypse or regular long-term planning, the best way for most people to ensure they are financially protected is through working with a life insurance agent or another type of financial advisor,” Dolan adds.

How much would you need for coverage during the apocalypse?

Deciding how much coverage you need for the zombie apocalypse is a little more complicated. But if you can afford it, get as much as you can. Randy VanderVaate, president and owner of Funeral Funds suggests whole life insurance.

“We don’t know how long the zombie apocalypse will last, and you wouldn’t want to be caught dead with a term life insurance policy that only lasts 20 or 30 years. You certainly don’t want your insurance to die before you do!”

[ From Trent: How Much Term Life Insurance Do You Need? ]

VanderVaate suggests a $1,000,000 policy that has immediate first-day coverage –– which will payout to your beneficiary regardless if you die of natural causes or of a zombie bite.

“Your beneficiary will get the insurance payout to buy dehydrated food, steel to fortify your house and car, and improvised weapons designed to protect yourself from flesh-eating zombies,” VanderVaate adds.

Insuring zombies would be too difficult and expensive for insurance companies. Even though your life insurance would end when you became a zombie, that doesn’t mean you shouldn’t invest in a policy at the start of the apocalypse. Insurance companies will likely treat your crossover as your death, so you would still be able to provide for your family one last time. Then it’s on to a life of eating brains for you.

Jack Dolan is Vice President of Public Affairs at the American Council of Life Insurers (ACLI). He has represented ACLI in print, broadcast and online news outlets on a wide range of financial and retirement security issues facing American families.

Ben started his financial planning career with Woodward Financial Advisors in 2007. His principle role is serving as a Lead Advisor in client relationships.

Randy VanderVaate is the president and owner of Funeral Funds – a life insurance broker specializing in helping people pay for their funerals and final expenses. 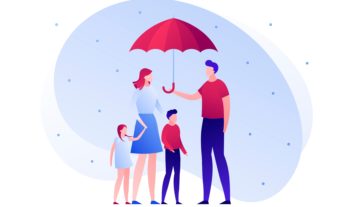 How Much Does Life Insurance Cost? 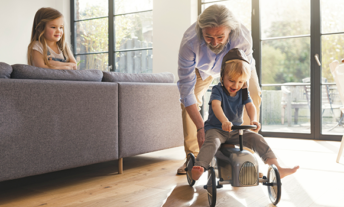 The 4 Most Common Life Insurance Mistakes to Avoid