Most Affordable Big Cities In The U.S.

Those who want the comfort and amenities that come with living in a big city often have to pay the high costs associated with the lifestyle. Not all cities are created equal, however, and The Simple Dollar has conducted research and analysis on over 100 largely populated U.S. cities to determine which are the most affordable ones to live in.

Here are the top 10 most affordable, large-sized cities:

Buffalo was also named by Sperling’s Best Places as one of the “Best Cities to Relocate to in America,” one of the “Most Energetic Cities,” and one of the “Most Secure Places to Live,” making this big city ideal for any kind of lifestyle. Buffalo has a rich arts scene for those looking for cultural events, a college campus for those interested in attending lectures or academic events, and over 20 parks and trails for lovers of the outdoors. Buffalo also has multiple major sports teams, including the Buffalo Bills (football) and the Buffalo Sabres (hockey) for sports enthusiasts.

Winston-Salem has award-winning restaurants, a lively cultural scene filled with art galleries, museums, theaters, breweries and wineries, and a downtown area that has been named one of the top ten in the country by Livability.com. The Old Salem district, a prominent feature of Winston-Salem’s downtown and a treasure for lovers of history, is a National Historical Landmark that features representations of the first settlement and live reenactments. Those fond of the outdoors can also look to Winston-Salem for its many parks, trails, and esteemed golf courses (it was named by Golf Digest as one of the best cities for golf in America!)

These amenities don’t come with a ridiculous price-tag, either: the median house price in Winston-Salem is $106,800, which is over $60,000 less expensive than the average price of a home in the United States. The average rental price for a one-bedroom apartment is $585, which is nearly $200 a month less than the national average, and the median income for a family is $52,127. The city has cost-of-living index score that is 14 points below the national average, making Winston-Salem an affordable and attractive destination for big-city lovers on a budget.

Located on the banks of the St. John’s River, Jacksonville boasts opportunities for swimming, fishing, and various other aquatic recreation. The city has multiple theaters and performing arts spaces, and is home to many cultural events including the Jacksonville Jazz Festival, the World of Nations Celebration, and the Jacksonville Film Festival. Sports lovers will enjoy the competitive spirit that accompanies the annual college football game between the rivalling Florida Gators and Georgia Bulldogs, as well as Jacksonville’s Gate River Run, which is the largest participation sporting event the city has to offer.

Cincinnati has received various accolades, both for its affordability, and for its quality of life. The city has been named by Forbes as one of “America’s Most Affordable Cities” and one of the top ten cities with the most affordable home prices in the U.S. by theNational Association of Home Builders Magazine. Understandably so, as the median house price in Cincinnati is $90,900, which is more than $70,000 less than the median house price in the United States. Renters in Cincinnati are looking to pay about $571 monthly for a one-bedroom apartment, which is among the lowest average rental prices for large metropolitan areas in the country. Overall, the cost-of-living index score in Cincinnati is about 17 points below the national average.

Cincinnati has also been named as one of the “Best Cities for Raising a Family” by Forbes and one of the “Top 10 Great Cities for Young People” by AOL Magazine, and has been ranked in the top five “US Travel Destinations” by Lonely Planet. The city hosts two major league teams and five college sports teams, making it a haven for sports fans, and is home to myriad cultural events and festivals, including Oktoberfest Zinzinnati, the Taste of Cincinnati, the Cincinnati Flower Show, and the Cincinnati Fringe Festival, which is Ohio’s largest Performing Arts Festival.

This year alone, Louisville has made rankings as one of the “Most affordable Cities in the U.S.” by Forbes, of the “Best Entrepreneurial Cities” by Entrepeneur.com, one of America’s “Breakout Cities for 2014” by CNNMoney, and of the top “Creative Cities for 20-Somethings” by PolicyMic. Louisville has a lively downtown area filled with museums, galleries, and world-renowned shopping, as well as an up-and-coming indie scene, and the city is home to many annual cultural festivals, the most prominent of which is the Kentucky Derby. The races themselves come after a two-week long Kentucky Derby Festival, which features the largest annual fireworks display in the United States, along with parades, steamboat and balloon races, and various other participation events.

Living in this bustling hub is slightly more expensive than the other cities featured in this list. However, Louisville is still more affordable than the average U.S. city by nearly all parameters–the median house price is $168,600, which is about $2,000 lower than the national average. The average rent of a one-bedroom apartment is $630, which is about $135 lower a month than the average apartment in the country, and the cost-of-living index score is 6 points below that of the U.S. as a whole. Combined with the median household income of over $61,000, you might even have money left over to bet on the races!

Oklahoma has received praise for being one of the best states to make a living by Forbes, and one of the fastest growing economies in the country according to the U.S. Bureau of Economic Analysis. It’s no wonder, therefore, that Oklahoma’s capital city has been acknowledged as one of the nation’s “Most Affordable Cities” and one of the “Best Places for Business” by Forbes. The cost-of-living index score in OKC is 11 points below the national average, with a median house price of $130,600 and an average rental cost of $590 a month.

Oklahoma City is steadily growing in popularity–visitors seeking outdoor fun can look no further due to OKC’s close proximity to the Wichita Mountains, the vast trails and hiking, as well as ample opportunities for kayaking, canoeing, and rock climbing. Those interested in more mellow activities should visit OKC’s craft breweries, historical societies and memorials, or one of the many theaters and museums (animal enthusiasts should check out the Museum of Osteology, it’s the only one in the country!)

In an article released by Kiplinger ranking the “10 Best Cities for 2011”, Omaha earned the top spot due to its “hot business climate, cool amenities, and a cheap-and-easy living.” Other ranking and recognitions of Omaha include being named one of the “Most Affordable Cities in America” by the Council for Community and Economic Research, the number one “Metro Area for New and Expanding Facilities” by Site Selection Magazine, and the number one “Best City to Raise a Family in America.” All the praise Omaha receives leaves no surprise that the city has a median house price of only $130,700, an average rental price of $663, and an overall cost-of-living index score that is 12 points below the national average.

Omaha has a diverse culture and economy, with multiple music venues, historical landmarks, museums, and eleven colleges and universities. Other attractions include the Bob Kerrey Pedestrian Bridge, the Lucky Bucket Brewing Company, the weekly summer Jazz on the Green festival, and the several noteworthy golf courses and lakes in the area.

Along with being listed on Forbes’ list of most affordable U.S. cities, Pittsburgh was also named the number 1 most affordable city to buy a home. According to Forbes, in a city like Pittsburgh, “buying a home is not only a price bargain, it could be an excellent investment.” With a median house price of only $76,700, and average rental price of an apartment being $684 (both significantly lower than the respective national averages) and a cost-of-living index score 16 points below that of the United States as a whole, it’s no wonder that research consistently confirms Pittsburgh as the most affordable place in Pennsylvania.

Pittsburgh, nicknamed “The Steel City” for its former prolific manufacturing base, has earned its status as one of the world’s largest industry centers. However, the city has evolved and expanded, now home to several well-known universities, pro-sports teams, parks, libraries, a distinct and diverse cultural district that includes museums and sites such as the Andy Warhol Museum, Pittsburgh Center for the Arts, and the annual Three Rivers Film Festival, and a downtown area that boasts more bars per capita than any other U.S. city.

It’s no surprise that over 200,000 people found “sweet home” in Birmingham, Alabama–the city has a median house price of $87,400 and an average rental price of $662, with an overall cost-of-living index score that is 22 points below the national average.
Much like Pittsburgh, Birmingham’s chief industries were iron and steel production, making it an economic hub since the late 1800s.

Today, Birmingham is home to several other industries, including banking, communication, and medicine, as well as the location of multiple colleges and universities. Birmingham is known as the cultural and entertainment capital of Alabama, with an up-and-coming downtown area, art galleries, historic theaters, the ballet and opera, and symphony orchestras. Birmingham also hosts numerous festivals annually, including the Taste of 4th Avenue Jazz Festival, the Southern Heritage Festival, and the Birmingham Folk Festival.

Those seeking a big city along with the benefits of living in a college town should look to St. Louis, which is home to nearly 40 universities, colleges, and technical schools. Not only can residents benefit from the accessibility of cultural events including theaters, galleries and opportunities to attend lectures or adult-classes, but cost-of-living in areas with colleges tend to be considerably lower than typical metropolitan areas. Featured on Forbes’ “2014 America’s Most Affordable Cities,” St. Louis is no exception–the cost-of-living index score in St. Louis is 16 points below the national average, with a median house price of $98,400 and the average rent of a one-bedroom apartment at only $600 a month.

Options for entertainment in St. Louis are plentiful. Popular activities include visiting the Gateway Arch, attending a Cardinal’s game, enjoying the lively downtown area (check out Laclede’s Landing) filled with bars, nightclubs, and prized restaurants, exploring Forest Park, one of the largest urban parks in the U.S. and home to the 1904 World’s Fair, and taking a tour of the historic Anheuser-Busch Brewery (or any one of the many craft breweries!)…just to name a few!

Below is the 100 big cities we examined to determine our rankings: 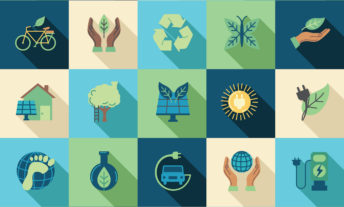 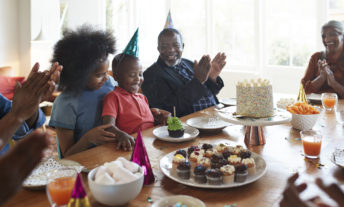