Friday’s terrorist attacks in Paris were horrifying on every level. Unsurprisingly, some rattled and fearful travelers are considering canceling their trips to the City of Light, one of the world’s most popular tourist destinations. I have a trip of my own to Paris booked for March, and mixed in with my shock and horror over the attacks were two questions: Should I still go? How much would it cost to cancel?

In my own case, a combination of planning and happenstance would keep me from losing much money. My hotel reservations are fully refundable, and because my airline made a major scheduling change after I booked my flight, I’m eligible for a refund.

Unfortunately, most travelers could take a far bigger financial hit unless they have travel insurance. If you don’t have travel insurance, you’ll have to rely on the goodwill of your airline, hotel, or any other company you’ve booked with. Some airlines and hotels are offering refunds or the ability to change your reservation for free, but they certainly aren’t required to, and you’ll want to check as soon as possible.

On the other hand, if you have travel insurance, you may be able to walk away from your trip with little or no damage to your wallet. Here’s what you need to know:

Most policies cover terror attacks, but not civil unrest.

The Paris attacks are a pretty clear example of a terrorist act. But because some situations aren’t as clear cut, insurers may stipulate that the U.S. State Department name the incident in question an act of terror.

One important exclusion: Travel insurance typically won’t cover you in the case of civil unrest, which can be equally violent and terrifying. For example, recent political violence in Egypt and Thailand, two very popular tourist destinations, would not qualify as terrorism despite the bloodshed.

Your travel insurance will specify that your trip must begin within a certain time window relative to the terror attack.

Some policies are more generous than others: You could be looking at a narrow window of about a week, or a longer one of a month. (In either case, even if I had bought travel insurance for my trip to Paris in March, my departure date would be too far in the future to make a claim based on the terrorist attacks.)

You may also need to meet geographical stipulations. For instance, your insurer may require that part of your itinerary include a destination within a certain distance of the spot where the attack occurred.

You won’t be covered for terrorism if you buy travel insurance now.

Like most kinds of insurance, travel insurance bars you from collecting benefits related to a situation you knew about before buying the policy. So while I can still buy travel insurance for my trip to Paris in March, I won’t be able to cash in using the terrorism coverage as a reason.

Still nervous? If you haven’t yet booked your trip, or did so very recently, look into travel insurance add-ons that allow you to cancel for any reason. This benefit is usually an option only on more expensive plans, and you’ll need to add it within a couple of weeks of making your first trip deposit.

And be sure to read the fine print: Your benefits may allow for only a partial refund — for instance, you may only be able to recoup just 50% or 75% of your non-refundable travel costs.

As for me, I still plan to head to Paris. Travel guru Rick Steves said it best in a recent Facebook post: “Remember: There’s an important difference between fear and risk … I believe we owe it to the victims of this act not to let the terrorist win by being terrorized. That’s exactly the response they are hoping for.”

Vive la France, and safe travels to all. 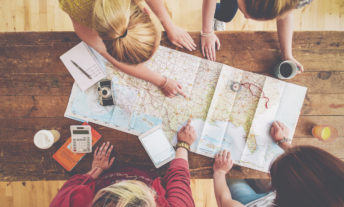 Around the World With Travel Insurance 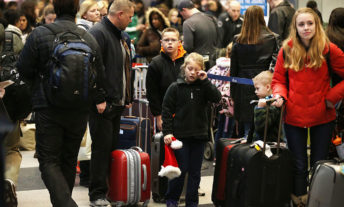