Risky Business? Airbnb and Uber: Insurance in the Sharing Economy

The sharing economy — which includes ride-sharing services like Uber and Lyft and home-sharing platforms like Airbnb, among others —  is bigger than ever. The number of travelers booking their lodging through home-sharing sites this summer doubled compared to last year. And while 17% of Americans were using some form of the sharing economy last year, be it Uber or Airbnb, that number has now more than doubled to 36%.

Pew Research found that 72% of Americans have used some form of the sharing economy (Pew’s definition includes peer-to-peer commerce sites, such as ticket resale outlet StubHub and craft marketplace Etsy), even though most of them weren’t familiar with the term “sharing economy.”

It’s mostly younger Americans who are propelling this new, digital economy — and in fact, a quarter of those surveyed haven’t used any of these services, according to Pew Research.

But the fast-growing numbers don’t lie: The sharing economy is here to stay. And if you’re going to participate, driving strangers in your car for cash or renting out a spare bedroom to make money, you need to know the lay of the land when it comes to insurance.

Whether you’re the sharer or the sharee, this is the first question you should ask before participating in the sharing economy: Are you insured?

For property owners renting out an apartment through Airbnb or HomeAway, are you liable for what other people do on or with your property? For those who rent the property, who will cover you in the event of your own liability or someone else’s?

These are questions you need to answer before you do anything else. Begin your search with the terms of service associated with the platform that you’re using.

For example, Uber’s insurance offers a $1 million liability policy. However, when you examine the policy, there’s more to it than just that.

The policy Uber offers its drivers is primary to personal auto insurance, but secondary to commercial insurance. This means that if you just have regular old car insurance, Uber insurance is your insurer of first resort. For those with a commercial insurance policy, however, Uber’s insurance will only kick in after your commercial policy pays out. With more and more freelancers in the gig economy incorporating and sticking their assets in an S-Corp or LLC, that’s an incredibly significant data point.

Similarly, Airbnb offers $1 million in both property and liability protection for U.S. hosts who share their property through the service. That sounds generous, but it doesn’t cover everything. And while you might not be terribly concerned about the possibility of sexual assaults or acts of terrorism on your property, you should know they won’t be covered by Airbnb’s policy.

So what should you do to be completely covered?

Can You Get Additional Airbnb or Uber Insurance?

There’s one big problem with insurance and the sharing economy: The former hasn’t quite caught up to the latter. That’s why leading sharing economy platforms have such robust insurance policies built in — you’re going to have a really hard time getting anything from your current insurer.

For example, your homeowners policy probably only covers you and people who regularly reside in your house. What’s more, both automobile and homeowners policies generally include clauses forbidding you from using either for commercial purposes. If you incur expensive damages — a crashed car, a house fire — while operating as a business in violation of your policy’s terms, your insurer may not have to pay out.

Insurance companies have an interest in entering the marketplace. Bad press, however, has disincentivized them from offering “gap coverage” for people participating in the sharing economy who don’t want to bank on a Silicon Valley startup providing them with adequate insurance protection.

So what’s a responsible member of the sharing economy to do? There aren’t a lot of options, and most of them aren’t terribly attractive, either:

For nearly everyone in the sharing economy, this is largely an academic question at present. You’re probably not going to run into the kinds of disasters that would require gap coverage, but even if you did, that gap coverage doesn’t exist for the most part.

This puts those in the sharing economy in a caveat emptor situation. You need to look at the terms of the insurance policy on whatever platform you’re using. Then you need to make a calculated decision about the risks and their consequences. 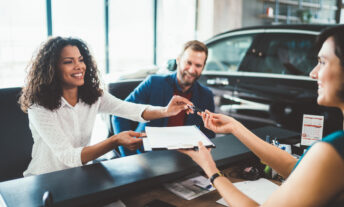 Do You Need Rental Car Insurance?