DIY Investing: Choosing the Right Industry at the Right Time 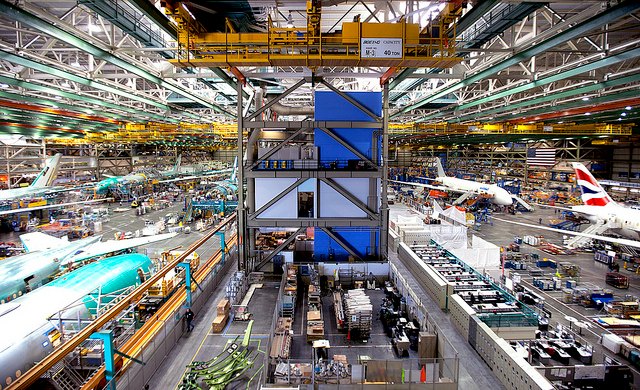 Capital goods, such as Boeing aircraft, tend to see an uptick in the middle of an economic expansion. Photo: Jetstar Airways

Many people consider the stock market an alien and complex thing to grasp. But it doesn’t have to be this way. With some grounding in the basic elements of investing and a little demystification of the terms involved, anyone can further their interest in investing and develop a solid portfolio that will sow the seeds of investment success.

To help you develop a more thorough understanding, I want to share some of the knowledge I’ve gained from my years as a professional fund manager. And for those who want to take their portfolios to the next level, let’s look at some advanced techniques you can employ to read the stock market more accurately and select the appropriate industry to invest in.

Throughout the years, the economies of the different countries in the world have become much more closely linked through constant exposure to trading, importing, and exporting. The creation of this network has been a really positive development, but it has also dramatically increased the number of different factors that impact share prices. This means that any portfolio you develop will likely be a global one, and that to really reap the benefits, it’s vital to understand which factors influence share prices.

Many believe that the biggest factor in a company’s year-on-year performance is its share price. However, while that’s true to an extent, there are four other interrelated factors to consider when you’re looking at the different influences on the shares in your portfolio.

Let’s look at a hypothetical example. My shares in one company are performing really well. That company is in the consumer-facing technology industry, which is also thriving. Consumer tech falls into the wider tech sector, which is going through a boom; likewise, the market at large is positive right now. And the economy? It’s in a positive cycle.

That’s a very simple way of looking at a larger problem: No single share exists in isolation on the stock market. Therefore, to get a complete picture of your share’s potential, you need to understand its context. How is its sector performing? Is the company situated in a solid industry?

But this doesn’t only work if you’re looking at the share in isolation – starting with a well-performing sector or industry is a great way to select the stocks you want to purchase, and can help you establish a strong framework for future investment success.

The Effects of the Economic Cycle

In the above example, I mentioned the economy being in a positive cycle as a factor you can use to judge the likely performance of a stock. But what exactly is a cycle, you might ask?

It’s a term used by economists to describe the five identified economic stages which together form a cycle of economic performance. The cycle covers the economy’s expansion, slowed growth, crisis, and recovery periods. And as the economy at large affects the markets within it, as outlined above, the five stages correlate with the stock market cycle.

Why does an investor need to know this information? Because each sector within a market has a different optimal moment for trading in the economic cycle. This isn’t an exact science, as is the case with so much investment advice, but general trends emerge that we can use as we gather information to support our decisions.

A good place to start is market data from the last couple of decades. By looking closely at those results, we can identify performance patterns to see where in the cycle sectors are at their most profitable and when they generate the most returns.

How Can You Tell Which Part of the Cycle We’re In?

It’s often said that we don’t know what we’ve got until it’s gone. And that’s the case with the economic cycle, too.

It’s surprisingly difficult to be certain which stage of the cycle we’re in at any moment in time, and often it’s only with hindsight that we can be sure of the precise stage events took place in. So how can you tell if we actually are in a state of early expansion? Here are the three most common approaches used to find out.

The latter of these suggestions needs a little more context. Economic indicators are external political factors that have an effect of the overall performance of the market. For an example of what I mean, think about the market turmoil that results from some big political announcements.

It’s facts like this that make following the three points above incredibly worthwhile if you want to be able to adjust your portfolio throughout the economic cycle, to ensure you keep getting a strong return on your investments. By following the suggestions I’ve outlined for choosing your sector and industry, you have a good chance to build a coherent, winning investment strategy that will serve you well no matter the state of the economy. If you’re willing to do a bit of research and try some new investment techniques, you can reap the rewards.

Gaspar d’Orey is the CEO of Zercatto.