Is This the Perfect Investment for Your Kid’s College Fund?

How’s this for a sweet investment: Anyone can buy it, with no fees or commissions. Its value has gone up by about 130% since 2000 — an 8.6% annualized gain. It’s tax advantaged, so those gains were tax-free.

And in that time, investors had virtually no chance of losing their money at any point, even through two devastating stock-market busts. In fact, the worst they could have done was a little better than a 2% annual gain, equal to the Consumer Price Index (CPI), the official U.S. inflation rate.

Before we get into the specifics of the Massachusetts plan, let’s look at prepaid college tuition plans in general.

There are a number of these state-run plans across the country. Here’s how they work in the simplest terms: You buy chunks of tuition at current rates, and then cash them in when your child’s old enough to attend school (when tuition has presumably risen… often by a lot).

Each state’s plan is different, and each comes with unique quirks and common problems.

For one thing, a lot of people feel locked in by such a plan, because your child typically needs to attend an in-state public school to reap the full benefits. More troubling, some states faced funding shortfalls during and after the financial crisis and had to close down their plans to new enrollment.

However, a handful of states — Washington, Florida, Mississippi, and Massachusetts — guarantee their plans’ solvency with the full faith and credit of the state, meaning they are prepared to issue state-backed bonds to cover any shortfalls. Of those, Massachusetts’ plan is the only one that’s open to residents of any state.

Benefits of the Massachusetts U.Plan

Here are some of the perks of the Massachusetts plan:

So, consider a family who contributed $10,000 to the fund in 1996, on their son’s first birthday. At the time, tuition and fees at University of Massachusetts totaled $5,300 a year. Tuition at Boston University was $19,700. They basically locked in about two years of tuition at UMass, or one semester’s worth at BU.

As good a deal as this appears, it’s not for everyone; it’s not even for most people. Just 2.5% of college-bound Americans go to school in Massachusetts, and some will go to schools like Harvard that aren’t on the list of participating colleges; most students will simply stay closer to home.

But there are some similar alternatives that may suit your situation or location.

One is the Private College 529 Plan. This plan works in a similar way, but with more flexibility: You buy chunks of tuition at current prices, and you can exchange them years later at any of the nearly 300 participating schools — which include big names such as Princeton, MIT, Stanford, University of Chicago, Tulane, and Duke, to name just a few (as well as my snowy alma mater, Syracuse University).

This plan is also guaranteed — however, it’s guaranteed by the colleges themselves, not by a state or federal government. If the entire college industry somehow collapses on itself, that guarantee isn’t exactly a guarantee.

Also, if your child doesn’t go to one of the member colleges, you won’t get your funds back with interest the way the Massachusetts U.Plan participants do; in fact, you may actually lose a small portion of the investment to financial management fees.

Still, the additional options in terms of both geography and the sheer number of participating schools makes it more likely that your child will actually make use of the money you invest in this plan.

And a baseline loss of 0.5% is a far cry from watching your stock investments plummet 40% or more, as they did in 2008. (Imagine the family who had been diligently saving for their kid’s college education in a typical investment fund, thought they had saved enough by the time he graduated in the spring of 2008, and then… bam.)

Prepaid Tuition Plans in Other States

Almost every state offers a traditional 529 college savings plan — which is like a Roth IRA for college savings — and we’ll cover those in depth in another post. But only about a dozen states also offer prepaid tuition plans.

Most are only open to state residents, however, and only a handful are officially guaranteed by the state. Most have defined open enrollment periods each year. And while some plans allow you to purchase tuition chunks in small, incremental amounts, others require that you buy an entire semester’s or year’s worth of tuition at a time.

Here are a few of the other interesting and popular prepaid plans across the country:

Washington State’s Guaranteed Education Tuition plan is a very attractive program that allows you to use your tuition credits at almost any college in the country. The catch: Either the beneficiary or account holder must be a Washington resident. Enrollment runs November through May.

The Florida Prepaid College Plan is guaranteed by the state of Florida. It allows you to prepay tuition for one year, two years, or four years (among other combinations) at any public Florida college or university, including the University of Florida and Florida State. This plan also allows you to make payments monthly, annually, or in a lump sum.

If your child receives a scholarship, the covered amount can be refunded, transferred to a sibling, or used for books, room and board, and other related expenses. The amount covered by the plan can also be applied to other schools nationwide.

So, for example, if you’ve prepaid for one year of tuition at, say, $9,000, and tuition at University of Florida is $15,000 when your child turns 18, he or she can still receive that $15,000 toward tuition at an out-of-state or private college. The child, parent, or guardian must be a Florida resident to participate. The enrollment period runs from mid-October through January.

MPact is Mississippi’s prepaid college tuition program, and it’s guaranteed by the full faith and credit of the state. Available to Mississippi residents only, tuition increments are valid for full tuition at in-state colleges or a pro-rated amount at out-of-state and private schools. Enrollment is open October through May.

The Virginia529 prePAID program is guaranteed — but only by the Virginia legislature. This means a majority of state lawmakers would need to pass a (probably unpopular) bill to change the law, and the governor would need to sign the bill (or veto it).

A one-semester credit, the price of which varies by the child’s current age, will cover a semester’s worth of tuition and all mandatory fees at the state’s public universities later on, which include the College of William and Mary and University of Virginia.

Pro-rated funds can also be redeemed for use at private colleges in Virginia or out-of-state colleges. The plan is only available to Virginia residents and military personnel stationed there. Enrollment is usually December through March.

Maryland’s Prepaid College Trust is similar to Virginia’s and also guaranteed only by the state legislature. You can prepay tuition by semester increments, and each unit is valid for full tuition at in-state colleges or pro-rated amount at out-of-state schools. Either the beneficiary or the account holder must live in Maryland or Washington, D.C., at the time the account is opened. The enrollment window last year was from December through early April.

The Texas Guaranteed Tuition Plan is constitutionally guaranteed by the state; however, that plan has been closed to new enrollment since 2003. The Texas Tuition Promise Fund operates as a new prepaid tuition program for Texas residents. While it’s not guaranteed, state law mandates that all public colleges in Texas accept the program’s credited tuition, even in the event of a budget shortfall. Enrollment runs September through February.

Will College Tuition Keep Rising at This Pace?

“Past performance doesn’t guarantee future returns,” the investing fine print always says. So if college tuition has been rising at an 8% clip for over a decade, does that mean it will continue to do so?

Good grief, you’d hope not. How could it even get any higher? There are those who feel we are in a higher education bubble of sorts, and that, sooner or later, people are going to refuse to pay so much money for a mediocre college education.

However, a college degree remains one of the most surefire ways to ensure you get a better job, lower your chances of being unemployed, and make more money over the course of your lifetime. And there are more kids than ever graduating high school and looking to attend college, which allows schools to be more selective — and helps keep demand, and prices, high.

There are plenty of reasons for the astronomical increase in college tuition. However, two trends stand out:

Whether your state decides to increase funding for its public colleges is anyone’s guess, but you at least have some small say in the matter if you’re a voter. Nationally, however, this trend shows no immediate sign of easing up. In this case, even if college spending levels stay the same, the share of the bill that students are expected to contribute continues to rise.

But will schools become more judicious with their spending? Maybe. At some point, you’d hope students and parents will begin placing more emphasis on the value and quality of the education they’re receiving, versus whether their dorm will have a pool.

My hunch is that there will be some kind of reckoning in the next decade for schools that overcharge their students for the quality of education they’re offering. And there are plenty of them: for-profit universities, for starters, but also the less-competitive private colleges that charge as much as Harvard but don’t offer anything close to a comparable education.

At some point, more kids and their parents will realize that a state college — even if it’s not as well-funded as it was a decade ago — is usually a better value than an expensive, fourth-tier private one. Students of all ages from all around the world are discovering the low-cost, liberating power of online education, and it’s possible that employers will grow to respect skills more than degrees. However, it’s a fair bet that the most elite universities like Harvard, Princeton, MIT, and Stanford aren’t going anywhere.

So if you have young child, and you hope he or she will go to college one day, there are certainly worse and riskier investments than a prepaid tuition plan that guarantees you won’t lose your money. 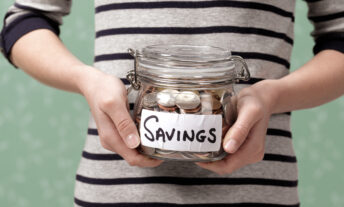 Should You Live at Home to Save Money During College? 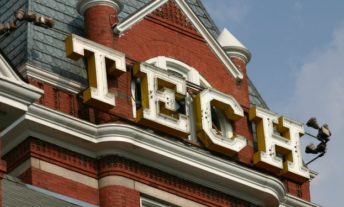 20 Colleges Well Worth the Money 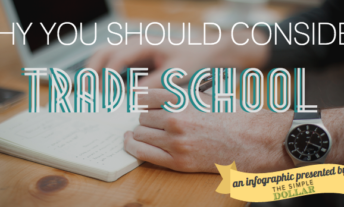