For a lot of people, going to a four-year college seems like an automatic choice when they graduate from high school. The reason is obvious – higher income. According to the National Center for Educational Statistics, a bachelor’s degree accounted for an average of $16,900 in additional income per year compared to a high school diploma ($30,000 versus $46,900).

Over a 30-year career in the workforce, that’s more than a $500,000 difference in earnings. These numbers may not paint the whole picture, however. Due to the increasingly high costs associated with a college education, as well as other drawbacks, more and more people have been considering trade school as an education alternative.

For starters, a bachelor’s degree typically takes four years of study, which means that people who enter the workforce after receiving their bachelor’s degree aren’t doing so until age 22. That shaves some years off of a person’s career and can be considered an opportunity cost for experiencing the ‘real world’ hands on instead of being in a classroom. Plus, a four-year program usually makes you take classes outside of your major to fulfill credit requirements. Unless you enjoy spending time in a classroom, it may seem unnecessary to pay for extraneous credits and courses. Sure, that improv theater class was fun, but was it helpful for your chemistry major?

High Cost of a Bachelor’s Degree

Another drawback is the cost. Research conducted by the Idaho Department of Labor found that the average bachelor’s degree in the United States costs $127,000! Not only that, but nearly 70% of students take out loans to help pay for school. According to the study, over 20% of students with loans owe more than $50,000, and 5.6% owe more than $100,000 at the end. Although some student loans are certainly better than others, the added cost of accruing interest makes the overall expense of receiving an education in the U.S. significantly higher for the average student than the already steep price tag suggests. The college lifestyle isn’t cheap either — dorming, paying for food, going out, and even doing your own laundry adds up!

A third drawback: Some people simply aren’t prepared for the rigors of a four-year college. For many students, college is their first experience away from home and, without an adequate plan, it’s easy to stray off course. In fact, the Institute of Education Statistics estimates that 40% of attendees at a four-year college drop out before completing their degree. If you find yourself as a part of that 40%, not only have you incurred some of the expense of college, you left without receiving a degree. For the 60% that do complete their degree, a whopping 64% take longer than four years to graduate, costing themselves nearly $70,000 in lost wages and educational expenses per year, according to U.S. News. Most colleges don’t even require students to pick a major until the end of their sophomore year, creating a class of undecided students who may have wasted their time and credits on courses that they chose not to pursue.

Finally: Job prospects for new graduates may not be as bright as they had expected. Although some college majors are faring better than others when it comes to labor market outcomes, a recent report released by the Economic Policy Institute states that overall, the unemployment (8.5%) and underemployment (16.8%) rates for college graduates under the age of 25 are nearly double what they were in 2007. Over the past five years, graduates have faced sluggish labor markets Young graduates are faced with limited job opportunities and difficulty paying off their student loans. College degrees are a career investment that require a considerable amount of both time and money, and the portion of grads who are unable to find desirable employment (or employment at all!) are seeing negative returns.

Trade School as an Alternative

My response to these statistics is that people approaching high school graduation should seriously consider trade school, particularly if they are not at the top of their class. A traditional four-year degree is not for everyone, and trade school offers a pretty compelling career path, especially when considering the factors associated with a college education outlined above. I’ll provide an overview of what a trade school education is, who it would be best for, and some of the advantages of trade school versus college.

What is a Trade School or Vocational School?

A trade school, also known as a technical or vocational school, is an educational institution that exists to teach skills related to a specific job. Trade schools are a more streamlined approach to education, with curricula focusing on developing a particular skillset and knowledge base for a career rather than receiving a general education. Trade schools typically take a lot less time to complete, have smaller class sizes, and the majority of the training is hands-on, which is an ideal environment for many types of learners. Vocational degrees can lead to well-paying jobs like electrician, mechanic, machinist, pharmacy technician, nuclear technician, and dental hygienist, with room for growth and managerial potential in each field.

For starters, salaries for trade school graduates aren’t that much of a drop-off compared to a four-year degree. According to the National Center for Educational Statistics, technical and trade school jobs have a median annual salary of $35,720, though this figure varies heavily based on the particular industry and the experience level of the worker. The BLS predicted earnings for bachelor’s degree holders to be roughly $46,900, amounting to an annual difference of $11,180. This stat, of course, doesn’t factor in long term earnings growth.

However, because trade school only takes an average of two years to complete versus four, that amounts to an additional two years of income for the trade school graduate, or $71,440. Factor in another $70,000 in costs for the many students who take an extra year to graduate from college, and trade school grads can be over $140,000 ahead at the get-go, making up for over 12 years of difference in income.

Of course, most students in both cases won’t fully finance their education. They’ll work and find other sources of income to help with the process, meaning the gap will be smaller in the average case. Research gathered in 2012 suggests that the average college student debt load is $29,900, and that number rises to $36,327 when factoring in interest. Conversely, the average debt load for students graduating from a two-year technical school is $10,000, roughly 70% less than the four-year graduate.

Yet another advantage of technical trade school is that most of the jobs you’ll get are extremely difficult to export to another country. More and more jobs are being outsourced to places where labor is cheaper, making domestic employment in certain sectors difficult to get. It is much easier to export, say, computer programming work or other information economy work than it is to export carpentry or electrical work, as that requires a physical presence.

Not only that, but there’s a growing domestic demand for high-precision skills. According to Forbes, skilled trade workers are a disproportionately older population, and will only continue to get older, creating increased opportunities for young workers to fill their shoes.

It should be noted that I’m not opposed to a four-year degree; instead, I’m simply making a strong case for an option that many people overlook when deciding what to do after high school. In lifetime earnings, a bachelor’s degree still pays off – don’t get me wrong. According to statistics, a person with a bachelor’s degree is projected to earn around $1.1 million, compared to the $393,000 projected earnings of an associate’s degree or trade school program graduate.

The advantages of a four-year degree are many: You’re going to earn much more later on in life and you also have the door wide open to continue your studies and earn substantially more with a masters degree or doctorate, however the cost/benefit equation to even higher education is changing every day.

Trade school graduates are very limited in opportunities to continue to bolster their education. That being said, a four-year degree is expensive, and not suited to everyone’s learning style and skill set. If you’re a hands-on learner, excited by the prospects of getting out of the classroom and starting to work immediately after high school, trade school is a relatively inexpensive alternative education that may work well for you. Take advantage of the search tool above to learn more about trade schools near you and what they offer.

I’ll leave you with an anecdote. My wife’s cousin graduated from high school at roughly the same time my wife graduated. Her cousin went to electrician’s school, while my wife went to four-year university. Her cousin started working three years before my wife and incurred much less student loan debt. Today, though he makes a little bit less money than she does, the difference isn’t very significant, plus he had hardly any debt to pay off after school.

This past May, my nephew graduated from high school. He is now attending electrician’s school as well. I think it’s the wisest move he could have made in his situation.

If you are graduating from high school soon, or have a loved one who is approaching graduation, I recommend seriously considering trade school as an alternative option. If you’re still unsure about your academic future or you’re looking for more information and options, check out our education series. 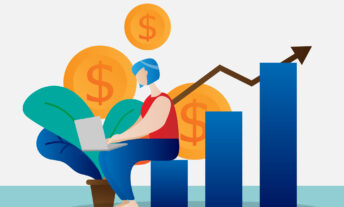 A Teen Guide to Investing in Stocks and ETFs 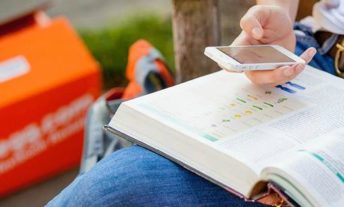 Best Apps to Save You Money in College