I wanted to begin this post by asking the “biggest” question about Bitcoin. But the truth is, there are dozens of enormous questions about the digital currency: Can I touch it? How safe is it? Where do you get it? How do I protect it? Should I buy some and use it, or keep some as an investment?

This just goes to show how confusing most information about Bitcoin is. The truth is, I’m very intrigued by Bitcoin from several angles:

I also own bitcoin that I bought through Coinbase, probably the most well-known exchange and wallet service in the U.S. My rationale for owning bitcoin as a personal investment is that 1) supply is known — i.e., a government cannot come in and devalue the amount of bitcoin I own; 2) demand is growing, and could grow exponentially; and 3) bitcoin seems like a good hedge against global economic turmoil, much like gold.

In order to understand more, and figure out if I’m on the right track, I turned to a friend of mine in Silicon Valley, Kilton Hopkins, to help me wrap my head around this topic and answer some of my basic questions about the cryptocurrency. You can follow Kilton on Twitter at @kiltonhopkins.

What You Need to Know About Bitcoin

In this guide, we’ll answer the following questions about Bitcoin and its future:

MG: Kilton, if you could explain Bitcoin to someone who has no idea what it is (like me!) how would you describe it?

KH: Bitcoin is a cryptocurrency. It’s a way of storing and exchanging value that relies on cryptography instead of a central trusted entity, like a central bank or government. Fiat currency is the term for U.S. dollars, euros, and other currencies that are backed by government entities.

[Ed. note: According to Investopedia, fiat currency means: “Currency that a government has declared to be legal tender, but is not backed by a physical commodity. The value of fiat money is derived from the relationship between supply and demand rather than the value of the material that the money is made of. Historically, most currencies were based on physical commodities such as gold or silver, but fiat money is based solely on faith. Fiat is the Latin word for ‘it shall be.'”]

What makes fiat currencies reliable is the trust we have in the central entities. We are pretty confident that the United States of America will be around for quite some time and will uphold the currency it has issued. Of course, this also gives the government power to print money and significantly devalue the currency, as has been happening around the world for the last few years. So, what if that concentrated trust and power fails?

With a crypto currency, there is no reliance on a central entity. There is no trust, either. In fact, bitcoin is based on distrust and de-centralization. All the records of what bitcoins have been issued and who owns them (not by name, but by unique numeric identifier) are public and “locked in place” by cryptographic algorithms. Changing the records or issuing more bitcoins is not possible without the participation of everyone. So supply and demand of the currency is very transparent — something you don’t necessarily experience with a fiat currency.

Everyone can participate in the cryptographic processing, and the interests of the individual align with the interests of the collective. That makes the value of bitcoin reliable. So, having said all that, it makes sense to say that bitcoin is a new type of currency that is operated, monitored, and controlled by the users of the currency themselves. It’s global and electronic by nature.

What Problems in the Financial System Can Bitcoin Solve?

MG: A lot of what you just said requires knowledge of how current fiat currencies work, and is tough to understand. To simplify it a bit more, what one or two big problems does Bitcoin solve in the financial system?

KH: One major problem that Bitcoin solves is transaction frictions. Several transaction barriers exist with traditional currencies that make those currencies unsuitable for modern applications. The barrier of currency subdivisions is a good one to start with. U.S. dollars are divided into hundredths called cents. Fractions of a cent are possible to account for, but all final transactions must be in whole cents in order to actually settle the transaction because no officially issued currency below one cent is available at this time.

MG: Why is that important? I’m not sure I follow.

KH: Most transactions do not need to use anything smaller than a cent, but new opportunities lie in the ability to exchange very small amounts regularly. Imagine paying for the use of an Internet connection for 30 minutes. To allow for a truly free market (in terms of pricing) the service fees should be able to be specified in any currency fraction needed. Bitcoin goes down to 0.00000001 BTC, which is called a “satoshi” (named after Satoshi Nakamoto, who invented Bitcoin), and therefore allows very small amounts to be exchanged naturally. You can actually give someone a single satoshi.

MG: Ahh, so I suppose you could do things like charge down to the second for an internet connection and just pay for what you use, instead of blocks and contracts. That would be cool!

How Can Bitcoin Help the Average Person?

MG: Your last point is an important one. Its why Mark Andreessen has said that if they had had Bitcoin technology back in the 90s, the entire Internet would have been built on top of it. They would have built it right into the browser. That’s how big it is.

Since consumers are affected by transaction fees, but never really explicitly see them, it can be difficult to understand their impact. Given this, what are some examples of how Bitcoin can clearly help the average person?

KH: One way that Bitcoin can help the average person is to serve as a form of electronic cash. The anonymity of bitcoin is commonly misrepresented. There are no names on any bitcoin accounts. The public records show every transaction that has ever happened, but the accounts listed are just anonymous codes. Most people get their account codes from a service, though, which ties their personal information to the account. This is all good stuff. But just like having USD cash in your physical wallet, you can now have electronic cash by using a Bitcoin wallet.

If you truly desire anonymity you can use an account that is not listed alongside your personal information. There are many things I personally prefer to buy with cash, just because I don’t care to have my information spread around the entire globe. Paying for a taxicab, for example. It would be really nice to pay for the cab with electronic cash so I don’t have to carry as much physical currency with me. Even with the proliferation of bitcoin, I’m still surprised that the dollar is not available in a natively electronic form that allows electronic cash transactions!

Bitcoin as an Investment

MG: What does the price of bitcoin mean? Is it worth holding some as a potential investment?

KH: It’s my personal opinion that the current USD price of 1 bitcoin accurately reflects the impact of its exchange influences… and that those influences are numerous, difficult to understand, and nearly impossible to track or model at this time. The price reflects some hedging away from fiat currencies, as you suggest. It reflects the expectation that bitcoin will be used for a massively higher volume of transactions in the future, also in your investment thesis. It also includes the self-reflective factors such as uncertainty in the current value, and speculation pressures. It is my strong belief that the exchange rates will stabilize over time with respect to the major fiat currencies.

Remember – the value of a bitcoin never changes. One bitcoin is always just one bitcoin. The exchange rate is what changes. Maybe it will help to shift your thinking out of USD and into BTC, to get a different perspective on the exchange fluctuations.

Is it worth holding some bitcoin? I’d say that the current (and ever-growing) transaction volume puts a pretty reliable floor on the exchange rate to other currencies. I don’t know where that floor is, of course, but it tells me that a complete erosion of value is highly unlikely.

KH: There is a lot to say about security and hacking differences between bitcoin and credit cards. A serious amount!One of the most important things to highlight is that credit cards operate on a principle of sharing account numbers and other information for merchants to charge a payment against the account.

Having spent years at a major financial institution focusing on electronic payments, my opinion is that this is like handing a merchant your wallet and asking them to take out the appropriate cash. With credit cards, they don’t even hand it back. They keep the account information stored so you can easily buy from them again. That’s a smart thing for them to do, but it creates a really big pile of wallets sitting inside their information systems. That’s a treasure chest worth hacking into.

With Bitcoin, the master account information (called your private key) should never be given to anyone. When paying a merchant, you issue a payment to their account. This is like taking cash out of your wallet and handing it to the merchant. There is no account information provided to them and therefore they can’t expose you to information theft risks.

The hacking issues with bitcoin have largely been around private keys being stolen. Storing your private key with an entity involves risks. Be cautious and do your research thoroughly before choosing a service provider to store your BItcoin private keys. Just like choosing a bank, you want to make sure they know how to protect your information. Alternatives to hosting a real bitcoin private key online are emerging, as well.

How Do I Buy, Use, and Store Bitcoin?

You can purchase bitcoin through an exchange, of which there are many. Here is a great resource that outlines the many exchanges throughout the world. Bitcoin exchanges have failed in the past, the most high profile being Mt. Gox in Japan, so it is important to find a trusted partner. Like I said, I use Coinbase right now to buy bitcoin and to store it through their online wallet feature.

I’ll take a deeper look at some of these products in another post, but here are a few of the most well known wallets in each category.

To wrap up, I will continue to work with bitcoin, and potentially use it as an investment. Your guess is as good as mine as to how this will all unfold. Here are some key points to understand about bitcoin going forward: 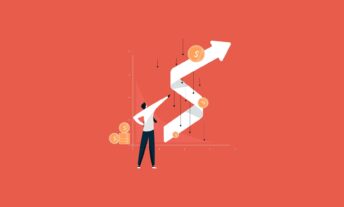 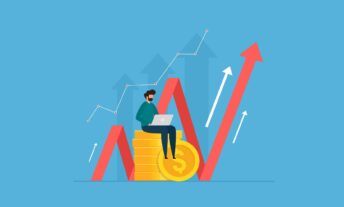