Zillow Zestimate vs. Reality: How Much Is My House Worth?

Almost everyone these days begins their search for a new home inside their old home. That is, if you’re looking to buy (or sell) a house, you’re very likely lying on the couch with your phone or a laptop, looking at some online real estate websites like Zillow, Redfin or Trulia – or entering your home’s information on the sites.

And while you’re poring over pictures of homes and examining numbers such as how many bedrooms or square feet a home has, the one number you’ll pay the most attention to is the price. That makes sense. If you’re selling your home, you obviously want to have an idea of what your home might fetch on the market before you list it or get too far along in your own home search – after all, why fall in love with a house that’s way out of your price range?

Zillow, for instance, has said that its Zestimate tool has a median error rate of 8%. Of course, that sounds pretty good – a 92% success rate? But when homes cost hundreds of thousands of dollars, 8% matters: No one wants to overpay by $24,000 — or 8% on a $300,000 home. Plus, this is the median we’re talking about. In some parts of the country, the error rate will be even less and in others, quite a bit higher.

So when you use those home estimation evaluation calculators, remember three things:

1. These home value calculators rely on a formula.

The formulas are generally based on a set of factors, such as square footage and prior sales of other homes in the neighborhood. That said, homes are generally imperfect, as you know if you live in a home that’s been beat up over the years by you, your kids, and your pets.

“There is no human interaction involved in coming up with these estimates. They’re based solely on an algorithm, with no one to determine the validity of them,” says Bill Golden, an Atlanta-based independent real estate agent with RE/Max Metro Atlanta Countryside.

Golden is also unimpressed with the numbers used in the algorithm. “The sites use a formula based on location and square footage, as reported by tax rolls, which are notoriously incorrect,” he says.

2. Online estimates miss the details of a home.

As noted, these tools can’t tell if your house is extremely lived in. They don’t know if a house or condo is covered in 1950s wallpaper, or if it was once a meth lab, or has 80-year-old wiring.

On the flip side, if you’ve recently renovated your kitchen and bathroom or added a $25,000 deck in your backyard, all of those improvement would bump up your home’s value — but the online estimators have no idea.

“The price that’s listed does not include upgrades, amenities, the current condition, or neighborhood irregularities. All of these are items that will reflect what buyers are willing to pay,” says Chantay Bridges, a real estate agent in Los Angeles.

And even if a house has three or four bedrooms, you don’t know if all of them are comfortable bedrooms that you’d want to sleep in — or if they more closely resemble a closet.

3. These calculators are a guideline, and that’s all.

This is common sense, and easy to tell yourself, but not always easy to remember if you’re getting dollar signs in your eyes believing your net worth is climbing or your home will sell for much more than you initially thought.

“Use the internet to do homework and help you learn about types of properties in which you may be interested and areas that intrigue you, but don’t get married to the values presented or even to specific listings,” Golden advises.

So… How Much Is My House Worth?

What should you do, then, if you’re selling your house and aren’t sure of its value? Golden naturally puts in a good word for his profession: He recommends you consult a real estate agent familiar with the area who can tell you the actual value of your home. But he also says you could bring in an appraiser.

Bridges is even more harsh in her assessment of online calculators that tell you what your home is worth. “The estimates… give consumers false hope… It’s a fantasy without any real substance,” she says.

She advises thinking of such home value estimates the way you would if you were looking for a potential Mr. or Ms. Right.

“You’re taking your chances just as if you were engaging in online dating,” Bridges says. “Just because the profile makes them look like a good catch, doesn’t necessarily mean they are.” 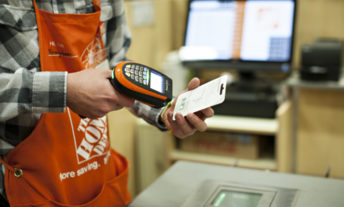 Seven Ways to Save Money As a Landlord 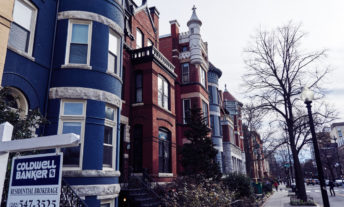 How Much Does it Cost to Sell a House?