“Today Show” financial editor Jean Chatzky tweeted on Wednesday what appeared to be a simple bit of retirement planning advice. “By the time you’re 30, aim to have 1x your annual income set aside for retirement,” she tweeted. “At 40, 3x; at 50, 6x; at 60, 8x; and by retirement, 10x.”

However, Twitter clawed back with snark, sarcasm, and outright disbelief.

“Are you aware how irrelevant this advice is for actual 30-year-olds up to their ears in student debt?” tweeted Jillian C. York.

“To be fair, at 30 I’ve saved my annual salary from when I was 20 so that’s great,” joked Todd Gregory — who added that, at 20, he was a sophomore in college working part-time and racking up student loan debt.

Chatzky later acknowledged that those savings benchmarks – which were actually developed and recommended by retirement giant Fidelity – might seem high, or even unattainable, to most Americans, but that the whole point was to aim for them.

“Seeing your many reactions to the benchmarks,” she tweeted. “I get it. They’re outrageous in an era when many can’t save at all. The point is to aim. And to start saving something — whatever you can — as soon as you can.”

So, are those benchmarks unreasonable? Let’s take a look.

The trouble, of course, is that 10% can be really, really tough to come by in your 20s. Student loan payments might be siphoning hundreds of dollars a month from your bank account, and the cost of housing — particularly in big, booming cities, where you may need to locate yourself to take advantage of job opportunities in your fledgling career — commands an ever more unhealthy share of people’s incomes.

Just about — they’d be up to $145,417. Still, that’s someone who’s done literally everything right and dodged many misfortunes. They’ve worked 18 straight years without ever getting laid off or laid up with a disability, and they’re still a few thousand short of Chatzky’s Age 40 benchmark.

And what about someone who spent their 20s struggling to get their career off the ground, or paying down student loans — or simply having too much fun to think about the future?

The Catch 22 is this: Your 20s and 30s are perhaps the most important, powerful years for your retirement savings strategy. Every dollar you save then has decades longer to grow and create more long-term wealth for you. But it’s also the time in our lives when retirement seems the most abstract, a far-off impossibility, and often when we can least afford to put money aside.

Still, don’t freak out if your savings are nowhere near those numbers. Fidelity developed these benchmarks as a very basic rule of thumb — that won’t apply to everyone — making these assumptions: “You start saving a total of 15% of your income every year starting at age 25, invest more than 50% of your savings in stocks on average over your lifetime, retire at age 67, and plan to maintain your preretirement lifestyle.”

The benchmarks are to be considered “milestones along the way,” said Adheesh Sharma, director of financial solutions for Fidelity Strategic Advisers. “And don’t worry if you are not always on track. The later milestones are the most important, and there are things you can do along the way to catch up. Of course, the earlier you take action the better.”

The later milestones may be more important, but they’re also even harder to hit. People tend to earn more in their 40s and 50s, as they climb the career ladder, so having saved six times your salary at age 50 is more than many of us may ever imagine.

Responding to a Twitter user who was pushing 50 and saw no possibility of hitting the milestone, Chatzky offered equal parts solace and motivation: “I know. But at 50, you’ve still got 15ish good working years to save. If you’re way off consider big changes – not latte, but lifestyle.”

I know. But at 50, you’ve still got 15ish good working years to save. If you’re way off consider big changes – not latte, but lifestyle https://t.co/M3ukU4dpnw

By age 50, she’s saying, simply cutting back on your morning coffee shop run may not cut it anymore, and more drastic lifestyle changes might be in order — like downsizing your home, getting rid of a car, and cutting cable, among other big behavioral shifts.

Pour Some Ketchup on Your Retirement Savings

If you don’t feel like you’re on track with your retirement savings goals, here are some ways to play catch up:

Max your match: Make sure you’re getting every cent of any employer match available to you. This is free money your company is offering, and it can help you bump up your savings rate — from, say, 6% to 9% — almost painlessly. And yet, 30% of workers under 30 continue to leave at least some of this money on the table, missing out on billions of dollars each year.

Automate your retirement savings: Don’t just save “what’s leftover” at the end of the month, because most of us will find a way to spend money sitting in our bank accounts. Pay yourself first — your retired self, that is — by deciding what you should be contributing to retirement and having it automatically deducted from your paycheck or bank account before you even see the money.

Learn to live on less: Saving more of your salary is an obvious way to accelerate your retirement savings, and both IRAs and 401(k) plans allow you to contribute more after age 50. But it carries another benefit: Learning to live on less of your income can lower the savings benchmark you need to hit, as it prepares you to live a leaner life in retirement. If you can save 30% of your income in your 50s and 60s and still get by, then you’ll only need to replace 70% of your salary in retirement to maintain the same lifestyle you’re accustomed to.

The fact of the matter is, it’s simply impossible to distill useful retirement advice into 140 characters on Twitter. Everyone has different expectations for retirement, different savings capabilities, and different career paths, family obligations, and priorities along the way. And many retirees simply do what humans do best: adapt to new conditions and make it work, regardless of how much they’ve saved.

Yet it’s clear that too many Americans are under-prepared for retirement, and your nest egg isn’t going to build itself. So start with what you can, as soon as you can, and work up from there.

So what do you think: Are Jean Chatzky’s benchmarks attainable? No matter what your retirement savings goal is, do you think it’s helpful to have milestones to aim for along the way? 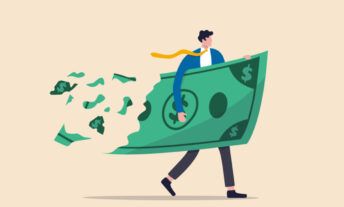 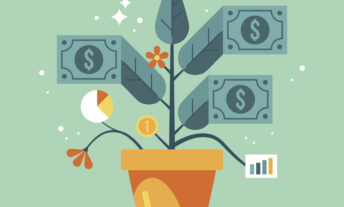