How Much Do You Really Need to Save to Retire Early?

If there’s one financial question that really hangs over my head these days, it’s probably this one. How much money do I need to have in investments in order to feel secure retiring early?

It turns out that this question really isn’t all that easy – in fact, the more I consider it, the more complicated the question gets. So let’s wander down the rabbit hole a little bit and see if we can come to some kind of realistic answer.

Many people who are realistically considering retiring early are in positions where their jobs subsidize their health insurance costs, so they don’t typically see it as an ongoing cost. However, if you retire early, you’re going to have to come up with your own health insurance, which means navigating the ins and outs of the Affordable Care Act as well as footing the cost yourself without employer help.

Like it or not, that’s going to bump up your costs and by a fairly unpredictable amount. You can use any number of estimators to figure out your insurance costs, but it is worth noting that those are only estimates and your actual costs are likely to change.

For us, part of the equation is that Sarah’s job provides health insurance for our family, as her options are better than mine (and were better than mine back when I had an office job, so nothing really changed when I became a writer). If she were to retire early, either I would have to get a job that provided health insurance or we would have to start using an exchange.

Thankfully, Sarah is very happy with her current career; she’s happy about the work that she does and I would be surprised if she retired extremely early even if it were easily possible. She may retire a little early, but it’s more likely that there will be a period where I “retire” and take on some other challenges (which I’ll talk about in a bit) while she continues in her current career.

However, there’s a catch. If you’re planning on retiring early, you’re going to need more than 30 years, likely much more. A 4% withdrawal rate isn’t going to cut it.

The question really becomes this: What is a safe withdrawal rate so that your money essentially lasts forever? Most advice I’ve seen seems to indicate somewhere between 2% and 3%. If you’re being safe, then you look at a 2% withdrawal rate.

Let’s say we wanted to withdraw $40,000 a year at a 2% withdrawal rate. That would require us to have $2 million in investments. That also assumes that we’re paying for health insurance out of that $40,000 per year.

Early retirement looks pretty tough, doesn’t it? You can overcome these first two challenges, but the road isn’t an easy one.

For many people thinking about early retirement, Social Security looks like a beacon of hope. Starting at some point in your sixties, Social Security will kick in, providing you with a supplemental income that will reduce your withdrawal rate.

Let’s say that under current benefits, your Social Security will kick in at age 67 and pay you $2,000 a month. If your withdrawal rate is $40,000 a year, once those benefits kick in, you can cut that withdrawal rate back to $16,000 per year and still have the same amount of money in your checking account. This obviously would enable you to have a smaller amount of money in hand when you retire.

The problem is this: As it’s currently set up, Social Security will eventually be unable to pay out full benefits, according to its own projections. In fact, if they continue paying out the full promised benefits without some sort of increase in the amount of money they take in, they’re likely going to no longer be able to pay out benefits at all starting in about 2038, which is before I would even be able to draw a dime of it.

In other words, for me to fully bank on those Social Security benefits, I have to believe that politicians will increase the amount of money going into Social Security, which can only happen with a tax increase that will probably require bipartisan support to pass. Color me cautious, but that’s not exactly something I expect to happen anytime soon in Washington.

That same report indicates that they will be able to pay out about 75% of benefits over the long term, but that again changes the equation.

Simply put, full Social Security benefits are not something that I feel secure relying on with my retirement planning going forward. I do think it will help, but it is so insecure that I have a hard time betting my financial future on it at this point.

One final challenge that’s well worth discussing is self-motivation. For anyone to even consider early retirement, they’re going to have to be strongly self-motivated and goal oriented. There’s really no other way to achieve early retirement unless you inherit the needed wealth.

The day I walk away from full-time employment will be much like reaching the summit of a mountain. I will have been climbing that mountain for years and years and years… and suddenly, here I am, at the top.

What do I do at that point?

Like pretty much anyone who would achieve or even make a serious attempt at a goal like financial independence, I’m not really wired to just sit back on my laurels and do nothing. Even my leisure activities tend to involve exercising my mind or body in some fashion.

Right now, it’s easy to have a lot of big plans and dreams and goals. I can name lots of things I would like to do during that time.

However, right now, my life is very structured in a way. My hours are full to the brim with things to do and things that need doing.

When that early retirement point comes, not only will I lose the sense of need when it comes to earning an income, my role as a parent will be changing as my children leave the nest.

What will I do with my time? How will I continue to be self-motivated without the tight time constraints and the overarching goals of raising children and continuing to move toward financial independence?

When I think of things in that light, it leaves me asking myself deep questions about whether I want this goal at all. Perhaps what I really seek is just the security to take major career risks and try new things.

Right now, there are still plenty of positives about the big goal of early retirement, but there are enough questions to leave me debating whether or not it is the right goal for me.

The thing is, if I choose to take those kinds of career risks, I’m deliberately setting back that goal of early retirement. Unless I’m lucky enough to have immediate and strong success as soon as I shift gears – which, honestly, is never a sure or even a likely thing – it would set back my dreams of financial independence. It would alter my savings goals in an unclear way.

Am I motivated enough to stick to this one monolithic goal? Or will other personal goals sway me? Am I afraid on some level of reaching that summit? Do I operate better – and more joyfully – if there is always a mountain to climb in front of me?

I’m not sure, but it’s certainly possible, and the more I recognize that possibility, the greater this challenge becomes in assessing how much I really need to be saving.

The truth is, when I combine all of these things together – health uncertainty, safe withdrawal rate uncertainty, Social Security uncertainty, and personal motivation and goal uncertainty – the exact “number” I need to retire early becomes very, very unclear.

In fact, more than anything, this exercise has taught me one thing: I have no business retiring without some sort of plan in mind with regards to how to fill my time. It’s likely that whatever I choose to do will probably earn something, even if it is a small amount. I’m just not wired to do it any other way.

So, for me, the goal of early retirement (or financial independence or whatever you call it) is really just a fancy way to describe ultimate professional freedom. I could try anything and see if I’m successful at it or if it’s something that brings me joy without the slightest worry about a steady paycheck in the present, but with the understanding that there will probably be some form of income at some point in the future.

In my eyes, if you’re self-motivated enough to actually chase early retirement, that’s the kind of retirement that sounds pretty interesting anyway.

What kind of dollar amount do you put on that? When it comes right down to it, I don’t think the Trinity study is all that far off base, except instead of living off of that income, it merely becomes a supplement during the years when things are lean. Sure, there are some additional uncertainties and challenges beyond that 4% withdrawal rate, but there are also boundless opportunities when you’re no longer worried at all about paychecks. I think, for at least a long while, they balance out.

In other words, if you’re a really self-motivated person – and you just about have to be in order to follow this path – figure out how much money you’ll need per year, multiply that by 25, and there’s your early retirement “number.” It won’t cover everything, but it would be shocking if a self-motivated person went through the rest of their life not earning a dime. 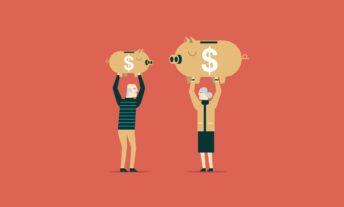 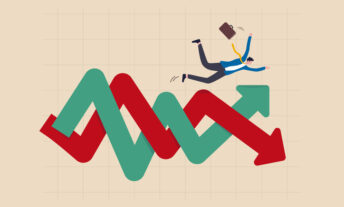