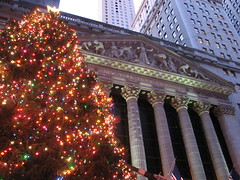 A few days ago, I had the opportunity to sit down with a fellow in his early sixties who has already retired. He had been self-employed his entire life. I told him about The Simple Dollar and I asked him, if he didn’t mind, if he would tell me about how he had invested for retirement.

What he told me boiled down to four principles.

I spend way less than I earn. By this, he meant he had enough saved up at age fifty to walk away from his work, but he kept at it for several more years so that he could build up even more savings. He wanted the investments to return substantially more each year than he would spend.

I keep a years’ worth of living expenses in cash and CDs. This isn’t just an emergency fund, but it helps him do okay through the ups and downs of his other investments. If they don’t return as well as he’d like for a quarter or two, things aren’t disastrous – he still has a lot of breathing room.

I roll the excess back into my investments. Whenever he starts to build up way more than a year’s worth of savings, he rolls it into more investments. He keeps pretty careful track of his spending and thus has a strong estimate of the year to come. If the amount in cash and CDs gets over fifteen months worth of living expenses or so, he cuts it down to twelve months worth and puts that difference into his investments. And what are they?

All of the rest of my money is in stocks which pay a good dividend. All he does is buy stocks in companies he believes in over the long haul that pays good dividends. He rattled off quite a number of income stocks, but the four I remembered were GE, AT&T, Verizon, and Bank of America.

Obviously, the board of directors of a company can choose to raise or lower a company’s dividends – here’s a recent history of AT&T dividends. That’s why our friend chooses to buy only stable companies that have a long history of paying good dividends.

What about the stock price? Aren’t stocks tanking? For the most part, our friend doesn’t care about the stock price. All he cares about is the dividend – as long as it stays reasonable, it doesn’t matter to him how much or how little the stock can sell for. He intends to hold it for a very, very long time.

In fact, he’s actually ecstatic about the low prices on many income stocks. He’s about to buy more of his dividend-earning stocks and given the low market, he can get more shares for his dollar right now.

Is this a good investing strategy for me? Provided that you’re willing to have a diverse selection of dividend-paying stocks (more than 10 with no more than 20% of your money in any individual company or any sector) and you’re willing to pay attention to it so you don’t end up holding a company as it falls down the Enron drain, this strategy can work. It’s often discussed in investing books as “dividend investing” and can work very well for you, not only as a retirement plan, but as a way to build steady income.

Do you want to know more? My friend strongly recommended that I read The Ultimate Dividend Playbook, a book produced by

Morningstar that covers dividend investing in detail. I can certainly say I’m intrigued, and I’ve added the book to my to-be-read pile.