How to Read a Stock Chart in Just Five Seconds

Whenever I tune into CNBC, I’m usually blown away with the raw amount of data thrown at me. For the average person, there’s no way to separate what’s useful from what isn’t, so people often rely on the pundits to tell them. I’d prefer not to do that – I know from my experiences in following politics obsessively that pundits rarely are telling the whole truth and are often not all that well informed. So I’ve taken to trying to understand the basics of this data myself, and I’ve figured out one big truth: most of what you actually need to know, you can figure out pretty quickly.

Let me show you what I mean. Quite often on those television shows and stock analysis magazines and websites, you’ll see complex graphs showing the ups and downs of a particular stock price or stock index. You’ll see something that looks sort of like this:

What’s pictured above is a screen capture from Yahoo! Finance’s chart of Google’s stock price over its history. It’s a nice little picture that shows it going steadily up until about the start of 2008, then dropping a little.

Stock pundits love these kinds of graphs. Not only do they look pretty cool, there’s a lot of data compressed in there. Even more important, many stock pundits believe that you can use this history to predict where the stock is going to go.

That predictive process is known as technical analysis, and people have debated for years over whether it actually works. Technical analysis basically says that you can look at patterns in the past behavior of a stock – combined with basic tenets of human behavior – and predict where the stock is going.

Here’s an example on the Google stock graph from above:

Line A represents a line of resistance, Google’s first one. It had a hard time bursting through that line from the IPO in August 2004 to roughly April 2005, when Google kept pumping out unbelievable growth numbers. At that point, it broke through that resistance line and hit another resistance line (line B) until roughly November 2005, at which continued amazing numbers caused that line to give way. Interestingly, after that crossing, line B became the “level of support” for Google and still holds until today. The new level of resistance seems to be line C – around 725.

Seems simple and reasonable, right? And you can obviously see how people could make money from this. If you can identify a level of resistance, just put in a long-standing order to buy that company’s stock if it crosses that level, because you’re likely buying it at a new level of resistance, meaning you’re going to profit. If the price was floating around A, for example, as it was in early 2005, if you had put in a buy order to buy at about 210, you would have made money when it crossed that level of resistance. Similarly, if you put in a buy order for when it crosses line B at about 330, you would have again made money.

It makes sense if you look at a clear-cut example like that, but let’s throw in a line D to show why this isn’t all cut and dried:

That D line (with a Google stock value of about 570 or so) makes sense as a level of resistance up through October 2007, at which it bursts through. If you had set up a buy order – telling your broker to buy Google if it crosses 570 – you would have been very happy up until about February, when Google peaked at somewhere over 700.

But then everything goes to disaster. It quickly drops back below that supposed level of resistance, stays roughly there for a while, then begins to drop even more in July, finishing this chart just below 400.

So, why did that happen? Obviously, the late drop was due to the ongoing economic crisis of 2008, but that itself shows a problem with technical analysis: major events often cause such analysis to go haywire.

Also, past performance is never a guarantee of future results. Just because a person is able to identify some sort of pattern in the historical data doesn’t mean any of it’s going to hold tomorrow.

Take, for example, the recent debacle with Apple. A false rumor about Steve Jobs having a heart attack caused the stock price to drop to a 17 month low (a 5.4% drop) very suddenly. Imagine, if you will, if Jobs actually had passed away. It’s an event that no technical analysis could predict – it only deals well with long-term patterns in very stable companies.

In short, technical analysis is a great thing for a stock pundit to show off, but in many ways it’s a lot like reading tea leaves. You can see patterns in there, but identifying the meaning of those patterns and what they portend to the future is much more of an art than a science.

So, how can I read a stock chart in five seconds? 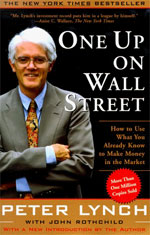 Now that it’s pretty clear why pundits like those stock charts, what can you get out of such charts in the five seconds they’re up on the screen on CNBC? This is, of course, assuming you’re following the basic idea of only owning stocks in companies you know and believe in and have a specific reason for owning that has nothing to do with the stock price – which is a very good way to invest. It’s the way Peter Lynch suggests in his excellent book One Up on Wall Street, for starters, and is also described in many other stock investing books.

First, look at the general trend over the last six months or so. This is usually a clue as to the general health of the company – no major news, just little signs of good health or poor health. If it’s a stock you own or might be interested in, you may want to take note of a steady rise or a steady fall and find out why it’s happening.

Second, look for recent spikes. A big spike upwards or downwards means something significant has happened to the company. These are usually game changers and are definitely worth noting.

Third, see if they throw up charts for similar companies. See if the general pattern of the stock in question matches the general patterns of the competitors. If they do, then it’s probably a broad market effect or a sector effect and not quite as worrisome as something drastically different than a competitor, which you should look into.

What these three things point you towards are signs that something has changed in the company – something that might violate the reasons you own the stock. As I’ve said many times, you should only own an individual stock if you have a specific reason for doing so. You trust the CEO. They deliver a stellar product. Their product has some sort of inherent advantage over the competition. Each of those changes, which you can quickly pull out of a chart, is simply a sign that you need to investigate the stock you hold in more detail to make sure the reason you have for owning the stock is still intact.

Unless you’re investing professionally or doing it as a serious and focused hobby, there’s not much else you can really get out of a glance at a graph, so don’t let yourself get overloaded with data. Just look for the important events, the ones that would change your opinion of the company or how it does business. Leave the rest to the people who do this eighty hours a week.

Or, better yet, do what I do: follow individual stocks for fun and learning and keep your real investments in index funds. That’s the route suggested by an army of experts, including Warren Buffett, and it’s the route I’m following.