What Are Stocks? What Are Bonds?

Can you explain what the difference between stocks and bonds are? Tried to read up on this on Wikipedia and other sites but it’s not clicking.

I’ve explained what a stock is in the past, but it never hurts to dig into a core idea like this again, so let’s start from the beginning.

How does that have value? There are a couple of reasons.

First of all, a share of a company entitles you to a tiny sliver of the company’s profits. When a large company makes a profit, the board of directors has to decide what to do with it. Should they reinvest it in the company? They do that sometimes. Much of the time, however, they choose to give that money to the shareholders in the form of a dividend.

A dividend is simply a small payment to the owner of each share of stock of the company. Usually, a dividend is a small amount – say, $0.25. If you own a share of Coca-Cola and the board of directors issues a dividend of $0.25, you’ll receive $0.25. This usually pops up in your brokerage account and is often just quietly reinvested in more shares.

In rare cases, companies may buy back their stocks, actually paying the shareholders for each share.

Because shares of stock confer dividends and (sometimes) voting rights and the possibility of being bought back, they have value, which is why it costs money to buy a share and why others will pay you for the shares you have. Companies will often issue new shares in order to raise money for the company (often for some big new initiative). It’s a way for a company to raise money without going into debt.

So, let’s say for example that a company wants to raise $1 million for a project. They might issue 1,000 bonds, each with a face value of $1,000. These bonds state that the $1,000 will be repaid in ten years and that every six months, the company will pay the person holding the bond $20.

So, if a company isn’t very stable and issues a bond, it might have a high interest rate with it, meaning the person buying the bond will earn a nice return, but if the company were to grow more stable and the bond rating goes up, that bond will probably sell for more than the face value because now it’s suddenly a safer investment with a higher interest rate.

Stocks Are Riskier Than Bonds

Stocks tend to be a riskier investment than bonds for a number of reasons.

One, bonds carry a fixed rate of interest and thus are backed by a promise of future funds from whoever issued the bond. Stocks can have a dividend, but there’s no guarantee – the board of directors could just stop issuing dividends.

Two, bonds will eventually pay out their face value to the holder. Stocks could be bought back, but it’s unlikely. Usually, the only way to get money out of a stock is to sell it to someone else, and that might be at a loss.

Three, bonds are graded, as noted earlier, and that enables people to buy bonds that are quite safe if they so choose. It’s usually much clearer how much risk you’re taking on when you buy a bond. A highly rated bond is pretty safe.

However, Stocks Usually Have a Better Long Term Return Than Bonds

The reason for this is pretty simple. Although bonds are more stable and reliable, it’s also much easier to figure out what they’re worth. The interest payments that they provide and the money you’re paid when the bond matures are baked right in and can’t be changed. The only question is whether the organization itself remains stable enough to keep paying out, which is a pretty minor question for most highly rated bonds. (Junk bonds – those issued by pretty unstable companies and governments – are another story, but they’re typically not included in coverage of the overall bond market, just like penny stocks – stocks issued by pretty unstable companies – aren’t included in coverage of the overall stock market.)

Stocks, on the other hand, have a much more variable worth. Since they are almost never “bought back” by the company, they’re never going to turn into cash. Rather, their value is mostly determined by the long term likelihood of dividends. If a company’s future looks strong, then it looks like they have a long run ahead of paying out dividends, so the stock value will jump sharply. This is why most companies want to issue earnings reports that show increases in earnings as it will keep the stock climbing rapidly in value, and since most of the board of directors are shareholders themselves, that’s a lot of money for them.

Basically, if a company is well run and in an industry that looks to continue to thrive, the value of the shares of that company will almost definitely strongly outpace the bond market. The trick, of course, is finding those well-run companies, and since that’s often hard to do for individual investors, they usually invest in mutual funds or index funds, where either a professional investing team is finding those companies or you simply invest in a slice of all companies at once (because, historically, the stock market average has done better than the bond market average over the long haul).

Bonds are small pieces of a loan taken out by a company or other organization. It guarantees you regular interest payments and then, eventually, a full repayment of the bond’s face value at specific dates. You know what you’re getting, and the only concern at all is the stability of the entity issuing the bond.

Since the payout structure of bonds is so much clearer, it’s easier to identify exactly how much they’re worth. With stocks, you’re banking on a company being well run and a board of directors wanting to give all shareholders a piece of the profits, but the potential payoffs there are enormous if the company is really strong. Thus, stocks offer much higher risk than bonds, but the potential for much higher rewards.

Over the short run, it’s better to invest in bonds because of their stability. Stocks can drop rapidly in value during an economic downturn, whereas bonds will just keep paying out. Over the long run, stocks have significantly outperformed bonds throughout their history. 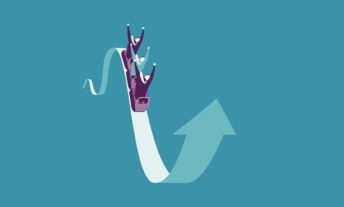