Average Stock Market Return: Where Does 7% Come From?

Whenever I talk about investing in stocks, I usually suggest that you can earn a 7% annual return on average. That percentage is based on a few assumptions.

I’m assuming that you’re investing for longer than ten years. That’s because in a given year, the stock market is very volatile. Some years see an enormous dip in the stock market, like 2008, when many investments saw a 40% loss. Other years see gains much larger than 7%. It’s only over a longer period that you begin to approach that steady 7% average.

Choose the best broker and learn how to trade. It’s quick and easy.

I’m assuming that you’re investing in something that’s very broad-based, like the Vanguard Total Stock Market Index. That 7% return doesn’t apply if you’re just invested in the stocks of one company or just a few companies. Those investments are simply far too volatile.

But where does that 7% number come from?

My primary source for that number comes from Warren Buffett, who claims point-blank that you should expect a 6-7% annual return in the stock market over the long term. In that article, Buffett describes the analysis that led him to that kind of conclusion:

“The economy, as measured by gross domestic product, can be expected to grow at an annual rate of about 3 percent over the long term, and inflation of 2 percent would push nominal GDP growth to 5 percent, Buffett said. Stocks will probably rise at about that rate and dividend payments will boost total returns to 6 percent to 7 percent, he said.”

Didn’t the stock market do far better than that in the past?

“The Standard & Poor’s 500 Index, a benchmark for U.S. stocks, surged 18 percent a year on average from 1982 to 1999. The bull market tainted investor expectations, Buffett said. Polls in the late 1990s showed some investors expected stocks to gain 14 percent to 15 percent a year, he said.

“‘Thinking that in a low-inflation environment is dreaming,’ he said.”

Beyond that, the long-term data for the stock market points to that 7% number as well. For the period 1950 to 2009, if you adjust the S&P 500 for inflation and account for dividends, the average annual return comes out to exactly 7.0%. Check the data for yourself.

Based on these two things – the raw historical data and the analysis of Warren Buffett – I’m willing to use 7% as an estimate of long-term stock market returns.

Still, there’s one big problem. Past performance is no indication of future results. That simple statement is true of any investment. It’s true of almost anything in life.

Still, if you’re looking to the future and your retirement, although it may be years away, an investment in the stock market can be worthwhile.

At Robinhood, an online broker for stock trading, you can make unlimited trades in stocks, EFTs, and options without paying commissions or fees. You can also buy and sell cryptocurrencies. Learn as you grow and manage your portfolio, and invest in thousands of stocks for as little as $1. You can be as hands-on as you want with a streamlined interface.

Robinhood is considered one of the best online stock trading brokers and its mostly used for individual stock trading, margin accounts, cryptocurrencies and mobile users.

We can’t anticipate what the future holds. Some people project the latter part of this decade holding an American economic renaissance thanks to our burgeoning energy independence and our long period of low interest loans funding rapid business growth. Others see economic doom in our future.

When things start to settle and companies open their doors and begin to ramp up production and unemployment drops, LongForecast.com predicts much better stock performance, especially after the 2020 election. They also have NASDAQ and the S&P rising at about the same time. 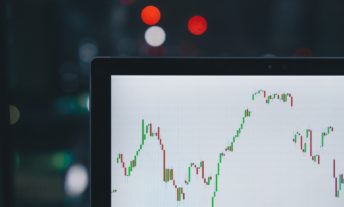 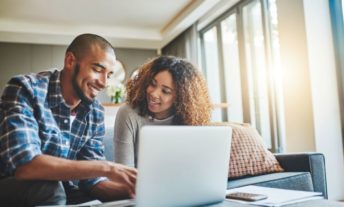 How to Invest in Stocks

Kathryn Pomroy is a journalist and freelance writer. She has written for dozens of major publications, small businesses and many well-known companies. As a writer, she turns the details of an assignment into something that is compelling, digestible and useful. Kathryn holds a BA in Journalism and drinks black, super bold coffee while eating peanut butter and honey toast. Yum.