What Is a ‘Backdoor’ Roth IRA? How Can It Benefit Me?

A little while ago on The Simple Dollar, Saundra Latham wrote a nice summary of how a backdoor Roth IRA works. Since then, I’ve seen a number of follow-up questions regarding backdoor Roth IRAs, so I thought I’d write a complementary article explaining some of the things that people were asking questions about.

Mostly, these questions centered around why a person would want to do this. Hopefully, between these two articles, any basic questions you have about a backdoor Roth IRA can be answered; if you have plan specific questions, you should talk to your investment firm or to your 401(k) plan administrator at work.

Let’s start off with explaining a few key terms, just so no one’s lost right off the bat.

A Roth IRA is a special type of investment account that virtually anyone earning an income in the United States can set up. They’re offered by most investment firms and many banks.

You put money into a Roth IRA directly from your checking or savings account, just like writing a check or doing a bank transfer. When the money is in that account, you decide how it is to be invested, as most Roth IRAs give you a wide variety of investment options. Most of the time, the money in a Roth IRA is put into an investment that will have nice long-term returns, like stocks. Any returns earned on your money while in a Roth IRA stays in that account until you choose to withdraw it.

Roth IRAs have two really nice features. One, you can withdraw your contributions at any time. If you put $1,000 in there and then decide you want that $1,000 back three years from now, you can take it out with no problems at all. However, you can’t touch the gains without paying taxes and an additional penalty, unless you take advantage of the second benefit, which is that if you’ve had the account for five years and you’re 59 1/2 years old or older, you can withdraw the gains tax free.

So, if you put in a bunch of money in your 20s or 30s and just let it sit there until you’re 65, it’s likely tripled or quadrupled in value and you can withdraw all of it without paying taxes on it. Talk about an efficient way to supplement Social Security!

That’s why a lot of people want to contribute to a Roth IRA – it’s a really great way to save for retirement.

Second – and this is the important one – there’s a maximum income limit for contributing to a Roth IRA. As of tax year 2018, if you’re single, you can only contribute fully to a Roth IRA each year if your income is $120,000 or less (this is found on your income tax as your MAGI, or “modified adjusted gross income,” if you want to figure out the exact number this is judged by). If you’re married filing jointly, your combined income must be $189,000 or less. If you’re married filing separately, it’s even trickier – you can generally only contribute the full amount under special circumstances. There’s a bit of a leeway above those dollar amounts where you can contribute a reduced amount, but even that loophole closes with incomes above $135,000 if you’re single or $199,000 if you’re married and filing jointly.

So, if you’re a person below those income levels – and about 90% of Americans are below that level – you don’t need to worry about a “backdoor” Roth IRA at all. You can just contribute normally without worrying about it. The “backdoor Roth IRA” only matters to people earning above the income cap for a Roth IRA – about 10% of Americans. If you’re not in that 10% group, don’t worry about it at all! You can stop right here and move on to something else, unless you’re just feeding your curiosity.

So, what can the remaining 10% of people do? They have the option of contributing to a traditional IRA or to their workplace retirement plans.

A traditional IRA is a lot like a Roth IRA except that there are no income limits – anyone can open one. You have to pay income taxes on the money you take out in retirement. However, if your workplace doesn’t offer a retirement plan, then the first $5,500 you contribute to a traditional IRA is tax deductible (with a few loopholes, as there always are with these things). You can make non-deductible contributions to a traditional IRA, too, meaning you pay taxes on your contributions now, but taking advantage of that requires a lot of bookkeeping.

The problem comes when someone is still earning a lot in retirement and wants to take money out of their traditional IRA. They’re going to pay a lot in taxes. Those are the people that a “backdoor Roth IRA” is going to help.

A “backdoor Roth IRA” simply means that you’re moving the money in an existing traditional IRA (or an eligible workplace retirement plan) into a Roth IRA. The catch, however, is that you have to pay income taxes on the amount that you’re converting.

Again, a “backdoor Roth IRA” is really only a good idea if (a) you’re in the top 10% of income earners in America and (b) you’re going to be earning a similarly high income when you eventually “retire” or reach age 70. If either one of those isn’t true, then a “backdoor Roth IRA” isn’t for you and you don’t need to worry about it.

One final note: you’ll occasionally hear talk of a “mega backdoor Roth IRA.” This is a similar tactic that’s perfect for people who want to save enormous amounts of money in a Roth IRA, far above the $5,500 a year limit. However, it requires you to have a 401(k) plan at work that allows you to make non-Roth after-tax contributions – meaning that you can take money from your checking account (or straight from your paycheck after taxes are deducted) and contribute it into your 401(k) plan. Not all plans do this; in fact, many do not. If your plan does allow this, you can make up to $36,000 per year in those kinds of contributions to your 401(k) and then convert all of that money straight into a Roth IRA. Of course, this is all after-tax money, meaning you’ve already paid income taxes on it this year.

This is really only a good idea if you’re very concerned about high taxes in retirement or if you’re extremely young and can bank on your investments in your Roth IRA quadrupling (or more) in value by the time you reach the age where you can take money out of your Roth IRA. If you’re young and single and want to really hammer your retirement savings early in your career, this is a thing well worth considering. If you’re considering it, talk to the administrator of your 401(k) plan at work and ensure that you’re allowed to to make non-Roth after-tax contributions. You’ll also want to find out if you can make in-service withdrawals, which means that you can immediately do the “mega backdoor” Roth IRA conversions; if not, you have to wait until you leave your job and then do the conversion all at once. 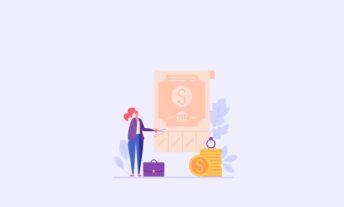