Auto debt has become a trillion-dollar industry, yet it’s a form of financing largely exempt from government oversight.

Car and truck buyers borrowed $119 billion in the second quarter of 2015, according to the Federal Reserve Bank of New York — an amount that brings outstanding auto debt to $1.01 trillion, the highest level in 10 years. How that debt is created, whom it goes to, and why it’s broadly unregulated are all matters of debate and contention.

Most importantly to you, it means that if you don’t shop around, you might pay too much for financing when you next buy a car or truck.

Traditionally, auto financing is originated by the local car dealer. As the Center for Responsible Lending has pointed out, a car dealer acts as a lender or broker (or, more commonly, both). The dealer “sells” the financing, and negotiates the price, term, and structure of the loan.

Later, the dealer may resell the loan to investors. The sale value of the loan depends on such factors as the amount borrowed, the interest rate, and the buyer’s credit standing. Naturally, consumers want the lowest possible rates, while dealers want the best deal they can get to create a more valuable loan for resale.

As cars age, they create a natural replacement market. Most Americans rely on cars to get to work and go shopping, so owning a car is often more a requirement than an option, even for individuals with weak credit. While subprime loans have become a rarity among mortgage lenders, that’s not the case with auto financing.

“Losses on car loans taken out by bad-credit borrowers are continuing to climb, thanks in part to the flood of rookie auto finance companies that have entered the market in recent years,” Bloomberg reported in August. “You can see the rise in subprime borrowers struggling to make car payments in monthly data on bond deals sold on Wall Street.”

“If borrowers with lower credit scores can’t get auto financing, then in many cases they can’t get to work or improve their finances,” said Rick Sharga, executive vice president at Auction.com. “Ideally, borrowers will better their financial situation and raise their credit standing, so that their next loan has better rates and terms. At the same time, the mortgage industry has shown the horrific downside of making subprime loans without managing risk and carefully underwriting these loans. Hopefully, we won’t see a similar meltdown in the auto financing industry.”

Given its size, one might expect the auto loan industry to be carefully monitored by the federal government, especially by the Consumer Financial Protection Bureau (CFPB). But that’s not the case.

Under a “carve-out” created by Congress with the passage of the Dodd-Frank Wall Street Reform and Consumer Protection Act, auto dealers are specifically excluded from oversight under the theory that, unlike banks, local car dealers don’t have the ability to deal with federal paperwork.

The CFPB has worked around the carve-out in several ways: First, instead of car dealers, it’s going after auto financing companies, alleging that car loans often include discriminatory rates and terms. So far, auto finance companies have paid out more than $200 million to settle such claims.

Second, in June the CFPB published a rule that defines some auto leases as a “financial product or service,” according to Alan S. Kaplinsky, who leads the Consumer Financial Services Group at law firm Ballard Spahr. This would be one way to get some regulatory traction into the auto field without directly regulating local dealerships.

How to Get a Good Deal on Auto Financing

Since most of us need a vehicle, it’s important to prepare for not just an auto purchase but also the financing that might go with it. Here are some steps you can take to get a better deal:

With rising inflation and more complexity in the market, it’s no surprise that auto prices have risen in recent years, and with higher auto costs have come bigger loans. In the same way that it pays to shop around for deals on a car, it also pays to look for auto loans that give you the best rates and terms. The good news is that such financing is increasingly available, and with a little searching, you can find it. 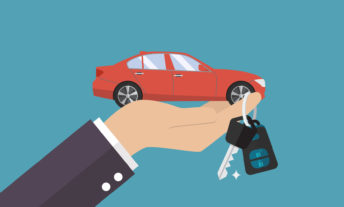 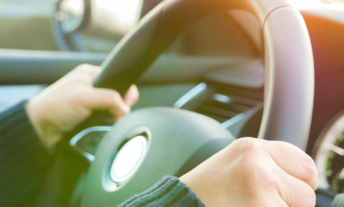