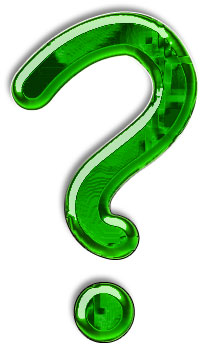 This week, The Simple Dollar is taking a deeper look at five common personal finance debates.

Going to the car dealership always feels like a game of roulette. You go in there, hoping to put your money down on a car that’s a winner, and walk out of the lot with something you actually want, not something you’ve been talked into by the dealer.

A big part of the whole process is deciding up front what you want, and the first decision is a big one: new or used? Each has its advantages and disadvantages and it’s worth a closer look.

What Are The Options?
The choices here are pretty straightforward: buying new, leasing new, or buying used. Buying new and buying used both mean that you plan to actually own the car and involves a title transfer and so on. Leasing a new car effectively means renting the car for a long period – the dealer owns the car – but the payments for leasing are far, far lower than the purchase price.

Leasing new enables you to get into a new car for a much cheaper price, but when the lease ends, you’re left with nothing. If you have a significant need to drive a new car on a budget (see below), this may be a reasonable option, but in the end, you’re playing the dealer’s game. After your lease runs out, you have no wheels.

Buying used lets you get into a car for cheap, but it’s not a new one. However, a late model used car usually gives you several years of driving before it needs to be replaced. This is often considered to be the best value for your dollar by many personal finance and car experts. For example, the CarTalk guys are “big proponents of late-model used cars,” and Liz Pulliam Weston says “The average new car loses 12.2% of its value in the first year, according to Edmunds.com; on a $20,000 car, that’s $2,440, or more than $200 a month. Some cars depreciate even faster, depending on demand, incentives offered and other factors. Why not let someone else take that hit? Not only will you be able to save money (or buy more car), but you’ll pay less for insurance.”

So What Should I Do?
The big question you need to ask yourself is does the car provide any extra value to me beyond transporting me from point A to point B? The answer to that question depends heavily on what you choose to do for a career and how much time you spend in the car. If you use your car to drive around clients, for example, you’ll have some extra value from having a shiny new car.

If you’re in that position, your decision is probably pretty easy. There’s added value for you to constantly have a newer car, so buying a car on a lease is likely the most effective way to go. If you want to minimize the miles on the leased car, consider keeping an old reliable used car around for personal use.

However, if you’re like most of us and don’t get any extra value from a car other than transportation, definitely include late model cars in the equation. Quite often (but not always), late model used cars offer the best value, but always compare the late model price to the new price. Some models don’t depreciate significantly (like Hondas and the Toyota Prius) and others may have large factory or dealer incentives to buy new (like a large cash allowance). If you can find an opportunity where a new car is only a thousand dollars or so more than a late model used, go for the new – such bargains are rare, but they do happen.

The key to buying a car is to take your time, do the research, and make the right buy for you. Know what you want (and know what prices you should expect) before you go, make sure you know about any special deals, and go to the lot as an informed buyer who’s not panicked to buy a car right away.