How Bank ‘Buffers’ Can Make or Break Your Mortgage Application 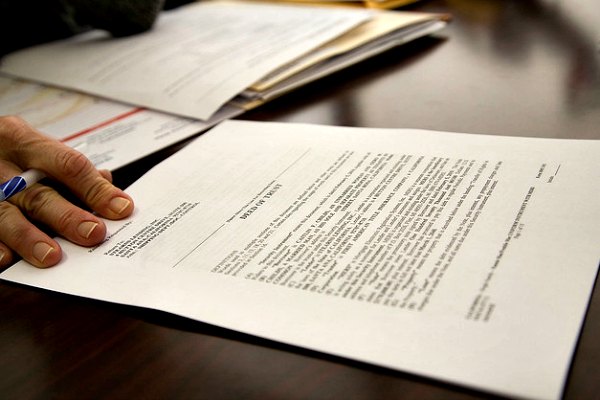 If you’ve got your mortgage application figured down to the penny, you may want to haul out the old calculator one more time.

Lenders may not be playing with the same set of rules potential borrowers hear so much about. To understand what’s going on we need to add a new term to our mortgage vocabulary: buffers.

It turns out that buffers are entirely common and, for a large number of borrowers, crucially important.

Lenders have always had basic loan standards, guidelines which helped determine whether a loan application was a “go” or not. In the past, however, such guidelines were somewhat fuzzy.

For instance, maybe only 28% of your gross monthly income could be used for housing costs, but the cap could be stretched in some cases because of an exception or compensating factor — some reason within the rules which allowed hard-and-fast guidelines to become flexible and mushy.

For example, maybe the usual standards don’t apply to a recent medical school graduate who has a student’s income today but, soon enough, will see his or her income rise substantially.

That was then, but now the lending climate is different. The perception is that loan investors and insurers largely want to see precisely and exactly what the loan standards require, and not a dime of debt more.

How Much Is Too Much?

A very interesting example of such precision emerged recently with allegations from the government that Quicken Loans, the nation’s largest FHA lender, violated federal loan standards.

Not so fast, said Quicken Loans.

Let’s look at the claims: In one case, according to the company, a borrower’s income had allegedly been miscalculated — by $2.10 a month. In another, the company said the government was upset because a loan was allegedly $26 over the limit — and the loan was for $99,500. (Full disclosure: I contribute to a number of mortgage and real estate websites, including some of Quicken Loans’ competitors.)

“The questions arising from the government’s claims — and Quicken’s counterclaims — have resulted in two reactions within the lending industry,” said Rick Sharga, executive vice president at Auction.com.

“First, this environment makes credit harder for borrowers to get, since many lenders believe that they may be unfairly subject to loan recalls and forced to buy back their loans from investors and insurers for even the smallest faults,” Sharga said.

Second, even if there are errors, lenders argue loan applications are so complex today that minor mistakes should not surprise anyone. In this view, even when there are small and immaterial errors, the more important question should be whether the loan is being repaid. If the answer is yes, then worrying about typos and tiny math errors is pointless.”

All of which brings us back to buffers. According to the National Association of Realtors, buffers come in several forms:

First, the rules say that lender fees and points for “qualified mortgages” cannot exceed 3% of the loan amount for mortgages of $100,000 or more. NAR reports that 25% of all lenders keep their charges below the 3% threshold to avoid going over the limit.

This may seem good for borrowers, but tighter margins may also force lenders to prefer loans that represent less risk and fewer complications, like applications only from borrowers with exceptional credit and strong employment histories.

Second, the “qualified mortgage” definition limits debts to 43% of monthly income in most cases, but NAR says a quarter of all lenders look for a better debt-to-income ratio (DTI) to avoid application errors from undisclosed debts — “better” in this case meaning less than 43%. For marginal borrowers, a higher DTI can result in a smaller loan or no loan at all.

Third, NAR reports that 15% of all lenders hold down rates to assure that the loan will fall within the “safe harbor” rules under Dodd-Frank — rules that keep lenders largely immune to the threat of buy-backs and lawsuits. The catch is that lower rates make writing mortgages less profitable for lenders, for all but the most-qualified borrowers.

Why do so many lenders use buffers? Basically, they’re afraid of accidentally violating some standard.

Imagine that a borrower is right up to the 43% debt-to-income limit — and, unknown to the lender, the borrower’s debts or income change during the loan application process. All of a sudden borrowers who once met loan standards may be over the line.

“The vast majority of mortgage borrowers are forthcoming about their debts during the initial mortgage application,” says Equifax. “However, the problem occurs during the ‘quiet period’ between the original credit file pull and the loan closing. Almost one-fifth of all mortgage borrowers, including those with solid credit scores and debt-to income (DTI) ratios, apply for at least one new trade line during this period. Many borrowers simply don’t realize how this new ‘undisclosed debt’ impacts their ability to qualify for their mortgage.”

Do buffers impact your loan application? If you have a credit score above 800 and a fat down payment, probably not. But most borrowers are not in that position.

Instead, large numbers of borrowers are near the limits — and, if the limits are lowered with buffers, maybe over the limits. That means the use of buffers is causing some loans to be denied.

Is the use of buffers within the rules? You bet. Another term for “buffering” is “layering,” adding requirements beyond baseline standards. And as HUD points out with regard to its FHA program, it wants to “discourage extreme risk layering for higher risk loans, while still enabling the use of compensating factors, as appropriate.”

What’s the difference between “extreme risk layering” and regular, everyday, run-of-the-mill, layering? No one is too sure, which is why many lenders are buffering their loans to reduce their risk.

For more information, speak with multiple lenders as you shop for a mortgage — some use buffers, some do not. Ask your lender if they use layering or buffers, and how that can impact your mortgage application.