The Very New Deal: How FHA Mortgages Are Changing for 2015 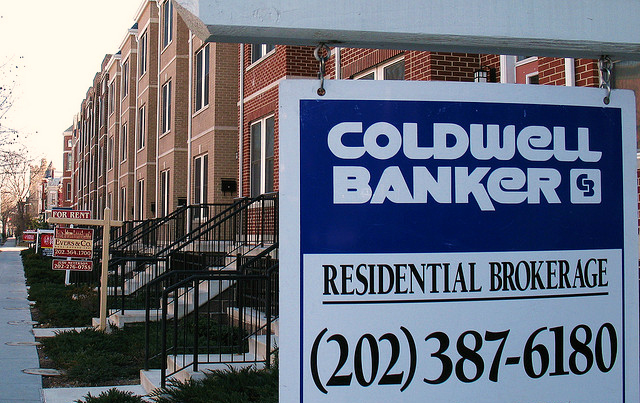 There are some changes coming to popular FHA mortgages this year. Photo: Mr. T in DC

The federal government established the Federal Housing Administration (FHA) mortgage program in the 1930s under Franklin D. Roosevelt’s New Deal, and it’s been a big hit ever since. In fact, more than 40 million FHA loans have been originated under the program, with large numbers going to first-time buyers.

What makes the FHA program so attractive? FHA loans are no-nonsense financial products that everyone can understand.

They’re available with low down payments — as low as 3.5% — a huge advantage for borrowers who want to buy today rather than wait years to save up the 20% down payment preferred by many lenders. The reason for the low down payment is that the FHA does not actually lend money to borrowers. Instead, it’s an insurance program. The borrower pays premiums, the insurance covers potential lender losses, and with a strong third-party guarantee in place, lenders are willing to make loans with little down.

The catch is that the FHA program is always in motion — so it’s no surprise that for 2015, FHA loans will be different. Some of the changes will be good news for borrowers, but others won’t be so positive. Here are the biggest changes for 2015 and what they mean to you.

Prepayment penalties have long been a problem for mortgage borrowers. The way they work is that if the borrower repays a large percentage or the entire mortgage within a short period, say three to five years, the lender is entitled to a prepayment penalty. Lenders argue that such penalties are justified because they have built-in costs, so they need the loan to be outstanding for a certain duration to ensure the mortgage is profitable.

The effect of prepayment penalties is to lock borrowers into their loans even when such financing is no longer attractive, such as periods when mortgage rates are low and refinancing can result in big savings.

For instance, imagine a loan with a 3% prepayment penalty that lasts for five years. Refinance the mortgage during the penalty period and, with a $300,000 balance, you’ll need to pay an extra $9,000 in cash at closing.

FHA loans have never had prepayment penalties. You can prepay an FHA loan at any time, in whole or in part, and not get slapped with a penalty.

It’s hard to imagine why this rule ever came into being in the first place, because HUD doesn’t get the interest, lenders do. In effect, lenders are getting interest for money that isn’t outstanding. This may not sound like a big deal, but according to HUD, such post-payment interest charges cost borrowers $449 million in 2012.

Both the Internet and late-night television seem to be obsessed with real estate flipping: buying property today and selling it for more money tomorrow, often using “other people’s money,” or OPM.

There’s nothing wrong with flipping real estate, any more than there’s something wrong buying stock today and selling it tomorrow. The problem is that a number of flipping transactions also involve mortgage fraud, appraisal fraud, wire fraud, or mail fraud.

With such fraudulent transactions, innocent buyers often wind up purchasing homes that are grossly overpriced, and with mortgages that are too expensive to maintain. The result is that illegal flipping often yields foreclosures, which lower nearby home values and lead to big mortgage losses for lenders.

In 2003, HUD came out with a rule designed to limit illegal flipping losses. The rule said HUD would not insure loans if a property had been resold during the past 90 days. Unfortunately, the rule not only impacted illegal flippers — it also hurt lawful rehabbers, people who come in and quickly fix up homes for rental or resale.

In 2010, HUD waived the rule, meaning it effectively did not exist.

Unfortunately, the waiver ended — so we’re back to the old rule for 2015: no FHA-insured loans for houses sold during the past 90 days, except for some minor exclusions such as estate sales, sales in presidentially declared disaster areas, and sales by governmental agencies.

Is this a problem? You bet. First, rehabbers employ people; less rehabbing means fewer jobs. Second, we want rehabbers to fix up homes so we can get them back into the housing inventory as rentals or owner-occupied properties. Third, rehabbed homes mean higher property values, so property tax collections go up — a good thing for local governments. Fourth, in a housing market that remains fragile, more occupied homes and fewer eyesores are good things.

All in all, bringing back the HUD rule will reduce real estate sales at a time when everyone would like to see more transactions.

Usually when we think of mortgages that require a low down payment, the typical options are VA mortgages, conforming loans with 5% down and private mortgage insurance, or FHA loans with 3.5% down.

However, in 2015 there will be a new choice in the mix: Both Fannie Mae and Freddie Mac have been authorized by government regulators to purchase loans with a 97% loan-to-value ratio (LTV), meaning just 3% down. Previously, conforming loans required at least 5% upfront — so the new standard represents a considerable reduction in the amount of cash needed at closing for many borrowers.

One of the side effects of the new conforming loan standard is that the FHA will face more competition. This is good, because it means that if borrowers shop around, they can determine which loan option is best for them after looking at both down payment requirements and insurance costs. For the FHA, however, it means some loan volume will be lost to Fannie Mae and Freddie Mac.

In May 2014, HUD proposed a new FHA program for first-time buyers, something called Homeowners Armed With Knowledge, or HAWK. This was supposed to be part of HUD’s “Blueprint for Access” initiative and scheduled to start in 2015.

Under the HAWK program, first-time borrowers would be able to obtain FHA loans at lower cost. Insurance premiums would be cut for borrowers who took pre-closing counseling classes, and even more for borrowers who took classes after their loans were originated and had full and timely payments for the first several years of the loan term. HUD estimated that borrowers could save roughly $325 per year with the program.

However, the HAWK program was specifically defunded in the “cromnibus” budget bill passed by the House at the end of 2014.

Why? Who knows? The bill didn’t say, but the answer isn’t hard to guess: There is the view that the FHA program should not exist, that the private mortgage insurance industry should take its place. One way to achieve this goal is to limit the expansion of FHA loan options, including new programs such as HAWK.

Another FHA initiative killed in the budgeting process concerned a proposed administrative fee that would be charged to lenders. This fee – $4 for each $10,000 borrowed — would be used to help the FHA acquire better technology. However, the charge would no doubt be passed along to borrowers, thus raising the cost to originate a loan.

The fee — which the Senate had passed earlier in the year – was opposed by major lending organizations and subsequently eliminated by Congress at the end of 2014.

While higher loan limits would have reflected rising real estate values, FHA loan limits for 2015 will be the same as 2014. Home values generally continued to rise in 2014, but they remain substantially below the peak prices seen in 2007.

For much of the country, the FHA limits are just fine. For example, the National Association of Realtors says the median home price in October was $208,300. At the same time, the FHA loan limit for a “low-cost” area is $271,050, so there’s plenty of lending space for most borrowers.

In high-cost areas, the story is different: Where real estate values are steep, borrowers need as much lending capability as possible – and sellers want increased limits so buyers can finance higher-priced homes. With flat loan limits, there will be fewer transactions in high-cost areas than might otherwise have been the case.

Despite various rules changes, 2015 is still likely to be a very good year for FHA borrowers. The post-payment interest charge will be gone for loans originated after Jan. 21, loan limits remain more than sufficient for most areas, and the possibility of still another fee has been blunted. Unfortunately, the flipping rule is back, the HAWK program for first-time buyers is dead, and, as always, the FHA program is not quite the same as it was.

Peter G. Miller is a nationally syndicated real estate columnist. His books, published originally by Harper & Row, have sold more than 300,000 copies. He blogs at OurBroker.com and contributes to such leading sites as RealtyTrac.com, the Huffington Post, and Auction.com. Miller has spoken before such groups as the National Association of Realtors and the Association of Real Estate License Law Officials.

1 2 3
Answer a few questions to see which personal loans you pre-qualify for.
It's quick and easy, and it will not impact your credit score.
Get Started
with our trusted partners at Bankrate.com
Latest from Trent
3 Ways to Keep Going When You Feel Like Giving Up
How to Convince Your Teens to Care About Finance
How to Find Your Financial Comfort Zone
Read more from Trent
Featured on: