During the height of my three-year battle with breast cancer, a diagnosis that required one dozen surgical procedures, eight months of chemotherapy, and eight weeks of radiation treatment five days a week, I was scraping to get by on disability payments and whatever odd jobs I completed when my energy allowed.

Needless to say, I wasn’t saving a dime for retirement during those three years (which is worth a discussion of its own), and I wasn’t paying off any of the bills I had accumulated prior to the diagnosis. Chief among those debts that I shelved were my graduate school student loans amounting to about $27,000.

In order to survive and still put food on the table for myself and my son (full disclosure: I am a single mom), and keep a roof over our head, I opted to defer my student loans for the duration of my treatment due to economic hardship. It was a decision that set me back tremendously — because while I wasn’t obligated to make monthly payments during those years, I was still racking up thousands of dollars in interest on the loans.

While I had little choice about the path I took, it seemed to me at the time that there should be a better option for people in my situation.

The good news is that there now is a better choice. As I was scrolling through the news recently, I came across a press release from Congressman Ed Perlmutter’s office that stopped me in my tracks.

The headline of the press release was “Cancer Patients Now Able to Defer Student Loans While Receiving Active Treatment.” It went on to note that such patients can defer their loans without accruing interest, including a six-month grace period after completing treatment.

It was as if someone had read my mind, and likely the minds of thousands of other cancer patients who have experienced the exact same challenge I did.

According to the release, the legislation was developed to provide desperately-needed financial peace of mind to patients battling cancer. And it has already been signed into law. (I had to reread that part of the press release at least three times to convince myself this was indeed real and I hadn’t misread or misunderstood something.)

Known as the Deferment for Active Cancer Treatment Act and introduced by Reps. Ileana Ros-Lehtinen (R-FL) and Perlmutter (D-CO), the legislation was signed into law in late September. Here’s what you need to know.

It has long been the case that individuals are allowed to defer student loan payment for various qualifying reasons such as going back to school, joining the armed services, or looking for a job, but cancer treatment has never been among the reasons one could qualify for deferment.

The new legislation enables individuals who are diagnosed with cancer to defer payments on federal student loans while actively receiving lifesaving treatment without interest accruing during the deferment period.

It also provides a six-month grace period after cancer treatment has finished, giving patients some much needed time to get back on their feet. (On behalf of cancer survivors everywhere – thank you for understanding that it takes time to get reestablished.)

Unfortunately, there isn’t much more information available about the new measure at this time. The specifics of the bill have not yet been posted online. Perlmutter’s director of communications, Ashley Verville, told me in an email that additional details are still being finalized.

“We are still working to try and figure out exactly how the program will work and the financial impact,” she said, adding however that individuals can start taking advantage of the program immediately and should contact their loan servicer.

“It is a common sense, bipartisan solution to address the rising number of student loan defaults amongst borrowers by empowering patients to continue repayment after they are back to full health,” said Perlmutter via email. “I appreciate the work of my colleague Rep. Ros-Lehtinen on this legislation and her work to provide this much-needed assistance to cancer patients throughout our nation.”

Who Stands to Benefit

Nearly 72,000 young adults are diagnosed with cancer each year, according to the the Ulman Cancer Fund for Young Adults. What’s more, according to the same organization, a cancer diagnosis between the ages of 15 and 39 is nearly eight times more common than such a diagnosis during the first 15 years of life. Today cancer is the leading disease killer among 20- to 39-year-olds.

But to be clear, it’s not just those 39 and under who have both student loan debt and cancer — countless others will benefit, too. I was diagnosed at age 42. While 36% of millennials carry student loans, according to a recent survey by AARP, so do 19% of Gen Xers, with an average balance of $39,000.

“Every American no matter their age deserves the same opportunity to survive and thrive after a cancer diagnosis,” she said. “Thanks to the leadership of Representatives Ros-Lehtinen and Perlmutter we have finally broken through and are working with policymakers to remove the unique barriers – like student loans – faced by young adults after a cancer diagnosis.”

While the new bill may have been adopted too late to help me, I can’t help but be relieved for those who follow behind me, who are still fighting cancer, or who are yet to be diagnosed. A cancer diagnosis is devastating enough, there’s no need to unnecessarily compound the stress with skyrocketing debt. This new program alleviates at least one part of the battle. 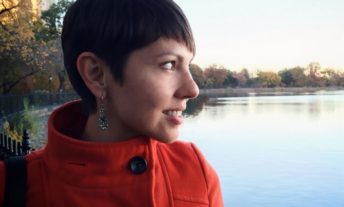 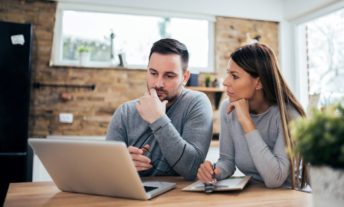 4 Risks to Refinancing Your Mortgage to Pay Off Student Loans