Student loans may have once started out as an affordable way to pay for college, but it has long since exploded into a $1.6 trillion system that leaves borrowers unable to save, buy homes or retire.

“There’s a lot of misconceptions about student debt, higher education and debt cancellation,” says Ashley Harrington, federal advocacy director at the Center for Responsible Lending. “There’s this idea that it’s a problem for the privileged when the stats show it’s not,” Harrington added.

Black borrowers are disproportionately impacted by student debt, which both contributes to and perpetuates the racial wealth disparity. The National Center for Education Statistics (NCES) found that 77% of Black students borrow federal loans to cover tuition costs, compared to only 57.5% of white students.

While the extent of the student loan crisis and what it means to forgive the debt might not be largely known, many experts and advocates agree that debt forgiveness could be an essential part of closing the racial wealth gap.

Access to college has always been unequal and Black students continue to depend on loans at higher rates. Historically-Black colleges and universities (HBCUs) have been consistently underfunded since their inception, despite the fact that in 2016, they awarded 26% of all African American Bachelor’s degrees — while only making up 9% of 4-year colleges.

These are not new facts. “The higher education system and how we finance it is broken. And it’s exacerbating the racial wealth disparity that already exists,” says Harrington.

Another hurdle Black students must face is for-profit institutions, which have come under scrutiny for disproportionately enrolling Black students in attractive programs that leave them with mounting debt. And with the repeal of the Gainful Employment Rule, accountability for these institutions is currently non-existent.

A study from the Levy Institute concluded that full student debt cancellation would put an average of $86 billion to $108 billion back into the economy for ten years. The money people wouldn’t be putting towards their loans would allow them to invest in other things — like start a business or buy a home.

Full debt forgiveness may never happen, but any amount will have a tangible effect on most borrowers’ finances. According to Harrington, most people in default on their student loans are low income borrowers and are in default for less than $10,000. In fact, only 6% of borrowers (out of nearly 45 million) have balances over $100,000.

Remember, there is no statute of limitations on student loans and you can’t discharge them if you file for bankruptcy. The government will try to collect your payments until you die, whether through wage or social security garnishing.

However, there is a percentage of loans that are uncollectible. “Because of systemic issues, some will likely never be able to pay off their debt, but we are still investing money in trying to collect that debt,” Harrington says. Loan forgiveness means necessary relief for borrowers, but it also means the government can stop spending on loans that will never be repaid.

Student loan forgiveness is only part of the puzzle

“It’s important to mention that while this is one aspect of potentially closing the racial wealth gap, it’s not the end-all, be-all,” Harrington adds. Student loan forgiveness is a considerable part of the racial wealth disparity, but it cannot alone solve such a deeply-rooted issue.

College is not a choice or luxury anymore and as pell grants haven’t kept up with tuition costs, loans are the only option for most students of color. The disparities in the education system for Black students continue to contribute to the wealth and income gaps, and while student debt cancellation is undeniably part of the solution, it cannot fix the problem on its own. 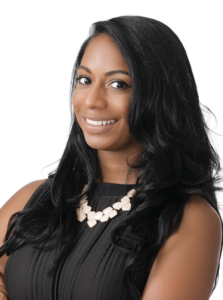 Ashley Harrington is a federal advocacy director and senior policy counsel at the Center for Responsible Lending (CRL). She writes articles and reports on student debt, mainly as it affects Black borrowers, and has provided testimony before the U.S. House of Representatives’ Financial Services Committee and Small Business Committee. Follow Ashley on Twitter. 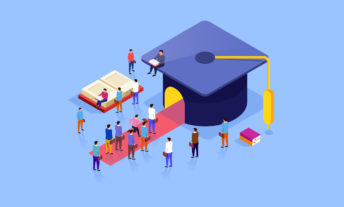 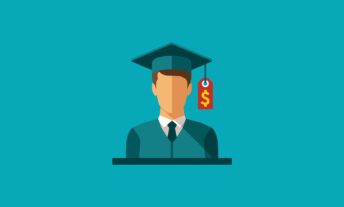 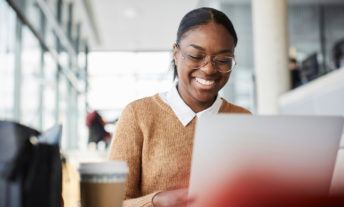