Public Service Loan Forgiveness: How to Qualify (and Why So Few People Do)

The U.S. Department of Education recently released some startling and sobering statistics regarding its Public Service Loan Forgiveness program: Of the 29,000 applications for student loan forgiveness that have been filed thus far, an astounding 99% of them were denied.

As one news organization pointed out, you have better odds of getting accepted into an Ivy League school than getting a Public Service Loan Forgiveness application approved.

Created in 2007, the Public Service Loan Forgiveness (PSLF) program was designed to reward those who spend at least 10 years working in the public sector – in other words, a thank-you to teachers, public defenders, nurses, firefighters, and cops, for example.

The deal is supposed to work like this: After 10 years of paying student loans faithfully, and making 120 qualifying payments, whatever remains of your federal student loan debt is forgiven by the government. But for many public service workers, that promise appears to have been less then genuine.

There are many explanations for the program’s dismal approval numbers. The Department of Education has attributed it to applications simply “not meeting program requirements,” according to an NPR report.

However, the Government Accountability Office (GAO) launched its own investigation into the matter and found that both individual borrowers and the companies that manage student loans for the federal government remain confused about the program’s requirements.

That’s a critical point. The program’s employment and qualifying repayment requirements can and have tripped up applicants with devastating consequences.

“There are three key elements necessary to qualify for Public Student Loan Forgiveness and they’re complicated, which is why tens of thousands of applicants did something wrong and received denial letters,” said Tobin Van Ostern, a student loan policy expert who has written several reports on the student debt crisis and co-founded Savi, a start-up focused on student loan optimization and enrollment support. “I’ve talked to the Department of Education about the program and was, unfortunately, not surprised to see the denial rate.”

With that in mind, here’s a closer look at the requirements for Public Service Loan Forgiveness, and how to avoid landing in that giant rejection pile.

There’s one specific type of federal student loan that qualifies for the PSLF program, and that’s a Direct Loan. Those who do not have a Direct Loan will be rejected when applying for forgiveness.

“This is the most common issue I see people have,” began Van Ostern.

The complication here is tied to the fact that those who obtained a student loan before July 1, 2010 may have received money through older federal student loan offerings, among them the Family Education Loan (FFEL) Program or the Federal Perkins Loan Program. Neither of those loans is eligible for the PSLF program.

“One of the most unfortunate cases is people who have the wrong loan type. They have an FFEL or a Perkins Loan, so they’re not eligible. These are still federal loans, but they’re different kinds of federal loans,” continued Van Ostern. “It’s really unfortunate when you have the right type of employer, and you’ve been making all of your payments on time, but unfortunately you have FFEL loans, so people think they’re on track for forgiveness, but end up being rejected.”

If you’re among those with an older loan product, don’t despair. There are actions you can take to make your loans eligible for forgiveness, such as rolling those older loans into a Direct Consolidation Loan.

There is a drawback however. Remember the rule stipulating that in order to be eligible for the PSLF program you must make 120 qualifying payments toward your loan?

If you’ve been paying for years on your Perkins or FFEL loan, all the while thinking you’re closing in on that 120 mark, be prepared for a setback. Those payments are not considered eligible payments, and thus will not be counted toward the 120-payment minimum. In other words, you’ll be starting from scratch again. Only the new payments being made toward the Direct Consolidation Loan will count toward that 120 figure.

Yet another primary reason applicants are unwittingly being denied loan forgiveness is they do not work for what the program defines as a qualified employer.

Qualifying employment is not about the specific job you do for your employer (it doesn’t matter whether you work in the manufacturing or marketing department); rather, the requirement is tied to the type of employer you work for. Eligible employers include:

The key here is to find out early on whether your employer qualifies for the program — before you invest years of your life, or make major life decisions, with the expectation that your loan is going to be forgiven.

To be sure your employer qualifies, complete and submit the Employment Certification for Public Service Loan Forgiveness form long before you intend to apply for loan forgiveness. In fact, says Samuel Deane, a financial advisor who has worked with numerous millennial clients on the PSLF program, you should be submitting that form every year and every time you change jobs.

“A good number of applicants submitted the form, but didn’t submit annually, or submitted it incomplete,” explained Deane, who says the recent flurry of news about the PSLF rejection rate has sparked concern among his clients. “When you switch employers, make sure to keep submitting that form, so that the Department of Education is aware of your employment and to make sure you’re still on the right track.”

Yet another important note about that form: It does far more than simply certify where you work.

“What makes the form misleading is that it’s called an Employment Certification Form, but it does a lot more than that,” said Michael Lux, an Indiana attorney and founder of Student Loan Sherpa, a website dedicated to student loan education, strategy, and borrower advocacy. “It triggers a review of your account and they will also look at your loans to make sure you have an eligible loan.”

The third big challenge applicants face is the requirement that they be part of a qualified repayment plan, and that each and every one of their 120 payments be made on time.

As for the 120 on-time payments, the program is very specific that each one of them must have been submitted by its due date. “If you make a late payment once during those 120 payments, you will be denied,” said Van Ostern.

But to be clear, that’s not a permanent rejection, Van Ostern stressed — you don’t need a perfect, consecutive streak, just 120 on-tie payments in total. So you can apply for forgiveness again once you’ve made more on-time payments, reaching a cumulative total of 120 payments made by the due date.

How to Qualify for Public Service Loan Forgiveness

To recap, here’s how to make sure you’re actually eligible for student loan forgiveness when the time comes:

Don’t Rely on Your Loan Servicer to Provide Correct Information

One of the findings that resulted from the GAO investigation into the PSLF program was that there’s a communication breakdown between the Education Department and the many student loan servicers contracted by the government to handle loan repayment processing.

One loan servicer in particular, FedLoan, has been the focus of much of the challenges. FedLoan is the contractor that officially handles PSLF. The company’s representatives have apparently declined to tell borrowers whether or not their jobs qualify as public service, according the GAO investigation. FedLoan has said they do not have a list of eligible employers.

But the FedLoan issue is just one concerning example. Experts who have been following the PSLF program and its many challenges say there’s a general lack of education and training among many loan servicers with regard to PSLF requirements.

“I have spoken to a number of people who were told by their loan servicer that they were on the right track, and then a few years later they found out they were not,” said Lux.

A Word to the Wise

As if those applying for the PSLF program don’t have enough red tape and confusion to sort through, there’s also unfortunately a great deal of fraud in this space, noted Van Ostern.

“People often get scammed when they go somewhere and think that they’re getting certified,” Van Ostern explained.

The alternative? If you have an existing financial advisor, someone you trust, he or she might be a good source. But even that’s no guarantee.

“This program is so unique and so new, it can be hard to find experts,” said Van Ostern. 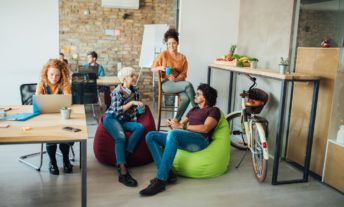 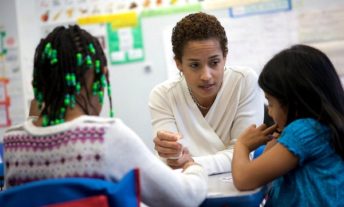 Student Loan Forgiveness: Jobs That Pay Off Your Debt