Income Share Agreements: A Fairer Way to Pay for College, or a New Debt Trap?

New York University recently made headlines with its bold announcement that it will offer free tuition for all medical students.

The school intends to begin covering the tuition of such students regardless of merit or need, because it’s concerned about the “overwhelming financial debt” graduates are saddled with.

The move was lauded as a step in the right direction at a time when the cost of attending college — and the resulting debt students take on — are both hitting record levels. Unfortunately, NYU remains a rare example of a university taking such measures to help ease the crushing financial burden of higher education in this country.

Some schools, however, have been offering a lesser known loan alternative for a few years now: income sharing agreements, or ISAs.

With an ISA arrangement, students pay for their education after graduation — and after they’ve secured a job. The school or a private investor fronts the student’s tuition and fees, and then takes a small, set percentage of the graduate’s income each month for several years, until the cost of the education is paid off.

In theory, ISAs present a sexy new way to address the spiraling cost of education. They also appear to hold a school’s feet to the fire, ensuring it adequately prepares students for a successful future, while placing a value on the education that’s based on a successful outcome.

A handful of schools offer ISAs — including Purdue University, Norwich University, Allan Hancock College, Lackawanna College, and Clarkson University — and according to several news reports, more schools are likely to join that list in the near future.

But while ISAs appear promising at first blush, they’ve also been fraught with false starts, with some private investors and schools initiating programs only to abandon them later. In addition, there are many factors a student should keep in mind before signing onto an ISA.

Here are the important takeaways for students contemplating this approach to financing a college degree.

ISAs are contractual agreements under which a student receives funds from either a private investor or a school’s philanthropic fund. The ISA recipient agrees to pay the investors or school a certain percentage of their salary after graduation for a set period of time.

ISA repayments can vary from 2 percent to 17 percent of one’s income, with terms varying based on a variety of factors, including one’s chosen field. Medical or engineering students tend to pay a smaller share of their income, and for a shorter period of time, than do fine arts or literature students.

ISAs can have a number of benefits. For starters, you don’t have to pay for college while pursuing your degree. But more importantly, many ISAs don’t seek repayment in times when the borrower isn’t earning a minimum income or is unemployed.

“Part of the elegance of an ISA is that the lender only wants a share of income when the borrower is getting a regular income,” explained Mark Kantrowitz, a leading national expert on student loans who has testified before Congress about student aid policy. “If you’re unemployed or underemployed, they’re not interested. So, from the borrower’s perspective, you’re automatically getting a suspension of payments when you’re not doing well.”

In addition, because ISAs are based on a percentage of income, graduates who fail to land steady or lucrative work may in the end pay less than the cost of their tuition under this funding approach, reports The Economist.

The Drawbacks of ISAs

Like any other form of debt, ISAs are potentially prone to abuse – and there are other drawbacks to be considered, too.

For instance, a student won’t necessarily end up paying back the same amount as was initially borrowed. Because ISAs are based on making payments for a set period of time, in some cases, you may end up repaying much more than the education actually cost.

Many programs offer caps on the total amount paid. At Purdue, for example, which first introduced ISAs in 2016, no graduate pays more than 2.5 times what they borrowed. But even with a cap, you could still be paying more than you would with a federal student loan.

There are additional concerns and criticisms surrounding ISAs as well, including that they’re a form of indentured servitude and that students from disadvantaged backgrounds could unfairly wind up paying more for the very same education as a more affluent student.

“Say student A is from a wealthy background and student B is a first-generation, low-income college student. Student B decides to do the ISA and they ultimately end up paying $28,000 for their education, hitting the typical cap on ISA repayment,” explains Rick O’Donnell, founder and CEO of Skills Fund. “But student A says, ‘I’m fine with taking a $14,000 loan at five percent interest.’ So, the school, in essence, will have charged $10,000 more to the person who is more disadvantaged.”

Questions to Ask About College ISAs

For students considering this route to financing a degree, there are several important questions to think about before signing on the dotted line.

To begin with, it’s critical to ensure that the full, potential cost you’ll be paying is fully disclosed, advises O’Donnell. If the school’s tuition is $14,000 a year, what’s the amount you’ll be repaying under the ISA terms? Will you end up paying more than that over the term of the ISA?

Caps can be complicated, so be sure the ISA agreement makes clear in dollar terms what you’ll be required to ultimately repay, and for how long.

You should also ask how the ISA will impact your credit score. Will it be treated as debt? Is it going to hinder your ability to get a mortgage or other loans? “Every ISA is different and its impact on your credit is important,” said O’Donnell.

What’s more, if it’s a school that’s funding the ISA and not a private company, find out whether the school intends to sell the ISA. Some schools without large endowments sell the loans on Wall Street at a discount because they need the money up front to operate.

Several schools and companies have tried to make a go of income share agreements over the years, but have had difficulty ironing out the details, says Kantrowitz.

Yale was among the first to attempt an ISA program in the 1970s. The school instituted a cohort model under which no one student’s obligation ended until all students in the cohort had fulfilled their obligation.

“So even if you had a few who were unwilling and unable to fulfill (the payments), then all of the students were required to keep making payments,” Kantrowitz says, “until Yale realized this was making a lot of alumni upset, so they ended program.”

Some private companies have also offered ISAs with varying success, among them My Rich Uncle, Lumni, 13th Avenue, Upstart, and Pave. Many failed, unwilling or unable to adhere to typical loan regulations, Kantrowitz says.

Still, not all ISA programs have shuttered. Perdue’s Back a Boiler income-share agreement fund, launched in 2016, remains in place and nearly 500 Purdue students have enrolled in the fund for a total of $5.9 million. Private investors are also coming back to the table.

“There certainly seems to be more interest on the part of investors than in the past,” Kantrowitz says. “They’re becoming more comfortable with cash flow characteristics of the product.”

But for the borrower, least for the time being, ISAs continue to be a product that should be approached with caution, perhaps even viewed as a last resort. Particularly because many federal student loans continue to offer better terms – they’re cheaper, more widely available, and offer income driven repayment based on your discretionary income, not your overall income as is the case with ISAs, which is an important distinction.

“I would advise a student to evaluate ISAs very carefully in conjunction with other options,” concludes Kantrowitz. “This is not a magical sweep-it-under-the rug solution. If you need an ISA to pay for college, you may be overborrowing or borrowing more than you can afford to repay.” 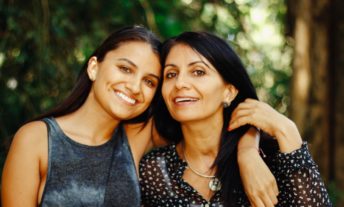 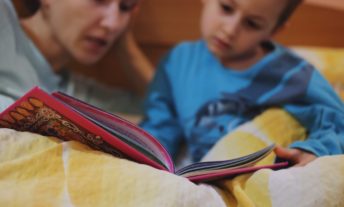 Single Parent Finances: Six Tips to Find Financial Success When It’s All on You