If the $1.6 Trillion Student Debt Was Aligned End-to-End It Would Stretch From the Sun to Just Beyond Mars

Political pressure is building to discuss our nation’s $1.6 trillion in student loan debt. In fact, last month more Google searches for “student loan debt” were made than ever before. 1.6 trillion is a difficult number to visualize or wrap your head around. We love playing with data and thought we’d take a unique perspective on this massive number of dollars owed.

We did the math and found that if the U.S. paid down the entirety of our student loan debt in physical dollars, the line of bills would stretch 155M miles! With astronomical numbers like these, we thought it best to present the data in a in a way Elon Musk might appreciate:

A Note on Planetary Movements

We’re by no means astrophysicists, but we can tell you that planets (including Earth) revolve around the sun at varying speeds and are never at a fixed, static distance away from Earth, The Sun, or each other. Mars, for example, can be as close to Earth as 34M miles but other times is 250M miles away. NASA says the average distance is about 140M miles away.  Planets also revolve around the sun in elliptical orbits so sometimes they are slightly closer or further away from the sun. The above numbers are averages.

A quick look at the math & student debt statistics we used 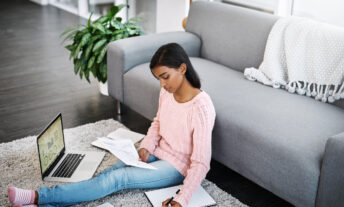 Should You Save for Retirement or Pay off Student Loans? 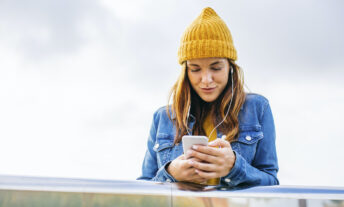