Young adults with the American dream of homeownership are increasingly waking up to something else: the reality of the student loan crisis.

A study by the Federal Reserve revealed that for every 10 percent increase in student loan debt a person holds, there’s a one to two percentage point drop in the homeownership rate during the first five years after exiting school. And the Federal Reserve Bank of New York determined that up to 35 percent of the decline in homeownership among adults 28 to 30 can be chalked up to student loan debt.

Some may shrug off those statistics or attribute them to the uncertainty of life and one’s career path in the years immediately after college. But the fact is that 83 percent of people age 22 to 35 with student loan debt who have not bought a house blame it squarely on their overwhelming loans – not their age, and not their careers.

The Federal Reserve points out that as student debt in this country more than doubled over the course of 10 years, home ownership markedly declined.

“I think student loans are our next big financial crisis as a nation,” said Jennifer Beeston, the vice president of mortgage lending at Guaranteed Rate Mortgage. “Student loans are the largest issue I’m currently seeing in potential homeowners. In many cases their student loan payments are as much or more than mortgage payments.”

To be fair, owning a home with a white picket fence out front — and the ongoing maintenance costs — is not everyone’s dream. But for those who do have such aspirations, monthly student loan payments are proving to be a triple whammy.

One of the key measures lenders consider when reviewing a mortgage application is an individual’s overall debt to income ratio. With student loan payments eating up a vast portion of the money borrowers have to live on each month, it has become increasingly challenging to pass this test successfully.

“As expensive as college has become, and with as much debt as the average graduate has, it’s difficult to add a mortgage to their monthly payments for the first few years after finding your career,” said Mike Windle, retirement planning specialist at C. Curtis Financial Group in Plymouth, Mich. “The biggest reason why student loans are impacting home ownership is its toll on debt to income.”

The good news is that more and more graduates are landing jobs right out of college, Windle said. However, it still takes most people as long as a decade to pay off their student loans.

Beeston, who has been a mortgage lender for more than a decade, says in recent years the amount of education-related debt her clients walk in with has skyrocketed.

“I spend every day talking to people about their finances. Over the last three years I have seen student loans becoming progressively more of an issue,” said Beeston. “Ten years ago, $100,000 in student loan debt would have been out of the norm. Now I see it every day.”

“I’m seeing people putting off buying a home because of their student loans,” Beeston continued. “This is not just doctors and lawyers facing this level of debt. I’m seeing it across the board.”

While federal student loans can offer some relief in times of financial hardship, such as deferment or forbearance, private loans typically don’t. And often when borrowers can’t make ends meet after college, they let student loan payments slide, falling behind a month or two or neglecting their loans entirely. This is one of the worst things to do if you hope to buy a home in the near future.

“If you default on your student loans, the hit to your credit score can cripple your ability to purchase your first home for up to seven years,” said Windle.

The student loan delinquency rate is currently around 10 percent.

While improving your credit score is typically something that takes time, you can also try providing mortgage lenders a letter of explanation, detailing the circumstances that led to the delinquency.

Saving a Down Payment

Squirreling away the down payment for a home is the third major obstacle faced by those saddled with enormous student debt. With a big chunk of your income getting siphoned off toward student loans, saving up the standard down payment — 20 percent of the purchase price — can become a distant dream, taking years to achieve.

On this front, Windle suggests not rushing to buy a home before you have enough money accumulated. Doing so may be far more expensive. Without 20 percent down, you’ll likely be required to pay PMI – private mortgage insurance, a fee that protects the lender if you stop making payments on the loan. The PMI fee is added to your monthly mortgage payment.

“I tell my clients not to rush. Take the time to save up and accumulate 20 percent so you don’t have to pay PMI,” advised Windle.

For those seeking a way around the 20 percent, Windle suggests researching Federal Housing Administration (FHA) loan programs, some of which provide mortgages to those who have as little as 3.5% for a down payment. These same programs often have lower credit score requirements, as low as 580 in some cases.

The FHA offers adjustable rate and fixed rate loans, which allow for financing up to 96.5 percent of the purchase, keeping closing costs and down payments to a minimum.

“This need is known even at those levels,” said Bechtel. “So you will see all kinds of programs today that require three percent down or one percent down. And these are not just programs for low and moderate income people.”

“The programs that existed up until the last year or two would allow for the low down payment only if you were low to moderate income. That was a trick box for many applicants,” Bechtel added. “But now you’re looking at one percent or three percent down programs that are not specific to low to moderate-income borrowers. There’s now a program for everybody.”

One of the most common pieces of advice offered by financial experts is to refinance your student loans if homeownership is on your to-do list.

A good refinancing program can lower monthly payments, making them more manageable and thus freeing up cash to put toward other things, such as saving up a down payment or paying a mortgage. Federal student loans also offer income-based repayment plans.

“It is hard to believe the number of people who have still not worked their way into an income-based repayment plan,” said Bechtel.

Few people are aware that mortgage lenders will now use the lower, income-driven student loan payment amount when calculating an applicant’s debt to income ratio. That’s a clear departure from previous policy — and a beneficial one if you’ve got student debt.

There was a time when regardless of what the actual monthly student loan payment was, lenders would still determine debt to income ratio based on the total student debt amount averaged out over the term of the student loan, Bechtel explained. The shift to acknowledging the lower monthly income-based payment is a big win for mortgage applicants.

And one last consideration, for the lucky few who have someone in their life who’s generous enough to help with the loans: Don’t squander the opportunity.

“If you have a family member who is willing to pay off your student loans, take them up on it. I often hear, ‘My parents would pay them off but I don’t want them to have to,’” said Beeston. “If anyone is offering, it’s because they know how crippling student loan debt can be.” 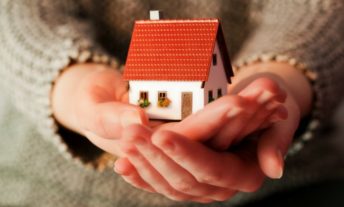 How to Save for a House Down Payment 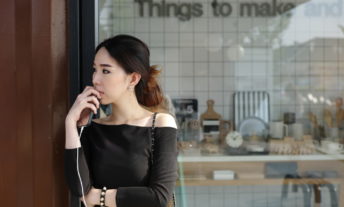