The True Cost of Student Loans

When you’re 18 years old and preparing to leave the nest, it’s easy to think you’ve got it all figured out. You’re ready for college, and you know that a college degree is a good investment in your future. You’re willing to do almost anything to make your college dreams come true, even if it means taking on a good deal of student loan debt. But is that really a good idea?

First, let’s put aside the cost of college and focus on the value of a college degree. Almost all modern research points to the fact that yes, a college degree is a good investment. According to a recent study from the Federal Reserve Bank of New York, adults with a bachelor’s degree earned almost $23,000 more per year — that’s every year, over an entire career — than high school graduates in 2014. Meanwhile, degree holders have an easier time finding a job to begin with: The unemployment rate for high school graduates was 6% in 2014, but just 3.5% for bachelor’s degree holders.

Why The School You Choose Matters

You can’t argue with the fact that, yes, a college degree is most likely a good investment in your future. The problem is, college degrees and their associated costs are far from standardized. Depending on the school you choose, you could easily pay twice as much (or even three or four times) for the same degree at a different school.

A look at the most recent figures from College Board shows exactly what I mean. Using national averages for the 2014-15 school year, College Board illustrates the average college tuition at various types of institutions of higher education:

As you can see, the type of school you choose can make a big difference in how much money you’ll fork over to sport that fancy cap and gown. And, more importantly, how much you have to borrow.

While financial aid can cut down the cost of earning a college degree quite significantly, it isn’t always enough to make up for the disparity between, let’s say, a public four-year in-state school and a private nonprofit.

Let’s be frank. Most of us don’t have the cash to pay for college anyway. Even when the Bank of Mom and Dad are there to help, the vast majority of students still need to borrow the rest. And while student loans are almost always considered “good debt” that can pay for themselves many times over, this is the moment where fortunes are made and lost.

This is the moment where you decide what kind of life you truly want to have – a lifetime of debt, or one where it’s easier to start a family, buy your first home, and move on with your life. When you’re young and ready to conquer the world, it’s hard to put debt into perspective.

You May Have to Wait to Buy a Home

According to the most recent data, approximately 70% of 2013 college graduates left school with almost $30,000 in student loan debt. Meanwhile, the average starting salary for college graduates in 2014 came in at $45,473.

Imagine starting your first job after college with a debt load equal to two-thirds of your first-year salary while also considering the prospect of buying a home, purchasing furniture, or even getting married. When you look at it that way, it’s no wonder that so many millennials are putting off their first home purchase in order to focus on paying off their student loans.

It’s not that you can’t qualify for a mortgage if you have student loan debt; it’s that monthly responsibilities like student loan payments, car payments, and other bills affect your debt-to-income ratio and play a part in how much you can borrow.

Most banks only allow a total debt-to-income ratio of around 43%, meaning your monthly payments for all debts combined must equal less than 43% of your gross income.

This is where student loan debt makes things much harder; not only does it chip away at your ability to borrow for a new home purchase, it also eats up funds you could use for a down payment.

The bottom line: Student loan debt may make it harder to buy a home. And the more debt you have, the more difficult it will be to move on to that next phase in your life.

You Could Still Be Paying Them Off When You’re 50

When the Federal Reserve Bank of New York analyzed student loan debt delinquency for the study “Student Loan Borrowing and Repayment Trends, 2015,” a striking trend emerged among all borrowers, both young and old. According to the study, nearly half of all student loan borrowers, or 46%, are listed as “current” on their loans, but are not actually in repayment.

What does that mean? Simply put, of the $1.2 trillion dollars Americans currently carry in student loan debt, more than $500 billion is just sitting in limbo, either because students are still borrowing to finish school or because they are still in deferment.

No matter how you cut it, that’s a lot. Meanwhile, it also says a lot about where we are headed. With so many borrowers still in deferment, it makes you wonder, “How long will it take for many of these borrowers to pay off their loans for good?”

According to the Consumer Financial Protection Bureau, the standard repayment schedule for federal student loans is 120 months, or 10 years. If you graduate from college at age 24, for example, and start paying right away, that means you can be debt-free when you’re 34. Not bad.

The problem, however, is that the more you borrow, the harder it will be to pay it all off. And that’s why people with certain types of loans, and much bigger balances, can opt for an extended repayment plan that takes up to 25 years. Your payments might be lower, but you might literally be paying them off until you’re a grandparent.

There’s No Way Out (Usually)

Here’s the biggest thing most young students fail to consider before they borrow more than they really need to – once you borrow the money, there’s no going back. You don’t get a redo, you can never discharge your loans in bankruptcy, and no matter what life throws at you, you’re stuck.

Aside from income-based repayment plans, which may grant complete loan forgiveness after 25 years, and some loan forgiveness programs for federal loans, you have few options aside from consolidating your loans or refinancing them in order to get a better deal. But even then, you will ultimately have to pay them off.

We’ve all heard stories about poor souls who overpaid for degrees that would likely never pay off. For example, an acquaintance of mine who paid $60,000 for a degree in women’s studies. And ahem, my own husband, who earned his first bachelor’s degree in theatre arts.

Once you make that choice, there is often no going back. And once you realize you made a mistake or borrowed much more than you ever expected, it’s too late.

Debt Can Stand Between You and Your Dreams

One thing that is hard to envision when you’re younger is just how much more difficult everything becomes when you’re in debt. That’s true of any kind of debt, of course, whether it’s credit card debt, an overbearing car loan, or even student loan debt.

Imagine all you could do with that money. Instead of schlepping your dollars to your student loans every month, you could buy a home and start a family. You could take a year off and travel the world. You could start a business. You could invest in your future.

That’s why it’s important to think long and hard before you sign that loan application. How much you borrow could make a big difference in whether you can follow your dreams – or whether you have to keep dreaming indefinitely.

How to Keep Student Loan Costs at Bay

Remember, borrowing money for college isn’t the problem – it’s how much you borrow that can truly hurt you.

That’s why you need to be smart about the amount of student loans you take out, in addition to the degree program you plan to pursue. Here are some tips that can help you make the best decision possible:

How much money you borrow can have a direct impact on what your life looks like 10, 20, or even 30 years from now. So before you sign on that dotted line, stop and think. Doing some research now could lead to a simpler, richer life once you graduate – but only if you really consider what your student loan debt might really mean. 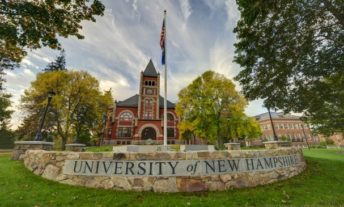 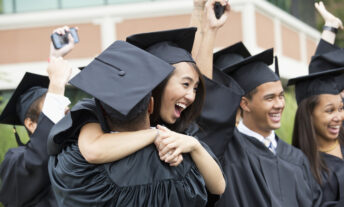 The Best Student Loans of 2021