When the nightly news or government agencies report on jobs with the highest demand, they are almost always talking about jobs in STEM fields – science, technology, engineering, or math. Most STEM jobs are not only high paying, but growing in number by the day. And if you have what it takes, pursuing a degree in any STEM field can be a smart way to snag a job with high pay and excellent job security.

But, what if you absolutely hate math? Unfortunately, many people who cannot stomach math or hate crunching numbers get scared away from degrees in science, technology, and engineering for this very reason. While not all STEM jobs require the use of math every day, the vast majority require you to earn a degree that includes high-level math as part of the core curriculum.

The good news is, there are a lot of fast-growing, in-demand jobs that don’t require too much math at all. You might have to take some basic math courses to earn your degree, but high-level math simply isn’t necessary. Here are 10 of them.

Web developers use a wide range of computer skills to create new web-based applications and domains. Using their skills and training, they write code to create the aesthetic look and back-end functionality of websites. That may sound mathy, but web development has more to do with language and logic than quadratic equations.

According to the BLS, web developers occasionally earn two-year or four-year degrees in computer science or a related field. However, many people get hired in these jobs based on their ability to write code in certain programming languages. And while a broad range of computer-related skills are required, heavy math isn’t.

Through 2024, the United States Department of Labor expects to see a 27% increase in the need for web developers. That could mean as many as 39,500 new jobs will be added nationwide. In 2015, web developers also earned healthy wages that averaged out to $70,660.

You may have noticed that people watch more TV, movies, and hilarious cat videos than ever these days, most of which are accompanied by commercials. Well, someone’s got to film and edit all that video footage. And that’s to say nothing of the gripping film on corporate responsibility that your human resources department made everyone watch at the company retreat.

To become a camera operator or video editor, you typically need to get a bachelor’s degree in film, broadcasting, or communications, where you’ll learn the principles of filmmaking as well as how to use cameras and editing software.

As businesses, states, and municipalities across the U.S. look for more and cleaner ways to create energy, the need for qualified wind turbine technicians is expected to rise. These professionals use their skills and training to build, maintain, and repair wind turbines that harness wind to create electricity.

The Bureau of Labor Statistics reports that most wind turbine service technicians worked in electrical power generation last year, but that many also worked for utility companies. They almost always work outdoors and may be required to climb especially high ladders to work on wind turbine components.

Because wind energy is still in development, jobs in this field are expected to surge dramatically. The Bureau of Labor Statistics reports employment for these workers could increase by as much as 108% through 2024. (Likewise, demand for solar photovoltaic installers is projected to increase 24%.)

To get started, notes the BLS, you can usually receive training for this job during a two-year stint in technical school. As of 2015, the national annual mean wage for these workers was $53,030.

Occupational therapy assistants perform a wide range of tasks and therapies under the supervision of a licensed occupational therapist. Depending on their role, they may provide therapies and support activities and encourage patients to complete their exercise or therapy assignments. They are also in charge of filling out forms and monitoring their clients’ progress and success.

Most of the time, occupational therapy assistants earn a two-year degree from a community college or technical school. Subjects studied during these programs include psychology, biology, and pediatric health, among others.

Because health care continues to be in demand all over the country, employment for occupational therapy assistants is expected to increase an amazing 43% from 2014 to 2024. If that’s the case, that means 14,100 new jobs will be added nationally over that time frame.

Physical therapy assistants provide a wide range of support for physical therapists and their patients. They help clients perform their activities and therapies, report patient status and progress to their supervising therapist, and educate family members and clients on how to fully recover after treatment.

To get started in this career, you usually need to earn a two-year degree from an accredited physical therapy assisting program. While some math will be required during school, you won’t rely heavily on it once you graduate.

As the use of diverse languages spreads across the United States, the need for qualified interpreters and translators can only rise. In addition to translating different languages for businesses, these individuals work directly with others through social services, government agencies, and elsewhere. According to the Bureau of Labor Statistics, around 20% of interpreters and translators were self-employed in 2015. Further, around 29% worked mainly in professional, scientific, and technical services.

Becoming an interpreter or translator usually begins with a bachelor’s degree in English or another language. While some math is required for all bachelor’s degree programs, it isn’t something you’ll need to use every day once you get started in your career.

If you prefer helping people to crunching numbers, there’s a demand for qualified therapists to help families and and individuals manage emotional and mental health disorders. They listen to clients and ask them questions to diagnose and treat disorders such as anxiety or depression, and help clients adjust to difficult changes in their lives, such as divorce and layoffs.

Counselors and therapists typically need a master’s degree in psychology or clinical therapy, as well as a license in their state, which requires completing an internship or residency and passing a state-recognized exam.

That may sound like a lot of work just to get out of math class, but the effort may be worth it: Job opportunities in this field are expected to increase 19% through 2024, adding a whopping 31,400 positions across the U.S. Meanwhile, the annual mean wage was $43,190 nationally in 2015.

Athletic trainers provide a range of services to athletes in their care. According to the Bureau of Labor Statistics, they evaluate existing injuries, create programs to build muscle strength and stamina, prescribe methods that help people avoid injury, and develop rehabilitation programs for athletes.

The BLS reports that many athletic trainers work in educational settings, but that hospitals and recreational centers are also popular places for employment. To begin this career, you usually need to earn a bachelor’s degree in exercise science, which will include health-related courses such as biology, anatomy, physiology, and nutrition.

Mechanical insulators are charged with applying insulation to equipment, pipes, duct work, or other components of business and factory buildings. They also remove old insulation and replace it with a newer, more energy-efficient product.

According to the BLS, the largest employer of these workers in 2014 was the building equipment contractors industry, which employed 55% overall. However, another 20% of these workers made their living working with drywall and insulation contractors.

Between the ongoing needs of new construction and older buildings that need to be retrofitted with better insulation, demand in this field is expected to be high. Through 2024, employment is expected to increase 19%, adding 5,800 new jobs in the process. In 2015, these workers brought home around $49,970 on average.

Dental hygienists provide support services to dentists. They clean patients’ teeth, check for cavities and other abnormalities, and prepare patients to see the dentist. Often times, they also keep records and patients’ charts up-to-date, documenting their procedures and cleanings.

Dental hygienists usually work in dentist offices, although some work for government agencies and other employers. To get started in this career, you need a two-year degree from an accredited dental hygiene program.

According to the BLS, job openings for dental hygienists could increase by as much as 19% from 2014 to 2024. Plus, dental hygienists earned great wages overall. In 2015, the national annual mean wage worked out to $72,720.

Hate math? You’re certainly not alone. The good news is, there are plenty of careers to consider if you really, really can’t stomach the idea of working with numbers or taking calculus to graduate. And with any luck, the only number you’ll have to worry about is the one on your paycheck.

Do you use math on a regular basis at your job? Do you enjoy working with numbers? 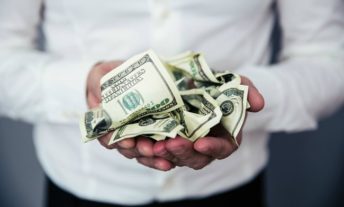 How to Make Money 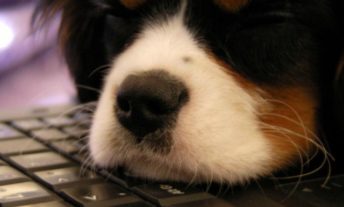 How to Make Money Online Without Really Trying