This is part of a series in which we re-evaluate Money Magazine’s “25 Rules To Grow Rich By”. One “rule” will be re-evaluated each weekday until the series concludes; you can keep tabs on the action at the 25 Rules index.

Rule #20: The best way to save money on a car is to buy a late-model used car and drive it until it’s junk. A car loses 30% of its value in the first year.

Here’s another rule that I almost completely agree with. Late model used cars are the best deal on the market, because they’re almost always cars that have seen their 24 or 36 month lease end while the buyer jumps up to a new car under another lease. Quite often, they’re in great shape, haven’t been driven all that much, and are set to be used for many years.

How do you do this? Once you pay off your car, keep making payments on it. Instead, put those payments in an account where you can’t touch them for a while. Keep driving your car until it’s junk, but keep making “payments” on them into a separate account. Eventually, your car will be ready for the slag heap.

Let’s say, for example, that you bought your car in January 1995 for $12,000 and thus had $300 payments for four years on it, so you sent in your last payment in December 1998. You kept making payments on the car, putting them into a savings account that bears 4% interest (you can easily beat that, but we’re using a low number here). You finally give up on your car in January 2006 and head to the dealership, where he offers you $1,000 in trade for the old car. How much of a car can you get right then and there, paying cash, and never having a payment on it? Try a $30,000 car… you can get a pre-owned Lexus free and clear, or pretty much anything else you might want.

A little bit of planning ahead completely changes the nature of the game. Let’s rewrite that rule.

Rewritten Rule #20: The best way to save money on a car is to pay cash for a late-model used car and drive it until it’s junk. A car loses 30% of its value in the first year. 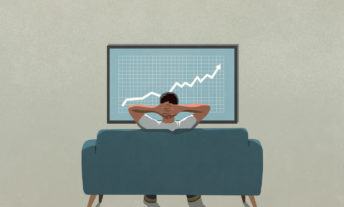