70% of Working Americans Need a Pay Increase This Year

Annual salary increases in 2021 are more vital than ever after a year of volatile economy and job market changes. A new The Simple Dollar survey found that 70% of employed U.S. adults say a pay increase would be important for their household’s financial wellbeing. Despite this, about 40% of respondents are not expecting a pay increase this year.

We’ll break down everything we learned about pay increase expectations and how people would spend the additional income.

Under half of working adults in the U.S. are not expecting to receive an increase in pay this year. That could be due to the nature of their industry or job type, or be a result of the tumultuous year many businesses have experienced. Respondents who make less per year are less confident in a pay raise — 56% of those making $80,000+ are expecting a pay increase this year compared to only 36% of those making under $40,000.

Younger workers are also more likely to expect a pay raise. Younger millennials (50%) and older millennials (53%) are expecting a pay increase compared to 39% of Gen X and 40% of younger boomers.

More men than women are expecting a pay raise in 2021

Our survey found that 10% fewer women (39%) expect a pay increase in 2021 than men (49%). Despite the same percentage (70% of men and 70% of women) that say getting a raise is important to their household’s financial wellbeing. Both male and female survey respondents indicated equal importance of a pay raise increase this year to their financial wellbeing.

More Black adults are expecting a raise than white respondents

70% say a pay raise is important for financial wellbeing

A majority of working U.S. adults feel receiving a pay raise would be important for their household’s financial wellbeing in 2021. While an equal number of men and women indicated it would be important for their financial wellbeing, there was a discrepancy when it came to racial demographics. 88% of Black respondents said a pay increase is important to household income vs. 65% of white respondents.

Of those that indicated they weren’t expecting a pay raise, 62% said it would be important to their financial wellbeing.
It’s a challenging year to know you may not be receiving more compensation. If you aren’t expecting a pay raise but need more income to support your financial wellbeing we recommend picking up gig work, creating passive income streams, taking online classes for in-demand skills and adjusting your lifestyle to live below your means. Not everyone has the access or luxury to make these kinds of changes, and can turn to local nonprofit or small government programs offering financial assistance right now.

Most would dedicate a pay raise to everyday expenses and savings

For the 62% of those that say a pay raise would be at least somewhat important to their financial wellbeing (but are not expecting one) — more than three-fourths (76%) claim they need one this year to cover the cost of everyday expenses. Another 59% say a pay increase is important for saving for emergencies, and 46% need it to pay their mortgage or rent.

If your annual raise isn’t a guarantee, you may want to consider having a conversation with your manager. Advocating for your pay increase can go a long way in getting you that raise and impressing your manager by showing initiative, confidence and drive. Be familiar with your company’s success this past year and aware of any significant impacts the pandemic may have had on the business — this information could influence whether you get a raise and how much it’ll be.

All figures, unless otherwise stated, are from YouGov Plc. The total sample size was 2605 adults (of whom 1056 qualified as “employed adults”). Fieldwork was undertaken between 11th – 14th December 2020. The survey was carried out online. The figures have been weighted and are representative of all US adults (aged 18+). 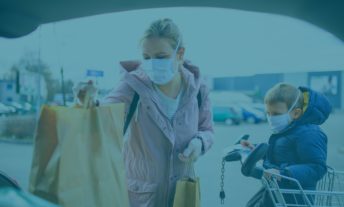 Survey: 22% of Americans Aren’t Confident They Can Cover Expenses This Year